A Perfect Storm of Wrongs, Righted 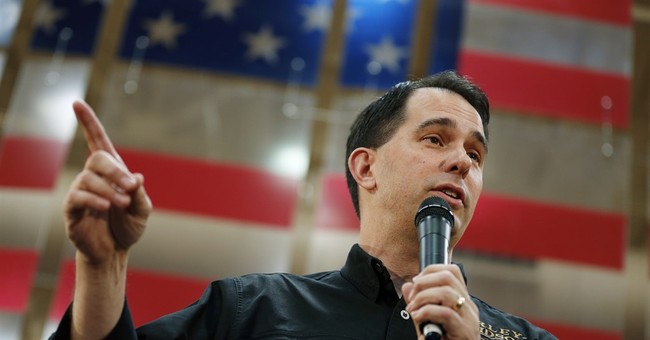 Sometimes the good guys win . . . but only when they stand up to the bad guys. Nowhere is this more true than in politics, especially with the increasingly vicious partisan attempts to criminalize opposition.

On a fall day back in 2012, before dawn, SWAT-styled police with battering rams raided the private homes of a number of Wisconsin families to seize their computers and cell phones and files and more.

Well, there were no charges.

This was simply the opening salvo in a long and intrusive “John Doe” investigation of 26 groups suspected of violating Wisconsin’s campaign finance regulations by allegedly coordinating their activities with Gov. Scott Walker’s campaign.

There was no illegal coordination. To this day, after years and much “evidence” gathering, no one has been charged.

Ever have your home raided by the police?

If one were a rapist, a murderer, a terrorist waiting to kill and maim, perhaps an armed police raid wouldn’t shake one up too much. It’s feared but expected, comes with the territory.

But these folks were regular peaceful citizens. People like us. They were being investigated not for violence but for violating a campaign finance reg.

It raises a scary question: Is America a country where such a thing can happen?

Scary, because the answer is obviously yes.

Certainly, the freedom found in our “Land of the Free” has never been universal or perfect. This requires that we judge this place — and all nations — on the ability of people to right wrongs, to improve their liberty through political action.

Of course, this means citizens must take the trouble to demand their rights — and “a redress of grievances.” They must not stand around like bleating sheep, waiting to be fleeced or slaughtered.

Yet, John Doe probes such as Wisconsin citizens suffered through strip them of the lawful power to fight back. What makes a case a “John Doe” probe is that it comes with a gag order attached: those being investigated are ordered to remain silent. Those who suffered from the Wisconsin raids were told that they couldn’t tell anyone other than their attorneys. They were not legally allowed to spread a word about what was happening without facing additional legal jeopardy.

The operation was totalitarian-thorough: children, forced to miss school waiting while their homes were ransacked, were told to lie to school officials as to why.

Had Eric O’Keefe, head of the Wisconsin Club for Growth, not bravely defied the gag order and spoken out about this sinister and illegal political witch hunt, it might indeed be proceeding apace and in secret — without the people of Wisconsin or America having any knowledge of what their government was doing.

Federal District Judge Rudolph Randa not only ruled in O’Keefe’s favor, he ordered that all materials taken by DA Chisholm and his speech police be immediately returned and any copies made of documents or computer hard drives be destroyed. Randa seemed incensed by the tyrannical disregard for fundamental rights, writing that the “theory of ‘coordination’ forming the basis of the investigation, including the basis of probable cause for home raids, is not supported under Wisconsin law and, if it were, would violate the United States Constitution.”

Yet, Randa’s preliminary injunction was stayed by the Seventh Circuit Court of Appeals, to allow state court proceedings regarding the investigation to conclude.

Weeks ago, we learned through discovered emails that Lois Lerner, who has retired with a lavish pension after refusing to testify about her admitted role in the partisan IRS clampdown on conservative and Tea Party groups, is indeed big buddies with the head of the Wisconsin Government Accountability Board, the state’s campaign finance police agency. Though Governor Walker won re-election in 2014, the silencing of 26 groups via judicial gag order and threatened prosecution was undoubtedly a major Democrat success.

This week, finally, the Wisconsin Supreme Court came down with its ruling, emphatically shutting down the John Doe investigation.

“It is utterly clear that the special prosecutor has employed theories of law that do not exist in order to investigate citizens who were wholly innocent of any wrongdoing,” wrote Justice Michael Gableman in the majority opinion. “In other words, the special prosecutor was the instigator of a ‘perfect storm’ of wrongs.”

Strong stuff. But the majority went further, acknowledging the courage and commitment of those who were victimized.

“It is fortunate, indeed, for every other citizen of this great State who is interested in the protection of fundamental liberties that the special prosecutor chose as his targets innocent citizens who had both the will and the means to fight the unlimited resources of an unjust prosecution. Further, these brave individuals played a crucial role in presenting this court with an opportunity to re-endorse its commitment to upholding the fundamental right of each and every citizen to engage in lawful political activity and to do so free from the fear of the tyrannical retribution of arbitrary or capricious governmental prosecution.”

Thank you, Mr. O’Keefe. And thanks to those other Wisconsinites who stood up alongside him. They stood up for their right to be free.

And, accordingly, for ours.