The Buxom Bailout Babes of the Umpteenth Brumaire 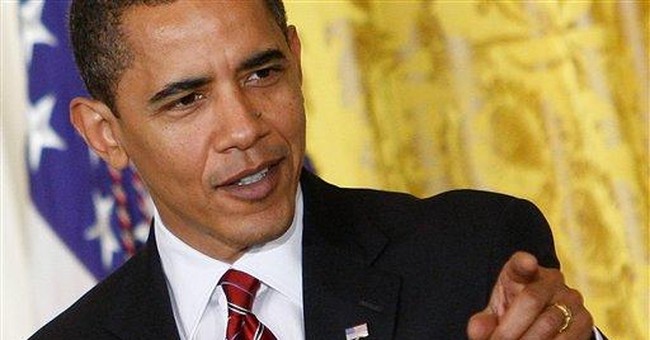 I never thought I’d do it. I’m about to quote a Marxian witticism.

It’s the first two sentences of The Eighteenth Brumaire of Louis Bonapart. This is what Karl Marx said, this is what that great and evil thinker said:

Hegel remarks somewhere that all great world-historic facts and personages appear, so to speak, twice. He forgot to add: the first time as tragedy, the second time as farce.

Self-refuting, perhaps. Apply the sentence to the two relevant names: Hegel plays the comic figure; Marx, obviously, the tragic. Following Hegel, enthusiasts would speak airily of the Spirit and of History and so forth — you know, granola-crunchy college-educated nonsense; following the younger thinker, Marx, enthusiasts would kill hundreds of millions of people.

But let’s play along. Take the Great Depression. That was tragic. Right?

Now take our current economic downturn. Nonsense is being uttered about it from the highest turrets of our best universities to, uh, the depths of Salon.com and the Daily Kos.

It has taken years to clear away fact from nonsense about the Great Depression. Scholars have labored in backwater colleges as well as prominent universities, sifting truth from propaganda about that inglorious time.

They certainly labored against a deluge. Franklin Delano Roosevelt has received so many encomia that the monument of verbiage covers over any truth. For years there, it seemed everyone treated FDR as the second coming of George Washington. Even Ronald Reagan admitted to admiring FDR.

But the scholars did their work. Murray Rothbard explained how the Federal Reserve brought the Great Depression into existence, and demonstrated that Herbert Hoover was anything but laissez-faire. Milton Friedman and Anna Schwartz showed exactly how the money supply collapsed after the initial busts. A horde of scholars have noted the amazing and awful destructive powers of the Smoot-Hawley tariff, helping kill production in the U.S., thereby exacerbating an already bad situation. And, more recently, economic historian Robert Higgs has shown how FDR’s New Deal policies inspired a complete lack of producer confidence, making sure the Depression lasted longer. Indeed, this “regime uncertainty” got worse after FDR’s second round of New Deal nonsense.

Yes, the Great Depression was tragedy: Ruining lives and fortunes and corrupting our political system — even unto the degradation of our written Constitution, which remains intact about like how we say a zombie remains intact.

Sorting this tragedy out, by scholars, has taken a long time. Explaining it has not been easy. Getting these truths accepted, harder yet.

It’s one of the costs of doing bailouts. You have to throw out reason.

How low can this farce go? Well, any downturn that sets politicians to offer bailing out failing newspapers has descended low indeed.

When I first read about this a few weeks ago, I could barely process the notion. Reuters quoted a former editor of the Miami Herald as arguing, in a nutshell, that “democracy” has an “obligation” to “help preserve” a “free press”:

“I truly believe that no democracy can remain healthy without an equally healthy press,” said [Tom] Fiedler, now dean of Boston University’s College of Communication. “Thus it is in democracy’s interest to support the press in the same sense that the human being doesn’t hesitate to take medicine when his or her health is threatened.”

There are so many lapses to his perfect analogy that, well, it almost takes the breath away.

The press and the government, at their best, are adversarial. That’s why the press is so good for democracy. But, start supporting the press (as we’ve already done, alas), and, yes, the value of the press goes out the window. Or, “severely plummets,” anyway.

Further, the idea that the press is the same thing as newspapers is absurd. The “press” is a metaphor for speech carried on by recorded and encrypted means (I’m channeling Marxian professors, here), and it includes radio, television, and the Internet, including the blogosphere. Originally, it meant, especially, the publishers of pamphlets and broadsides.

If every newspaper were to die this year, we would still have “the press.” It may be hampered, hobbled, and hideously disfigured, but it would still exist. (On the other hand, without papers, the press might be less sanctimonious, easier to read, and not filling up our garbage dumps.)

This eventuality (unlikely as it is) may have a bright side: Perhaps without the presence of newspapers, we could take seriously the freedom of the press and chuck the bulk of regulations and landlord rule over the airwaves. (Yes, let Anchorman X swear, if he thinks it’ll get him better ratings. I’ll go to his swearing-forswearing competition.)

The idea of bailing out newspapers is absurd. But, once you bail out businesses that have made horrible decisions, or sucked up to the government tit too often, or any institution that seems “too big to fail,” you open the door to, well, anything.

At least we know Flynt had his tongue in his cheek. Where it belongs. Other absurd bailout requests? Not so obviously ironic.

Any proposal that these United States — a union conceived in liberty, mind you — subsidize newspapers rings like a sick joke.

Or a farce — yes, thank you Mr. Marx. . . . though when it comes to Marxian comedy, I even prefer Zeppo to Karl.

This is one farce where it only hurts when you don’t laugh.