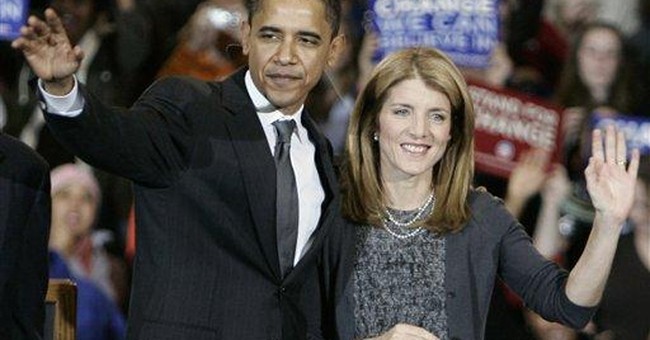 In little more than a week, Barack Obama assumes the office of president of the United States and, once again, all will be right with the world.

At least, that’s how some see it. Me? I haven’t consumed any of that Kool-Aid.

It may be that Obama will bring some positive change to the federal government. But just how much harm will his big-government philosophy pile on? Coming from Chicago’s Democratic machine via less than a full term as arguably the most liberal United States senator, Obama offers mostly grist for the skeptics’ mill.

It remains unlikely that we’ll see any meaningful reform, and surely no shrinking of big government.

But remember, President Obama is not acting alone. He will have accomplices.

Though the outgoing Congress earned the lowest public approval scores in the history of such polls, soon-to-be President Obama certainly seems to be counting on the new, even worse, Congress.

Unprecedented for a president-elect, Obama made a national television address before his inauguration to urge swift action on the economy. NBC News reported, “While short on specifics, Barack Obama said that Congress needs to act fast.”

We’ve been getting this “short on specifics” stuff a lot lately. In fact, close to 100 percent of the time. Little explanation or analysis. No deliberation. No transparency. No accountability. Just hysterical (or in Obama’s case: much calmer) pleas to do something — anything!

Has anyone considered the possibility that neither Obama nor Congress has a magic wand with which to wave away our economic troubles? So far, talk of spending an eight or ninth or tenth trillion on more bailouts of failing companies and giving tax cuts to people not paying any taxes are the best things they have come up with.

Where will they get more trillions? The dough could come from us in the form of very unpopular higher taxes, but that too obviously defeats the purpose of this Dr. Frankenstein game. More likely the money will be borrowed (please, President Hu Jintao) and then the money plus interest will be repaid by our children and grandchildren, through onerous taxes.

Or they could simply print lots of new money. Inflating the money might spur the economy for a time. But, long-term, it would steal much of what’s left from those who have managed to save.

Sure, weeks ago this column discussed the audacity and arrogance of the old Congress taking a pay raise — but what about this new Congress?

In its first week, Speaker Nancy Pelosi and House Democrats changed the rules to repeal their own biggest reform from last session, scrapped term limits on powerful committee chairman and eviscerated the minority’s right to be heard.

As part of the majority’s new rules package, Democrats embraced the practice of holding votes open for hours (or days, if necessary) for leadership to twist arms to change the outcome of a floor vote. Republicans had used this tactic and Democrats had then reversed the policy upon gaining majority status. Now, the Democrats signal a shift, to mimic the most corrupt practices of the vanquished Republicans.

On committee chair term limits, Democrats did the right thing by keeping the popular limits after taking control in 2006. Now it is reported that they were just timing their unpopular power grab for later. Those term limits are now gone, repealed, so that career politicians such as Charlie Rangel and Barney Frank can bang their powerful gavel in perpetuity. To their credit, Republicans have kept their term limits for ranking minority committee members.

The majority Democrats also made it much tougher for minority Republicans to force votes on various issues. The previous rule had allowed Republicans to embarrass Democrats by forcing votes on alternatives. Heaven forbid that Congress should consider — or vote on — more than one idea.

Republican Minority Leader John Boehner of Ohio sent a letter to Pelosi saying these initial actions have “grave implications for the American people and their freedom, coming at a time when an unprecedented expansion of federal power and spending is being hastily planned by a single party behind closed doors.”

Boehner is right to complain, but I fear that were this “unprecedented expansion of federal power” to arrive in a more bipartisan wrapper, he wouldn't squawk. In fact, I do not recall his earnest concerns over President Bush’s many breaches of constitutional limits and common sense.

I don’t mean to be pessimistic. Just truthful.

Our republic is in trouble. We have to recognize that our economic problems are but a symptom of even bigger political problems.

Sorry Liberals, But The Nazis Were Progressive Leftists
Townhall
Chuck Todd asks Nancy Mace about impeaching Biden and gets attacked by the Left
Twitchy
Kari Lake Drops the Hammer on Liz Cheney After Pathetic Attack
Redstate
CNN to Be Sold to Fox News? That Would Be Hilarious
PJ Media