Paul Greenberg
|
Posted: Jul 07, 2016 12:01 AM
Share   Tweet
The opinions expressed by columnists are their own and do not necessarily represent the views of Townhall.com. 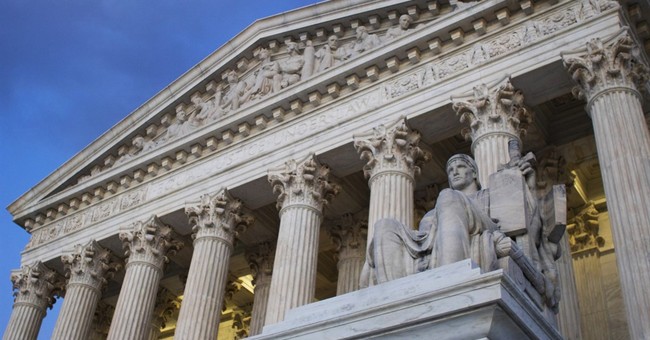 Somewhere east of the Isle of Reason and west of the Mountain of Discord lies the Lake of Sweet Compromise shimmering on the far horizon. Around its shores the carefree natives gather every evening to sing their sweet songs of love everlasting as they prepare to live happily ever after.

The maidens dance, the old men pass on their wisdom. Nothing would ever change. For how improve on perfection? Only an ever more perfect union lay in prospect. But then....

One day there appeared an ominous shape on the far horizon of this sheltered harbor, and it was closing fast. Ashore speculation mounted. Was that the skull and crossbones flying from its mast? It was hard to tell from this distance.

What would a man-of-war be doing in these once placid waters anyway? Some said it was carrying the plague in its bulging hold. Others maintained it was carrying explosives. Views varied. Just as they do in the mundane world beyond the fabulous.

Some of the better-traveled natives claimed to have caught sight of this ghost ship before. Some said it was the Flying Dutchman, doomed to sail the seven seas forever with its ghost crew. A silly superstition, of course, and yet....

That's when the tempest struck. Winds howled, flashes of lightning illuminated the otherwise black sky, making it bright as day for a moment before plunging it back into utter darkness. The black ship's crew was nowhere to be seen. Some claimed they saw a collection of old bones tied to the high mast. And even heard maniacal laughter that echoed and re-echoed across the face of the deep.

High in the crow's nest a mysterious figure seemed trapped, as if forever straining for the sight of land that went unsighted. Happy are those spared such sights, cursed those who have to endure them.

And then it was over, as if the storm had cleared away everything. And the sea was calm again. The once carefree natives struck out for home. But soon the same apparition appeared again. And once again elaborate arguments ensued.

So it is that simplicity gives way to complexity, unity to division, and the fabulous to something far less. So-called reality can't possibly compete with Edenic legend.

Dismiss your reservations about this idyllic tale if you can. And if you can't, that's your problem, not that of the natives.

What remains fabulous is where all this was taking place, not in some never-never land but in a man's never-ceasing imagination. Isn't that what's truly fabulous -- the mind of man?