10 Years After the Flood 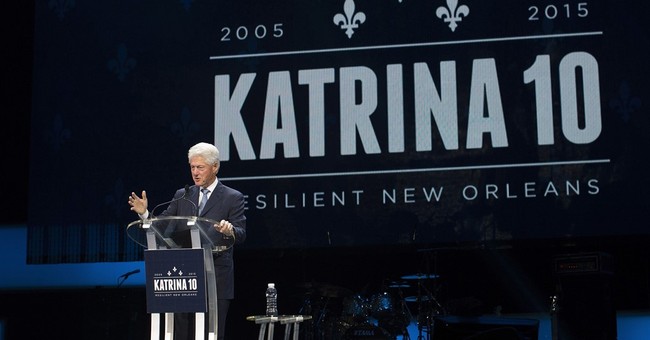 Whatever anniversaries say about the events remembered, they may say most about those who remember them. Do we look back on a disaster with much the same, unchanged attitudes that invited it? Or have our opinions undergone a sea change, too, emerging from the murky depths of the Deluge into the bright light of reconsideration and reform?

Did what happened in and to New Orleans a decade ago do anything more lasting than shock us for a brief time? Ten years later, are we still as smug, just as sure that everything turned out just as we might have expected?

There is no underestimating the scale of the calamity called Katrina. In a time when the phrase "a disaster of biblical proportions" is used all too often and all too thoughtlessly, Katrina merited the description. The flood, the plagues, the exodus, the death and destruction, the callousness of our pharaohs and heroism of other, different, exceptional leaders, not to mention the endurance of our people ... it was all there writ large. And our history was changed forever. Just as it was by the Dust Bowl of the 1930s.

Katrina's social, economic and, yes, spiritual disruption was immense. The shock of watching a storied old city drown was unforgettable, or should have been. The sight of bodies floating in the canals or abandoned in attics was as awful as the incompetence of so many of our public officials -- local, state and federal. ("Brownie, you're doing a heckuva of a job." --George W. Bush, president and scapegoat.)

But there also is no underestimating the extent of the recovery -- indeed, transformation -- that the Crescent City has undergone over the past decade. Not just its population is growing again, but its spirit. The outstanding example of New Orleans' resilience, innovation and flexibility has to be its public school system, which is no longer just the play-pretty of politicians exploiting racial animosities, but may emerge as the bravest, most forward-looking reform in American education today.

Families are now free to send their children to any public school in that reborn city, and more than nine out of 10 students in the public system are attending self-governing charter schools that have shaken free of a disgraceful past. More than 70 percent of the students in this rejuvenated system of public education are graduating on time. Student test scores are up by better than 70 percent. The results of this grand experiment in educational reform are not yet conclusive, but the signs are more than promising.

Lest we forget, some of our leaders did rise to the challenge, even far above it. Like people seeking high ground amidst devastation--not just geographically but spiritually. Consider the example set by Arkansas' governor at the time, Mike Huckabee, who invited Katrina's refugees to his state. Camps, school campuses and churches all welcomed the refugees. It was one of Mike Huckabee's -- and Arkansas' greatest moments.

If what has happened to and in New Orleans over the past decade has changed any minds about the future of education in this country, or anything else, then those minds are hopelessly beyond changing. But if all of us now think differently and more hopefully -- not just about education but about the efficacy of private enterprise and the futility of racial politics -- then the American mind is not yet closed.