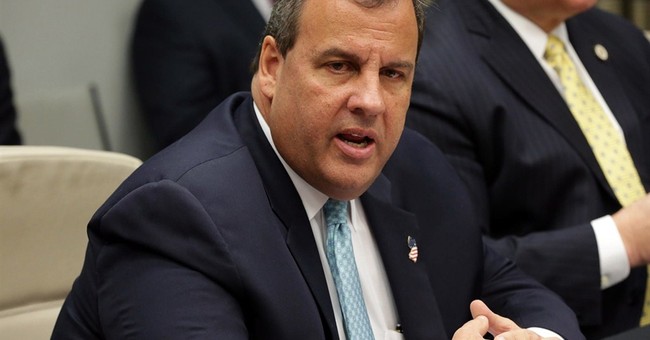 It may have been Goethe who said there is nothing so frightening as ignorance in action, and it certainly has been active of late, especially when it comes to vaccinating kids against diseases that once killed and crippled and scarred and generally ravaged millions. Like smallpox, diphtheria, mumps, measles ... the whole catalogue of curses.

But that was back in medicine's dark ages -- before modern science came to the rescue, thank goodness. For there were giants in the Earth in those days, microbe-fighters who were willing to defy popular superstition and apathy and all the forces of inertia to change the world much for the better.

How long has it been now since the great Pasteur made it safe for kids to drink milk? A couple of centuries? The process he invented still bears his name: pasteurization, as in pasteurized milk.

And that was only one of his beneficences. There were so many, for Louis Pasteur was not only a scientist, inventor, humanitarian, tireless and courageous leader but a founder of the whole science of immunology. Thanks to the great advance Pasteur championed, developed and refined -- vaccination -- once feared menaces were wiped out. Or seemed to be.

One after the other, the most dreaded word a mother or father once could hear became only an abstraction, just an item in the history books: polio, diphtheria ... even mumps and measles, which once could have the most severe consequences, seemed under control and on their way out. O happy day! Or so it seemed.

But all that was before we started to forget, or even oppose, the kind of progress M. Pasteur and all those who followed in his footsteps made. Now old scourges are making a frightening comeback. And public ignorance may be the most dangerous pestilence of all, for it spreads all the others.

How soon we forget what great men taught us. And at what a terrible price. No matter how long their wisdom has been demonstrated. How long has it been since Cotton Mather championed inoculation back when the Puritans were on the leading edge not just of colonial theology but science? Two or three centuries now? Yet the lessons he and his fellow Puritans taught are forgotten with shocking regularity, among them the wisdom of vaccinating our kids.

Why? Because people give way to rumor and panic, not to say hysteria, and good judgment disappears along with the lessons of the past.

Now is the time not just to remember those lessons but to enforce them by law once again. It's our kids' health, and American society's, that is at stake. For God's and our children's sake, let's return to that enlightened past -- for that would be true progress.

All it takes is a few years of forgetfulness, or even willful ignorance, to wipe out the gains the Pasteurs and Mathers and so many others brought us over the years and centuries. All it takes is just one rumor repeated and spread till it's out of control and we'll be back in medicine's dark ages.

Look what happened when a public menace masquerading as a scientist -- his name was Andrew Wakefield -- published a wholly fraudulent article in the once respected British medical journal Lancet back in 1998 purporting to link vaccines and autism in children. His "scholarly" claim spread like wildfire in dry tinder, the way conspiracy theories always do among the susceptible, and there are an awful lot of gullible types out there.

Andrew Wakefield's dangerous work would leave who knows how many kids blind, crippled and marked for life thanks to their parents' credulity. His claims were repeated all over the Internet, and so-called journalists, pretending to be just reporting the news objectively, or even doing "due diligence," would solemnly repeat his warnings as if they had some basis.

It would take the "editors" of Lancet 12 years -- twelve years! -- to retract these false claims. You can imagine how many kids were infected in that period, and, unfortunately, you don't have to imagine, for the number of victims hoodwinked by Lancet and its star writer kept growing.

Andrew Wakefied was finally barred from practicing medicine in Britain after a full and exhaustive hearing, but he's still active in this country -- in the vicinity of Austin, Texas, last we heard -- and sounds as unrepentant as ever. What a pity he and all those who aided and abetted him are still at work fooling the all too easily fooled. And probably still making zealous converts long after he was exposed as a fraud and menace.

Conspiracy theorists never learn, but that doesn't mean the rest of us ought to stop protecting our kids. There ought to be a law protecting them against this kind of thing, and there is: compulsory vaccination. Just as there are laws requiring that kids be educated.

Yes, there are certain limited, well-regulated exceptions to those laws for matters of conscience and such, but they need to stay rare exceptions, not become the dangerous rule. Or we'll all pay a heavy price, especially children.

These days prominent politicians looking for an edge with the nutcase vote -- like Rand Paul and Chris Christie, both putative presidential candidates -- are saying the most irresponsible things about how vaccinations shouldn't necessarily be required, or coming dangerously close to saying it. The way they've (mis)handled this issue should alone raise the most serious doubts about their leadership among serious people. Because vaccinations are a serious business. And shouldn't be treated as just political fodder.