Paul Driessen
|
Posted: Jul 13, 2019 12:01 AM
Share   Tweet
The opinions expressed by columnists are their own and do not necessarily represent the views of Townhall.com. 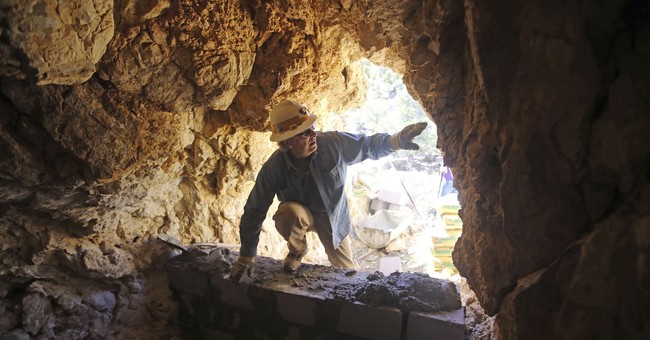 Editor's Note: This piece was co-authored by Ned Mamula.

When OPEC imposed its 1973 embargo, the United States was just over 40% dependent on foreign sources for its oil. But sudden price hikes and shortages severely disrupted families and businesses.

Today the USA relies on foreign sources for 100% of 14 minerals considered to be “critical” for modern technologies and societies, and 50-96% for 19 other “critical” minerals; only two are in the 14-25% dependency range, an updated report from the US Department of the Interior (DOI) cautions.

A Navy SEAL’s gear contains at least 23 of these minerals. Your mobile phone has over a dozen. So do wind turbines and solar panels. In fact, nearly all modern defense, aerospace, medical, transportation, communication, computer, energy and long-life battery technologies require several of these 35 critical minerals. Manufacturing and high-tech industries would grind to a halt without them. China is a dominant supplier for many of them, but other sources are also problematical, for different reasons.

A major reason for this heavy reliance is that, over the past several decades, America’s hardrock mining industry has dwindled and slowed to a crawl, been put almost on life support, just as the need for more critical minerals began to explode – in response to amazing 21st century technology-driven applications for metals and other materials that had never before been needed, looked for or mined in the USA.

This is in large part because some of the most highly mineralized ore bodies in North America (or the world) are found in western U.S. and Alaskan areas that have been deemed off limits to mineral exploration and development, under multiple land use and environmental restrictions. World-class deposits of cobalt, copper, iron, lead, nickel, rare earths, tin, titanium, uranium, zinc and other minerals vital to the American economy and national defense are almost certainly located on those and other US lands.

However, exploration and mining are banned or heavily restricted on the vast majority of those lands. In fact, when the last detailed analysis was conducted (see pages 12-15), 427 million acres were closed to mineral exploration and development. That’s 59% of all federally owned or managed lands in the United States – an area equal to Arizona, New Mexico, Colorado, Utah, Montana and Wyoming combined!

The situation is far worse today, 25 years later. And even when areas are technically or officially “available” for evaluation, exploration and mining, state and federal agencies often refuse to issue permits, while environmental groups routinely file lawsuits to delay, block or bankrupt activities.

There is no valid reason mining should be impeded at this scale, especially since it so affects our national security. Of course, some of these areas truly are so special and spectacular that they should remain closed. However, it is absurd to suggest that a single mine (or core drilling site) in a wilderness or wilderness study area the size of Rhode Island, Delaware or Connecticut would permanently destroy its “pristine” qualities – even though it may have been mined or timbered a century ago, when there were no environmental laws.

Accommodation and compromise are clearly needed. But with most anti-mining factions that is never an option. They are not content merely to keep US coal, oil and natural gas off limits. They want nearly all lands permanently closed to mining – and “keep it in the ground” policies applied even to minerals essential for national defense, entire industries, millions of jobs, medical and Silicon Valley technologies, iPhones, and even the “next-era, clean, green, renewable” energy future they insist we can and must have.

Compounding these problems, some of the critical minerals we are forced to import are mined in countries where child labor, fair wages, workplace health and safety, environmental and other standards are unenforced or nonexistent. Vast areas are ripped open to get at minerals; tailings and muck are dumped wherever it’s convenient; parents and even children are threatened daily by cave-ins and exposed constantly to toxic chemicals; injury and death are common; and land and habitat restoration is neither required nor contemplated. Any US or other Western company operating like this would be closed down, and its executives jailed.

Of course, those odious regimes make critical minerals far easier and cheaper to produce in Congo, Baotou, China or other easily ignored places than would be the case in the USA, where modern health, safety, ethical and environmental standards properly prevail. China’s rare earths industry produces well over 20 million tons of toxic wastes per year – dumping them in a massive contaminated lake.

One has to wonder: Where are those Hollywood, Silicon Valley, Sierra Club, news media and congressional “social justice” champions who work themselves into a lather over “blood diamonds,” clothing “sweatshops” and US mining? Are environmental and human rights travesties irrelevant in their eyes, when iPhones, wind turbines, solar panels and Tesla cars are involved?

A war, trade restriction or embargo could easily and disastrously disrupt nearly every segment of US industry and society to a far greater extent and for far longer than the 1973 oil embargo did. However, globalist pundits and “experts” assure us, if that were to happen, the USA and world would certainly “adapt in the long run.” Well, yes.

But exactly how long would that “long run” continue? What would happen to our defense and other technologies in the meantime? To our living standards, healthcare system and millions of jobs? Would all those anti-mining factions suddenly just go silent – and let America launch a new Manhattan Project to find and develop new deposits at breakneck speed, without regard for environmental impacts?

America’s sole existing light rare earth elements mine is in Mountain Pass, California. Closed because compliance with US laws and regulations made it too expensive to compete on the world stage, it is now partly owned by a China-affiliated company, which sends the ores to China for processing!

In the event of a crisis, would our government seize the mine and start processing its ores without regard to costs, acid leachate contamination or pollution from mine tailings and processing wastes, since we’d have no time to develop or implement environmentally acceptable processes? Would courts even allow it?

Immediate corrective actions are needed. Thankfully, DOI officials are doing exactly that – taking small but vital steps toward a Declaration of Minerals Independence. They are working with other federal agencies and their state and local counterparts, and investigating ways the USA can produce more critical minerals sooner and in necessary quantities. Ideas include streamlining permit processes and extracting minerals from secondary and unconventional sources, such as co-products of primary mineral mining; reprocessing coal ash and abandoned mine tailings; and recycling minerals from discarded equipment.

But now, certain members of Congress, who have shunned mining and ignored critical mineral import dependency, have introduced House bill H.R. 2975 and Senate bill S.1386 to “reform” the 1872 Mining Law. They claim the law “gives away” federal minerals and seek to impose hefty royalties on mineral extraction. In reality, they would just make mining even more costly and globally uncompetitive.

Mining companies already pay billions in taxes and wages, and 10-15% of zero minerals extraction is zero. The bills would just lock up more minerals and give away US jobs, security and technologies.

Mining Law “reform” proponents also claim the 1872 statute is antiquated, has never been amended and allows unfettered access to sensitive lands with no environmental rules. That too is a deliberate falsehood. Every environmental review, water, air and reclamation law has amended the 1872 law and applies to all US mining operations. The bills are just a clever way to eviscerate the 1872 law and ban hardrock mining.

America needs incentives, streamlined permitting and tax certainty to explore for and mine our abundant critical mineral endowment, to benefit our high-tech economy, national defense, employment and living standards. Congress must help in this effort – not create new roadblocks.

It is time to recognize that environmental responsibility is woven into the fabric of today’s laws, regulations and minerals industry. There is no legitimate reason for draconian Mining Law reformation, especially if those changes would ensure that we import more critical minerals from Congo and China.

Paul Driessen is senior policy advisor for the Committee For A Constructive Tomorrow (www.CFACT.org) and author of books and articles on energy, minerals, human rights, sustainability and the environment. Ned Mamula, Ph.D., is a geologist and Adjunct Scholar in Geosciences at the Cato Institute. His new book is titled “Groundbreaking! America’s New Quest for Mineral Independence.”