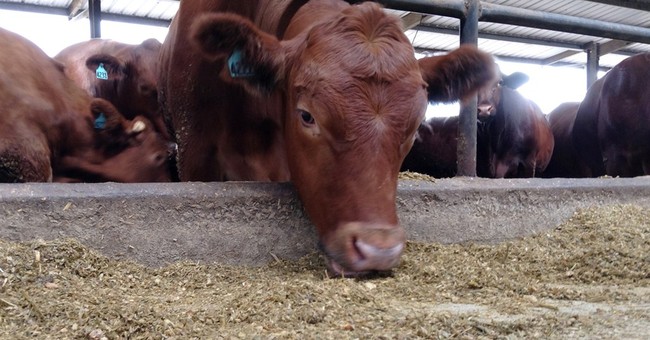 First they came for the coal mining and power plant industry, and most people did not speak out because they didn’t rely on coal, accepted Environmental Protection Agency justifications at face value, or thought EPA’s war on coal would benefit them.

Mr. McClendon apparently figured eliminating coal from America’s energy mix would improve his natural gas business. The mayor likes renewable energy and detests fossil fuels, which he blames for climate change that he tried to finger for the damages “Superstorm” Sandy inflicted on his city.

Now the Obama EPA is coming after the natural gas industry. Hopefully many will speak out this time, before more costly rules kill more jobs and damage the health and welfare of more middle class Americans. The war on coal, after all, is really a war on fossil fuels and affordable energy, and an integral component of President Obama’s determination to “fundamentally transform” the United States.

Proposed EPA regulations would compel drilling and fracking companies to reduce methane (natural gas or CH4) emissions by 40-45% by 2025, compared to 2012. Companies would have to install technologies that monitor operations and prevent inadvertent leaks. The rules would apply only to new or modified sites, not existing operations. However, Big Green activist groups are already campaigning to have EPA expand the rule to cover existing gas wells, fracking operations, gas processing facilities and pipelines.

But companies already control their emissions, to avoid polluting the air, and because natural gas is a valuable resource that they would much rather sell than waste. That’s why EPA data show methane emissions falling 17% even as gas production increased by 37% between 1990 and 2014, and why natural gas operations employing hydraulic fracturing reduced their methane emissions by 73% from 2011 to 2013. The rules are costly and unnecessary, and would bring few benefits.

The Obama Administration thus justifies them by claiming they will help prevent “dangerous manmade climate change.” Methane, EPA says, has a warming effect 50 times greater than carbon dioxide. This assertion is wildly inflated, by as much as a factor of 100, Dr. Fred Singer says. Atmospheric water vapor already absorbs nearly all the infrared radiation (heat) that methane could, and the same radiation cannot be absorbed twice. The physics of Earth’s surface infrared emission spectrum are also important.

More importantly, to borrow a favorite Obama phrase, let me make one thing perfectly clear. There is no dangerous manmade climate change, now or on the horizon. There is no evidence that methane or carbon dioxide emissions have replaced the complex, powerful, interconnected natural forces that have driven warming, cooling, climate and weather fluctuations throughout Earth and human history. There is no evidence that recent extreme weather events are more frequent or severe than over the previous 100 years.

Indeed, planetary temperatures have not budged for more than 18 years, and we are amid the longest stretch since at least 1900 (more than nine years) without a Category 3-5 hurricane hitting the United States. If CO2 and CH4 are to be blamed for every temperature change or extreme weather event, then shouldn’t they also be credited for this lack of warming and deadly storms? But climate hype continues.

We are repeatedly told, “Climate change is real, and humans are partly to blame.” The statement is utterly meaningless. Earth’s climate fluctuates frequently, and human activities undoubtedly have some influences, at least on local (especially urban) temperatures. The question is, How much of an effect? Are the temperature and other effects harmful or beneficial, especially when carbon dioxide’s enormous role in improved plant growth is factored in? Would slashing U.S. CO2 and CH4 emissions mean one iota of difference, when China, India and other countries are doing nothing to reduce their emissions?

Nevertheless, the latest NASA press release asserts that 2014 was “the hottest since the modern instrumental record began,” and again blames mankind’s carbon dioxide emissions. This deliberately deceptive, fear-inducing claim was quickly retracted, but not before it got extensive front-page coverage.

Let me make another point perfectly clear. The alleged global temperature increase was 0.02 degrees C (0.04 degrees F). It is not even measurable by our most sensitive instruments. It is one-fifth the margin of error in these measurements. It ignores satellite data and is based on ground-level instruments that are contaminated by urban heat and cover less than 15% of Earth’s surface. Even NASA admitted it was only 38% confident of being correct – and 62% certain that it was wrong. Analyses by Dr. Tim Ball, Marc Morano, Anthony Watts and other experts provide more details eviscerating this bogus claim.

In the end, though, all these real-world facts are irrelevant. We are dealing with a catechism of climate cataclysm: near-religious zealotry by a scientific-industrial-government- activist alliance that has built a financial, political and regulatory empire. They are not about to renounce any claims of climate catastrophe, no matter how much actual evidence debunks their far-fetched computer model scenarios.

Their EPA-IPCC “science” is actively supported by most of the “mainstream media” and by the World Bank, universities, renewable energy companies and even some churches. They will never willingly surrender the billions of dollars and political influence that CAGW claims bring them. They won’t even admit that wind and solar facilities butcher birds and bats by the millions, scar landscapes, impair human health, cannot exist without coal and natural gas, and are probably our least sustainable energy option. They want gas prices to rise again, so that heavily subsidized renewable energy is competitive once more.

Meanwhile, polls reveal that regular, hard-working, middle-income Americans care most about terrorism, the economy, jobs, healthcare costs, education and job opportunities after graduation; climate change is always dead last on any list. Regular Europeans want to end the “energy poverty” that has killed countless jobs, and each winter kills thousands of elderly people who can no longer afford to eat their homes properly. The world’s poorest citizens want affordable electricity, higher living standards, and an end to the lung infections, severe diarrhea, malaria and other diseases of poverty that kill millions of children and parents year after year – largely because alarmists oppose nuclear, coal and gas-fired power plants.

But federal regulators, climate chaos “ethicists” and “progressives” who loudly profess they care deeply about the poor and middle classes – all ignore these realities. They focus on methane, because they view it as a clever way to inject federal oversight and control into an energy sector that had been largely free of such interference, because the fracking revolution has thus far taken place mostly on state and private lands governed effectively by state and local regulators. (Federal lands are mostly off limits.)

The proposed methane rules would generate more delays, paperwork, costs and job losses, to comply with more federal regulations that will bring no detectable benefits – and much harm, at a time when plunging oil and gas prices are forcing drillers to reduce operations and lay people off.

President Obama devoted 15 lines of his 2015 State of the Union speech to climate fables and propaganda. His goal is steadily greater control over our lives, livelihoods, living standards and liberties, with little or no transparency or accountability for regulators, pseudo-scientists or activists.

It won’t be long before EPA and Big Green come for farmers and ranchers – to curtail “climate-wrecking” methane emissions from cattle, pig and sheep flatulence and dung, and exert greater control over agricultural water, dust and carbon dioxide. By then, there may be no one left to speak out.