Patrick Bobko
|
Posted: Apr 07, 2017 2:27 PM
Share   Tweet
The opinions expressed by columnists are their own and do not necessarily represent the views of Townhall.com. 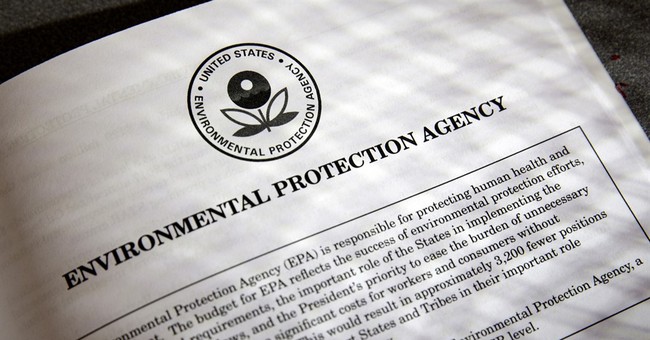 If you’ve ever wondered what happens when Berkeley-grade environmentalists finally seize control of all the levers of government power, let me introduce you to my town of Hermosa Beach, California.

The first thing they do is come for your carbon.

They want you to stop burning it. Immediately.

Environmental purists believe that burning carbon in any of its various forms ultimately causes the seas to rise and the polar caps to melt. They believe carbon emissions cause the rainlessness that is turning central California into fallow hardscape.

Hermosa’s newly elected political leadership decided to take a stand against carbon and recently unveiled a blueprint to reach the city’s goal of being “carbon neutral” by 2030. In green-speak, “carbon neutrality” means achieving zero net carbon emissions by eliminating greenhouse gasses (i.e., carbon dioxide) and purchasing “offsets” (i.e., trees) for whatever they can’t. Their roadmap to achieve this goal is called PLAN Hermosa.

Predictably, the first step towards “carbon neutrality” calls for getting rid of the city’s cars. According to PLAN Hermosa, transportation accounts for 54% of all greenhouse gas emissions in the city, so it is important to “disincentivize conventionally fueled automobile use.”

Hermosa Beach politicians aren’t bold enough (at least not yet) to issue a diktat banning gasoline burning automobiles from the city’s streets, so they do the next best thing - they make it hard for their residents to use them. PLAN Hermosa calls for the elimination of parking spaces and charging more for the ones that remain. In the densely populated beach city where parking is already at a premium and 95% of the working population drives to their place of business, this will be a significant imposition. But bicycling is good for you, and the ice floes and polar bears aren’t going to save themselves.

PLAN Hermosa also says that natural gas has to go because it’s the next biggest source of greenhouse emissions after cars. A draft of PLAN Hermosa “mandated” all homes in the city that currently use it (almost all of them) for heating and cooking convert to “biogas technologies and electrification of heating and cooking appliances.” Commercial buildings that use it (almost all of them) would be forced to retrofit with renewable energy sources at the time of sale or before any major renovations.

Given that “electrification” means homes and businesses will be forced to draw power from plants that generate most of it from fossil fuels, this is an obscenely expensive, self-congratulatory gesture.

The drafts of PLAN Hermosa are peppered with the word “mandate,” which means there’s no choice. City forces will presumably identify homes in Hermosa Beach (again, almost all of them) that use gas stoves and force homeowners to replace them with electric ones. It would be one thing if the city paid for the conversion, but given the state of the city’s finances homeowners will likely bear the cost. For the Hermosa’s businesses, consumers will pay for achieving carbon neutrality through higher prices. Either that or they’ll shop elsewhere.

Notably absent from PLAN Hermosa is a discussion of how the city will enforce these green “mandates.”

What will the city do to homeowners who refuse to convert? Typically, violating the municipal code is a misdemeanor offense punishable by fines and jail time. Will the city fine homeowners who keep the outlawed ovens, or will it throw recalcitrant “climate deniers” who refuse to do their part to combat global warming in jail? (This might seem like oppressive government overreach to most, but don’t forget President Obama’s DOJ contemplated legal action against “climate deniers.”) Either way, the city will have to do something, because a mandate without enforcement is merely a suggestion.

Hermosa Beach’s green political activists also know eliminating residents’ demand for carbon is only half the battle; they must also cut-off the supply. Like the DEA dusting Colombia’s coca fields with herbicides to stem the production of cocaine, Hermosa Beach’s politicians will choke-off the supply of climate-killing carbon through “Community Choice Aggregation.” This is a state-approved plan that allows cities to create a municipal utility to purchase and sell energy from green sources. In other words, when Hermosa residents fire-up their new electric stoves the power will come from solar panels and wind turbines. Some estimate the set-up cost could be as much as $1,000,000. Residents and businesses will automatically become customers of the new utility unless they choose to “opt out.”

The idealistic French revolutionaries who seized control of their country brought liberté, égalité, fraternité to the French people - and eventually, the guillotine. When the green Jacobins took control of Hermosa Beach they brought a regime of taxpayer funding, symbolism, and government coercion to residents. The last two, symbolism and government coercion, are to environmentalism what fuel and oxygen are to fire. Cost - especially when its other people’s money - isn’t a consideration. Green idealism currently rules Hermosa Beach, and where idealism rules the guillotine isn’t far behind. But in Hermosa Beach, at least it will be solar powered.