Pat Buchanan
|
Posted: Sep 22, 2017 12:01 AM
Share   Tweet
The opinions expressed by columnists are their own and do not necessarily represent the views of Townhall.com. 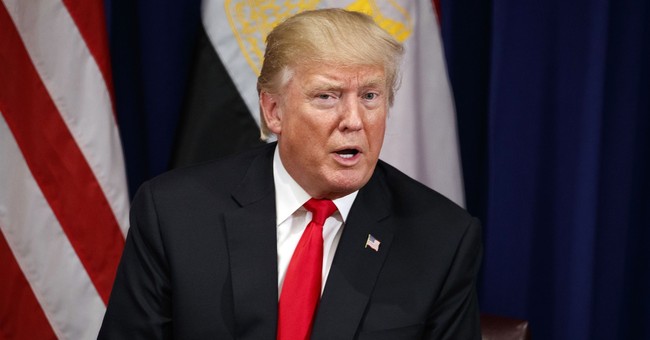 If a U.S. president calls an adversary "Rocket Man ... on a mission to suicide," and warns his nation may be "totally destroyed," other ideas in his speech will tend to get lost.

Which is unfortunate. For buried in Donald Trump's address is a clarion call to reject transnationalism and to re-embrace a world of sovereign nation-states that cherish their independence and unique identities.

Western man has engaged in this great quarrel since Woodrow Wilson declared America would fight in the Great War, not for any selfish interests, but "to make the world safe for democracy."

Our imperialist allies, Britain, France, Russia, Japan, regarded this as self-righteous claptrap and proceeded to rip apart Germany, Austria, Hungary and the Ottoman Empire and to feast on their colonies.

After World War II, Jean Monnet, father of the EU, wanted Europe's nations to yield up their sovereignty and form a federal union like the USA.

Europe's nations would slowly sink and dissolve in a single polity that would mark a giant leap forward toward world government -- Alfred, Lord Tennyson's "Parliament of man, the Federation of the world."

Charles De Gaulle lead the resistance, calling for "a Europe of nation-states from the Atlantic to the Urals."

For 50 years, the Gaullists were in constant retreat. The Germans especially, given their past, seemed desirous of losing their national identity and disappearing inside the new Europe.

Today, the Gaullist vision is ascendant.

"We do not expect diverse countries to share the same cultures, traditions, or even systems of government," said Trump at the U.N.

"Strong sovereign nations let diverse countries with different values, different cultures, and different dreams not just coexist, but work side by side on the basis of mutual respect. ...

"In America, we do not seek to impose our way of life on anyone, but rather to let it shine as an example for everyone to watch."

Translation: We Americans have created something unique in history. But we do not assert that we should serve as a model for mankind. Among the 190 nations, others have evolved in different ways from diverse cultures, histories, traditions. We may reject their values but we have no God-given right to impose ours upon them.

It is difficult to reconcile Trump's belief in self-determination with a National Endowment for Democracy whose reason for being is to interfere in the politics of other nations to make them more like us.

Trump's idea of patriotism has deep roots in America's past.

After the uprisings of 1848 against the royal houses of Europe failed, Lajos Kossuth came to seek support for the cause of Hungarian democracy. He was wildly welcomed and hailed by Secretary of State Daniel Webster.

"Far better is it for ourselves, for Hungary, and for the cause of liberty that, adhering to our wise, pacific system, and avoiding the distant wars of Europe, we should keep our lamp burning brightly on the western shore as a light to all nations, than to hazard its utter extinction amid the ruins of fallen or falling republics in Europe."

Trump's U.N. address echoed Clay: "In foreign affairs, we are renewing this founding principle of sovereignty. Our government's first duty is to its people ... to serve their needs, to ensure their safety, to preserve their rights, and to defend their values."

Trump is saying with John Quincy Adams that our mission is not to go "abroad in search of monsters to destroy," but to "put America first." He is repudiating the New World Order of Bush I, the democracy crusades of the neocons of the Bush II era, and the globaloney of Obama.

Trump's rhetoric implies intent; and action is evident from Rex Tillerson's directive to his department to rewrite its mission statement -- and drop the bit about making the world democratic.

The current statement reads: "The Department's mission is to shape and sustain a peaceful, prosperous, just, and democratic world."

Tillerson should stand his ground. For America has no divinely mandated mission to democratize mankind. And the hubristic idea that we do has been a cause of all the wars and disasters that have lately befallen the republic.

If we do not cure ourselves of this interventionist addiction, it will end our republic. When did we dethrone our God and divinize democracy?

Should all nations embrace same-sex marriage, abortion on demand, and the separation of church and state if that means, as it has come to mean here, the paganization of public education and the public square?

If freedom of speech and the press here have produced a popular culture that is an open sewer and a politics of vilification and venom, why would we seek to impose this upon other peoples?

For the State Department to declare America's mission to be to make all nations look more like us might well be regarded as a uniquely American form of moral imperialism.