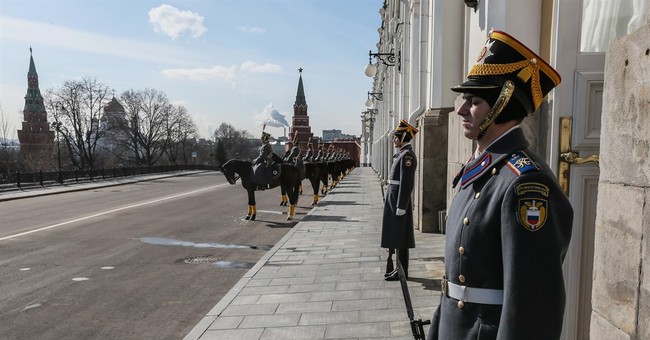 North Korea-Russia: North Korean media carried images of a high-powered delegation that departed for Russia on the 17th.

"As a special envoy of respected and beloved Comrade Kim Jong Un, who is the first chairman of the DPRK's National Defense Commission [NDC], Comrade Choe Ryong Hae -- who is a Presidium member of the Political Bureau of the Workers Party of Korea [WPK] Central Committee [CC] and secretary of the party CC -- left Pyongyang by special plane on 17 November to visit the Russian Federation."

During this Watch, the media confirmed the arrival of the delegation in Moscow.

Comment: The North's media gave advance notice that this visit was scheduled on the 14th. The North seldom announces high-level visits in advance because of security concerns. The publicity given to this delegation is spin, apparently intended to showcase the importance of the visit. The composition of the delegation suggests it is the advance team for a state visit to Russia and a bilateral summit between Kim and President Putin.

The announcement on the 14thindicated that trade and economic assistance would be prominent agenda items. The presence of a Deputy Chief of General Staff signifies that arms assistance also will be discussed. The presence of First Vice Foreign Minister Kim Kye-kwan, who is a top diplomat, specializes in US affairs and speaks fluent English, means that US-Russian relations will be an important topic.

For the record. The North Korean Minister of the People's Armed Forces visited Moscow on 9 November, probably as part of the preparations.

"During his time in Beijing the head of the Russian military establishment will hold talks with Minister of National Defense Colonel General Chang Wanquan. It is also planned that he will meet with State Council Premier Li Keqiang," a Ministry of Defense spokesman said.

Comment: This visit most likely is almost entirely about "military-technical cooperation." Recent press reports indicate Russia will assure China of continuing supplies of rockets and missiles for combat aircraft, despite sanctions over the Ukraine confrontation. Russia also recently approved for export its latest and most modern air defense system.

Russia is the pivot point for the recent increase in high level visits by delegations to and from China and North Korea. President Putin appears to be drawing on historic patterns of interaction to project an image of closer cooperation than actually exists. The optics are impressive, but China and North Korea are involved for their own interests, which seldom are congruent with those of Russia. For example, China has not invited North Korean leader Kim Jong Un for a state visit, but apparently Russia has. Any agreements are based on economic considerations.

Nevertheless, they share a common heritage in modern Asian history and judge they benefit from reminding others of that, especially Allies of the US.

Egypt: Egypt will double to one kilometer (0.62 mile) the depth of a security buffer zone it is clearing on its border with the Gaza Strip.

"A decision was taken to increase the buffer zone along the border in Rafah to one kilometer. The decision came after the discovery of underground tunnels with a total length of 800 to 1,000 meters," the state MENA news agency reported.

Comment: Egypt's interest in improving security in Sinai and along the border with the Gaza Strip clashes with the ingenuity of enterprising Egyptians and Palestinians for whom the tunnel traffic is a source of livelihood.

Ansar Bayt al-Maqdis, a militant group that has sworn allegiance to the Islamic State, has stepped up attacks on police and soldiers in Sinai and released a video this month in which it claimed responsibility for the 24 October attack in which 33 Egyptians soldiers died.

The group is believed to be responsible for most of the insurgent attacks in the Sinai. On 10 November, the group swore allegiance to Abu Bakr al-Baghdadi, leader of the Islamic State of Iraq and the Levant. It declared itself to be the Sinai province of the Islamic State. This statement of allegiance adds urgency to Egypt's security measures in Sinai.