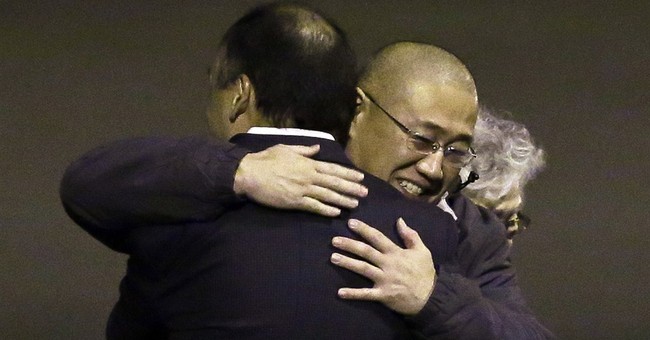 Japan-China: On 8 November the foreign ministers of China and Japan held their first formal talks in more than two years.

To facilitate and promote bilateral exchanges, Japan agreed to ease visa requirements for some Chinese travelers. Kishida also requested and the Chinese agreed to a meeting between Prime Minister Abe and Chinese President Xi on the sidelines of the two-day Asia-Pacific Economic Cooperation forum meeting on 10 November. "I believe this meeting served as an important opportunity to change gears to put back Japan-China on the path of normal relations," Kishida told the press.

China-Japan maritime crisis management. On 7 November, China and Japan announced a four-point agreement for managing their sovereignty dispute over the Senkaku/Diaoyu Islands. Chinese Foreign Minister Wang Yi called the agreement "a major step" toward the improvement of bilateral relations. "Only by getting to the root of the problem and removing it can the bilateral ties develop in a stable and sustainable manner," Wang said.

The key point is they both acknowledged each other's claim and agreed to disagree about sovereignty, but without letting that interfere with other ties, including political, diplomatic and security.

Comment: This agreement might not reduce tension in the islands because the Chinese Foreign Ministry is not in the chain of command for patrols in the Senkakus and often is unaware of maritime security measures that provoke Japan. The stove piping of national security information is a longstanding practice so that Chinese diplomats can be truthful in denying knowledge about provocations created by other ministries.

However, politically, the two Asian powers have created a way to cooperate on other issues of mutual concern, such as restraining North Korean missile and nuclear programs and seabed research and mineral exploitation.

North Korea-US: This weekend North Korea released the two US citizens remaining in custody. No American citizens, except POWs from the Korean War, are now in North Korean custody.

Comment: US media have proposed that the North Koreans required no bribe for the release; that the gratuity was the visit by Director of National Intelligence Clapper -- an ersatz cabinet level official; and that the North Korean gesture was designed to deflect UN moves to refer North Korea to the International Criminal Court because of human rights violations.

NightWatch judges that none of the explanations resonate with our understanding of North Korea. The North always requires a bribe; nothing is done for free. The North Koreans know the US well enough to know that the DNI is not a member of the cabinet, no matter what the job description says. Finally the International Criminal Court poses no threat, and probably less interest, to the North Korean government.

The NightWatch hypothesis is that the Chinese prevailed on North Korea to rid itself of an irritant to regional stability, as a favor to China. Any bribe would originate in Beijing.

Only the most circumstantial evidence exists to support this theory, but it is rare for three major events to occur in a weekend that all help promote regional stability on the eve of a major regional conference in Beijing. That almost never happens without behind-the-scenes orchestration.

Capping off the diplomatic tour de force is President Xi's announcement of his Asia-Pacific Dream, of Chinese-led prosperity for the West Pacific region. Today's announcement of Xi's vision for the region is a direct challenge to the US announcement of a military pivot to Asia. The major difference is that Xi is offering cooperation and prosperity, instead of military confrontation.

Thus, the Chinese have treated the US to a major diplomatic and political challenge that undermines the fundamental premise of the US pivot to Asia, namely, that China is the threat that must be contained in Asia.

The Chinese theme is that China can lead the Asians to prosperity and in taking charge of Asian security affairs; the US is not wanted nor needed. No Asian nations will swallow the Chinese line, at this time, but it makes for a great media backdrop to this week's meeting in Beijing.

Iraq: Comment. The news this weekend is that Iraqi government forces with Allied air support have made gains in the oil town of Bayji, north of Baghdad. However, the road north from Baghdad to Bayji is not secure. ISIL controls multiple towns on the route.

A NightWatch review of the fighting reports in the last week shows that the forces of the Islamic State of Iraq and the Levant (ISIL) have stopped on the outskirts of Baghdad. Graphics and situation reports from multiple sources that track the fighting are congruent that ISIL seems to be at the end of its ability to support fighters in combat. Their forces have been stopped about 20 miles from Baghdad in the northeast, southwest and west and farther than that in the north, towards Mosul.

Allied air superiority, as limited as it is, prevents ISIL from assembling the forces needed to assault Baghdad with a reasonable probability of success. Secondly, the forces in ISIL's major lines of advance show no signs of coordination or even lateral support. ISIL is using suicide bombers and bombs in Baghdad to terrorize its population and its defenders in the absence of an assault.

The result is that ISIL loosely controls the Sunni areas of Iraq, mainly because some local tribes cooperate with it against the Shiite government in Baghdad. Moreover, the Shiite Iraqi army does not want to fight in Sunni territory. Finally, ISIL exists because none of its enemies wants it destroyed, despite what they say. All want it weakened, but all find it useful, including the US.

Syria: Kobani update. The eastern part of the city remains under ISIL control. The west still largely is held by the main Syrian Kurdish armed militia group, the YPG, which lately has received Syrian Arab Sunni and Iraqi Kurdish Sunnireinforcements.

"There is no change at all in Kobani as a result of the Iraqi Peshmerga. Maybe one or two streets are gained then lost, back and forth," said Rami Abdulrahman of the Britain-based Syrian Observatory for Human Rights, which monitors the war.

The Kurdistan Regional Government in northern Iraq made clear from the outset that its Peshmerga fighters, numbering around 150, would not engage in direct combat in Kobani but rather would provide artillery support to Syrian Kurds.

Comment: Syrian Kurdish leaders said that ISIL has shifted its focus to other areas and is now using Kobani as a diversion for Allied air attacks.