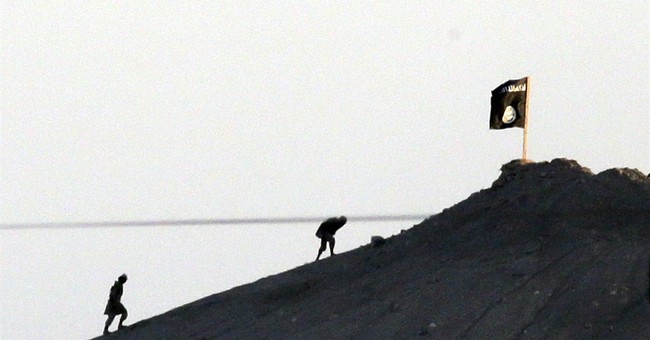 "One North Korean patrol boat crossed the Northern Limit Line (NLL) in the Yellow Sea at around 09:50. To force the ship to retreat, our military sent warning messages and fired a warning shot. But the North fired back rather than backing down, which caused us to fire again. Then the ship made a retreat," the statement read.

Comment: This incident could have many explanations. Still, some provocative incident usually occurs after every thaw in South-North relations. The North's leaders feel compelled to remind the South that a cooperative overture does not signify weakness. Secondly, North Korean leaders are profoundly distrustful of South Korea and incapable of reading the South's intentions. A controlled local incident tests the South Korean reaction and enables the North to gauge the security environment and safeguard against deception. Most of the time, they are unable to negotiate without the backdrop of a provocation.

North Korea: Kim Jong Un did not appear to greet the North Korean team of athletes upon their return from the Asian Games.

Comment: An appearance probably is not mandatory, but this is a special case. For months before the games, North Korean press reported that every accomplishment by the team in preparation for the Asian Games was because of Kim Jong Un in one way or another. During the games, the media implied that the medals won were really Kim's. That barrage of narcissism raised expectations that Kim would welcome his team.

Pakistan: The Pakistani Taliban, the Tehrik e Taliban Pakistan (TTP), issued a clarification of its pledge of support to the Islamic State of Iraq and the Levant (ISIL).

The TTP denied news reports that it had pledged allegiance to the Islamic State in Syria and Iraq. TTP spokesman Shahid Shahidullah said that a statement on Saturday had been intended as an expression of support for all Islamist militants fighting in Syria and Iraq and struggling against Western interests.

"Some media did not publish our statement correctly. We are not supporting any specific group in Syria or Iraq; all groups there are noble and they are our brothers."

Comment: The statement on Saturday did specify support for ISIL. The primary point of the clarification was to assure the followers that the TTP remains loyal exclusively to Mullah Omar, the leader of the Afghan Taliban. The clarification did little to clarify the TTP's position on anything.

Iraq: The chairman of the Al-Anbar Governorate Council told the press recently that "we have accurate intelligence confirming that 3,000 elements from the terrorist DA'ISH [(Arabic acronym for ISIL, Islamic State of Iraq and the Levant) organization have arrived in Al-Anbar coming from Mosul and Syria. This has led to a security setback in the governorate."

Comment: No other sources have confirmed this report from the Governate Council, as yet. The language suggests a recent development, but the content lacks specifics. The number is plausible, assuming the movements were staged.

If accurate, it would suggest the threat to Baghdad from the west is large and growing. It also would suggest the Coalition air campaign has not degraded ISIL's ability to shift large numbers of fighters. Finally, it might indicate an undetected force buildup for an offensive against Baghdad, but that is only a hypothesis at this point.

Syria: Update. Fighters from the Islamic State of Iraq and the Levant raised their flag atop a four-story building on the outskirts of Kobani. Syrian Kurdish defenders said they still held the city and would defend it until death. They said flags were raised on a single building and a hill outside the city.

Turkey reportedly assembled its tank unit into line of attack 6 miles north of Kobani, but made no move to defend the town. The government in Ankara announced that NATO succeeded in developing a plan to defend Turkey's border should the fighting spill over into Turkey.

Defense Minister Ismet Yilmaz today said that NATO had done this at Turkey's request, adding: 'If there is an attack, NATO's joint defense mechanism will be activated.

Comment: This town was significant mostly because of its location near one of the border crossing sites along the Syrian border with Turkey. For ISIL, initially, it was one of multiple obstacles the Syrian Kurds posed to impede the consolidation of the northern border of the caliphate.

However, with the onset of the Coalition air campaign, the town has assumed strategic significance as a test of strength between the Coalition and ISIL. The Kurdish fighters supposedly are among the assorted ground contingents for whom the Coalition is providing air support, according to official US statements. Thus, Kobani is the test case.

An ISIL conquest of the town will result in brutal reprisals, not just because it is ISIL's practice. Brutal killings would be aimed at embarrassing and humiliating the Coalition for failing to protect the forces it said it was depending on to do the ground fighting. Kobani's loss would undermine the morale and confidence of the other ground contingents. It is no longer a tactical or even an operational contest. ISIL's determination to seize the town demonstrates its appreciation of the stakes.

Nigeria: News services published conflicting reports about security developments in the northeast. The most upbeat report claims that a Nigerian Army offensive has retaken the town of Michika in Adamawa State from Boko Haram. Some 200 Boko Haram fighters reportedly died in the fighting.

Comment: When Boko Haram overran Michika on 7 September, local sources complained that no army soldiers were around to defend it. Apparently the security setback embarrassed the government enough to mount the latest offensive. The actual casualty figures are probably inflated by a factor of ten, but the action shows progress in the past month.

The media reported two negative events. In one action, Boko Haram reportedly killed 70 soldiers. In the other in Borno State, Boko Haram slit the throats of seven men in retaliation for the Nigerian Army offensive against Boko Haram.

Comment: It is not certain that either action took place.