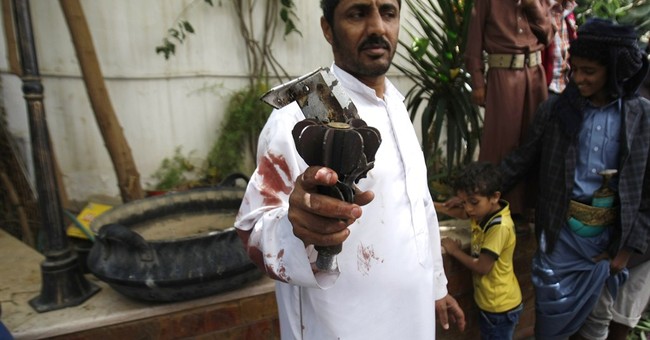 India-China: Summit developments. Indian Prime Minister Modi and Chinese President Xi signed 12 Memoranda of Understanding during the summit. They included developing a new pilgrim route to Tibetan shrines via Sikkim and major Chinese investments in Indian Railways. China will invest $20 billion in India over the next five years.

Chinese President Xi said China will setup industrial parks in western India. He said the two leaders talked about the development of railways to increase the speed of the trains on key routes.

Xi said, "PM Modi and I agree that both India and China share common development goals and philosophies."

Security Developments. A flag meeting between the Indian Army and the People's Liberation Army of China was held today to discuss the ongoing Chinese intrusions into Indian claimed territory in northwestern India. The meeting made no progress towards a resolution.

Comment: Indian press services reported that the Chinese positioned nomads at the front of their soldiers in making incursions, instead of just using soldiers, as they did earlier this year. No clashes occurred, but neither side is backing down.

Chinese President Xi's visit makes the point that China judges that border disputes can be handled independently from cooperative and productive economic and political ties. Xi emphasized the importance of larger issues in talking about the influence China and India have on world affairs when they work together.

Xi's message seemsaimed at Southeast Asian states, many of whom look to India for regional leadership and as a counter-weight to China.

Yemen: Clashes between Houthi rebels and pro-government militias in Sana'a, the capital, resulted in at least 38 people killed. The rebels reached a suburb of Yemen's capital where they fought rival militias and besieging a university.

The officials said Thursday's fighting in Sana'a forced thousands to flee their homes, but authorities reported no casualty figures. They said the Houthis are surrounding the Iman University, which is considered a primary training institution for Sunni militants.

Comment: The Houthis are Shiites who belong to the Zaidi sect of Shia Islam. They live in northern Yemen and have fought for more than ten years to have greater local autonomy, fairer treatment and more territory. They said their presence in the capital is aimed at forcing the government to step down and at restoring subsidies cut during the summer.

Sunni militants were the primary targets of the Houthis, rather than government forces. Yemen also faces a secessionist movement in the south, al-Qaida terrorists and other restive tribes.

Comment: This is the same area where a Chadian peacekeeper died after his vehicle detonated a road mine on Sunday. Terrorists have attacked Chadian patrols near Aquelhoc twice this month and at least three times earlier this year. Each attack featured a mine or IED or a suicide bombing. Most often the Chadians sustained four or five dead and up to a dozen injured. Road security does not exist and the Chadians are not learning.