Ukrainian Parliament Wants it Both Ways 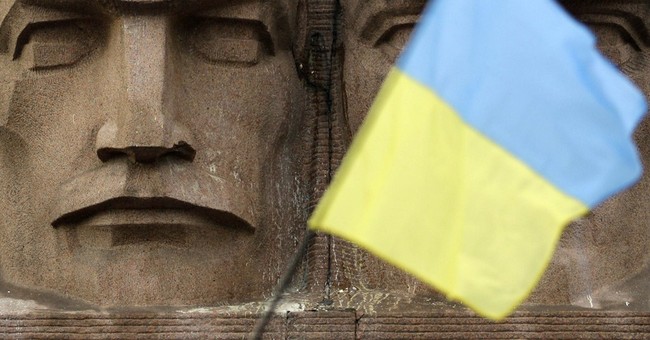 Iraq: Prime Minister al-Abadi said that US troops are not welcome in Iraq and will not be allowed in the country.

Comment: The US-led coalition does not seem to include Iraq. Al-Abadi also already rejected Saudi and UAE air support. Once again statements from Iraq match those from Iranian leaders who said sovereignty is more important than security. Evidently al-Abadi sees no infringement of Iraqi sovereignty in the seizures and depredations by the Islamic State of Iraq and the Levant (ISIL) that is comparable to the return of US forces to Iraq.

Special comment: Assurances that US soldiers in Iraq will not have a combat mission do not mean they will not be in combat. For one thing, the favorite Iraqi pedagogy is learning by example. Secondly, the Iraqi's don't seem to need advice on how to think big thoughts, to pontificate about grand strategy or to communicate strategic objectives.

Iraqi forces need professional tactical leadership. Under Sunni officers, Iraq's Shiites fought the Iranians for eight years in the 1970s. They did not always fight well, but the Arabs ultimately beat the Persians, with large injections of US support. Iraqi soldiers are sufficiently modern and educated to fight under competent tactical and operational leadership.

Firing weapons during a firefight can fall within a stretched definition of an advisory assistance mission because the mission is advice not fighting. Teaching by example is excellent pedagogy.

Ukraine: Comment: The Ukrainian parliament did what Ukraine has been doing since its withdrawal from the Warsaw Pact. It moved forward on both the pro-Western and the pro-Russian tracks. Ukraine's parliament approved the association agreement with the European Union at the same time the Union parliament did. On this issue, the pro-West, pro-US groups and the pro-German groups obtained a limited victory.

In the same session, the parliament passed a bill that gave self-rule to Luhansk and Donetsk regions, recognized the Russian language and allowed them to create their own security forces and pursue their own foreign relations, locally. These are all points that Russian President Putin sought. On this issue, the pro-Russian groups obtained a limited victory.

These are the two prongs of the agreement between Ukraine and Russia.

The two acts of parliament tended to match the outcomes of multiple prior elections which showed pro-Western and pro-Russian voters nearly equal. Ukraine stays intact for now, but the way ahead should clarify the mood of the electorate.

The way ahead includes parliamentary elections and implementation of the two bills. The most important direct measure of popular sentiment will be the elections in late October. The electorate has voted a majority of pro-Russian members of parliament repeatedly, as recently as 2012.

Ukraine has had prior dealings with the EU and the International Monetary Fund (IMF). All of them ended badly. The main reason is that Ukraine remains socialist in practice, with a huge percentage of the population dependent to some degree on state handouts. It is an entitlement state. In the past, the IMF has required monetary and entitlement reform as conditions for its loans. Ukraine declined to implement the reforms.

Conditions for reform were the stumbling blocks that prompted former president Yanukovych to reject EU association almost a year ago. That led to the formation of the Western-backed cabal that was instrumental in his overthrow. The proximate cause of his overthrow was his inept use of security forces in Bolshevik fashion to stop protests in Kyiv.

The final issue is the evolution of the two pro-Russian, self-governing regions in southeastern Ukraine. They should expect a migration of Russian speakers from all regions east of the Dniepr River. That wave of migration will exert stress on public resources and might create a crisis of itself. They will require outside assistance.

An open question is whether the port town of Mariupol, which is in Donetsk region, will go along with self-government from Donetsk, the region capital. The answer to that question will answer whether Russian gets easy land access to Crimea.

A related, future issue is the Ukrainian constitution that President Poroshenko has promised. Its terms could lead to future political stress, but by then the southeastern regions will have experienced self-rule for several years.

Finally, Russia's long term intentions justify suspicions and vigilance. The prize in southern Ukraine is the large and important port city of Odessa, which has links to Transnistria and Moldova. Russia has not mentioned Odessa, but its incorporation as a pro-Russian autonomous region would give Russia control of the northern shores of the Black Sea.

Russia: Foreign Minister Lavrov said that overall the truce in Ukraine is holding. He said that incidents do occur, but they should be diminishing.

Comment: Lavrov's statement conveys Russia's approval of the actions of the Ukrainian parliament.

Nigeria: Gunmen attacked a teacher training college in Kano. Officials said at least 15 people have been killed in addition to the two suicide bombers. The attackers fired gunfire randomly in the college before detonating themselves, wounding 34 people.

No group has claimed responsibility for the attack, but everyone believes a Boko Haram group is responsible. Last July, Boko Haram fighters were responsible for five attacks in four days, one of which also targeted a college and killed six people.

Comment: Kano is the most important city in north-central Nigeria. Open sources are not sufficiently detailed to report details of Boko Haram's command and control system. Every week Boko Haram groups execute attacks in northern and northeastern Nigeria. The distances between attack locations are great. The attacks do not appear coordinated, which is a small blessing for the Nigerian security forces.

With modern communications and one good tactician, Boko Haram could whip-saw the Nigerian Army into total exhaustion. Thus far, the attacks seem to be locally organized and uncoordinated.

Venezuela: On Tuesday, Standard &Poor's (S&P) downgraded Venezuela's credit rating from B-minus to triple-C-plus. The new rating indicates that there is a significant probability that Venezuela will default on its sovereign debt in the next two years. The company reported that the reason for the downgrade was President Maduro's failure to take steps to combat rising inflation and a deepening economic crisis.

S&P said it expects Venezuela's gross domestic product to fall by as much as 3.5% this year, with inflation rising by up to 65% by the end of the year.

Comment: Maduro has promised to pay foreign debtors, but Venezuela lacks the resources to pay all of its debt. Though boasting the world's largest proven crude oil reserves, Venezuela's economy features the highest inflation rates in the Americas and chronic shortages of food, medicine and car parts. Venezuela recently experienced a shortage of toilet tissue.

Maduro has continued the anti-capitalist policies of the late Hugo Chavez, including debilitating controls on corporations, nationalization and the cultivation of an entitlement culture. He lacks Chavez' charisma and popularity and is pursuing policies that have led to economic catastrophe in South America's recent past.

The outlook is for another episode of political instability and continued economic devolution. The government probably will apply stern security measures to suppress political activism, as it did early this year. It probably will rely on an emergency Chinese loan to avoid default and will manipulate bonds to try to placate debtors. Nevertheless, a potentially and previously prosperous country is nearly destitute because of entitlements and the anti-capitalist choices of its leaders.

Venezuelans should live well and be prosperous. When they grow weary of the empty promises of the Chavez legacy, they will revolt.