Libya is Now a Failed State 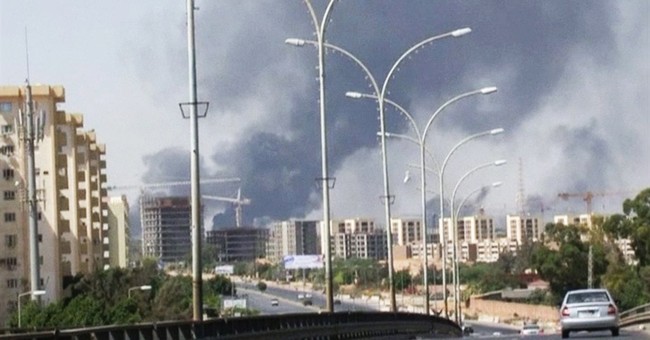 Libya: The security situation has deteriorated in Tripoli and in Benghazi. In Tripoli, fighting between tribal militias has expanded beyond the airport region, south of Tripoli, to areas west of the capital.

After militants beheaded a Filipino worker, some 13,000 Filipinos are attempting to evacuate Libya. The European Union, European Union member states and the United States have evacuated their nationals or staff.

The first session of the new parliament will convene in Tobruk, rather than Tripoli, because of the violence.

In Benghazi, Ansar al-Sharia forces continued to take over government buildings after having routed Libyan special forces. On 31 July, the Islamic militias declared they are in control of Benghzai. They are the only armed force active in the city.

Administrative notice: The NightWatch Feedback Survey ends on the night of 1 August. We have received nearly 2,000 responses, for which we are deeply grateful. We shall be providing more information in coming weeks.