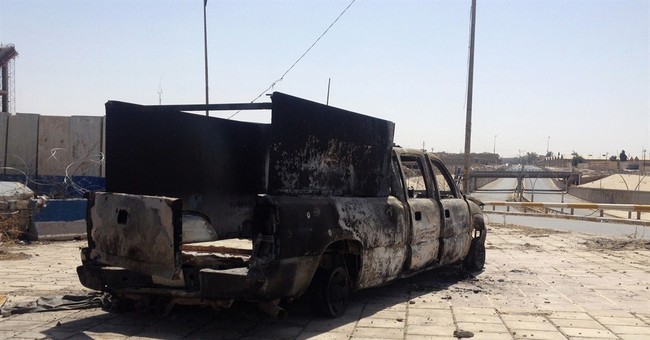 "The spokesman for the Foreign Ministry of the Democratic People's Republic of Korea (DPRK) released the following statement Wednesday. The enemies have gone beyond the tolerance limit in their despicable moves to dare hurt the dignity of the supreme leadership of the DPRK."

"A preview of a film on insulting and assassinating the supreme leadership of the DPRK is floating in broad daylight in the U.S., a kingpin of international terrorism and its cesspool, shocking the world community."

"The dignified and worthwhile life the Korean people enjoy at present and the great changes taking place in the country as well as everything valuable that will belong to the rosy future when the dreams and ideals of the people will come true would be unthinkable apart from the supreme leadership of the DPRK."

"That's why they regard the supreme leadership as dearer than their own lives."

"It is their firm determination and stamina to mercilessly destroy anyone who dares hurt or attack the supreme leadership of the country even a bit. Those who defamed our supreme leadership and committed the hostile acts against the DPRK can never escape the stern punishment to be meted out according to law wherever they might be in the world."

"If the U.S. administration connives at and patronizes the screening of the film, it will invite a strong and merciless countermeasure."

Comment: The excerpts are taken from KCNA's English language version of the statement. Apparently Korean language versions are more hysterical. None contain a specific threat of war. The North Koreans have many options for delivering their now famous "merciless countermeasure."

Kim's advisors also know the way the US film industry works. Kim Chong-il was a connoisseur of US films and the industry. That means the leaders know the US administration did not connive or patronize the screening. The threat is empty, but they had to react to the public screening to save face and to warn North Koreans against attempting to view or obtain it.

A major theme in North Korean propaganda is loyalty to Kim, which suggests it is weak. A US comedy about assassinating him would be considered subversive and highly dangerous because multiple assassination attempts were made against the late Kim Chong-il. Assassination is not a subject for comedy in North Korea. What is comedy in the US can readily look like a blueprint to North Koreans.

Pakistan: Update. Major airlines are canceling flights or suspending service to Peshawar in northwestern Pakistan on Wednesday in response to yesterday's attack. Emirates Airlines said in a statement that the attack on the Pakistan International Airlines aircraft caused it to suspend flights to Peshawar 'until further notice. Etihad and Qatar Airways also canceled flights.

Officials said that about 15 to 20 militants opened fire on the plane from the Sulaiman khel area in the jurisdiction of Badaber Police Station. The police claim to have recovered 50 used shells from the site.

Police and PIA officials have confirmed that the plane was hit by at least 12 bullets. At least one penetrated an engine.

Comment: The police comments confirm that the attack was organized. It was not the action of a rogue individual.

Afghanistan: This week Taliban fighters launched an offensive to regain control of four districts in Helmand Province in southern Afghanistan.

The defense ministry spokesman said the Taliban are taking advantage of the withdrawal of US soliders last month and the absence of air cover.

Comment: Afghan reports of numbers are always culturally challenged, so the extent of Taliban attacks is not clear. The number of Afghan dead, however, is a believable minimum and indicates serious fighting, especially if that number only applies to Sangin. There are no reports about fighting in the other districts which have been the sites of some of the bloodiest fighting since 2001.

The Taliban operations in Helmand are the first large, complex attacks of the current fighting season. They appear to be testing the durability and capabilities of the Afghan security forces. This is likely a precursor for more attacks of this nature, if it succeeds. If it fails, the Taliban will wait, regroup and try later or elsewhere.

Iraq: Lieutenant General Qasim Ata, spokesman for the commander-in-chief of the Armed Forces, said that the Baiji Refinery in the Salah-al-Din Governorate is under the Iraqi security forces' control.

Al-Jazirah reported that the Iraqi Government is in control of the Turaybil border crossing with Jordan, but that "militants" had taken control of a crossing point leading to the border. This was not further explained.

The Baghdad Operations Command (BOC) announced the formation of a joint operations command with the Pentagon advisers team. At a meeting to discuss cooperation and coordination, the two sides agreed to form the joint command to coordinate military operations.

Comment: Mainstream news media reported on the threat to Iraqi airbases inside Sunni Arab regions from fighters of the Islamic State of Iraq and the Levant (ISIL). That reporting appears inconsistent with the increase this week in air attacks by the Iraqi Air Force and Army Aviation, which have finally gotten into the fight. If the threat were as dire and imminent as described, the aircraft would have departed and the airmen and soldiers would have driven away in the vehicles.

Situation reports in the past two days indicate that some elements of the Iraqi army have recovered and restored some capabilities. They appear to be active in multiple places in Anbar, Diyala and Salah-al-Din governates.

Who controls what territory in the Sunni regions is difficult to describe for multiple reasons, except for Mosul. The ISIL fighters in their pickup trucks have no front lines other than the roads. Mobility has been their tactical multiplier.

In their rapid advance, most often they attacked undefended civilian administrative locations and bypassed most security force bases. That explains their focus on consolidating control to the extent they can. Without help from local tribes, ISIL would be fatally overextended. In any event, pockets of government forces remain active in Sunni Arab regions and they have slowed ISIL.

The collapse of the Iraqi army forces in Mosul and a few other northern towns is an exception to the pattern. The NightWatch hypothesis, based on news reports of interviews with soldiers, is that Mosul's collapse was mostly an act of betrayal by senior officers. The US teams in Baghdad should learn the truth.

Politics. Prime Minister al-Maliki today described calls for a national salvation government as a coup against the constitution, confiscation of the people's votes and a threat to Iraq's democracy.

Authorities accused the Muslim Brotherhood of ordering the attacks, describing them as 'desperate attempts' to disrupt the 'prevailing state of stability.'

Comment: These were the first bombings since President al-Sisi's election. They are a portent that the prevailing state of stability is ending.

Ukraine: The Kyiv government said it would maintain the ceasefire, despite the shoot down of a military helicopter yesterday. The eastern separatists said their ceasefire ended yesterday. In clashes near Slavyansk, 10 Ukrainian soldiers were wounded.

The leaders of Luhansk and Donetsk regions announced the merger of the two "people's republics" into a federation. They agreed to form a new parliament, composed of 30 deputies from each region and they approved a new constitution: the constitution of Novorossiya (New Russia), according to Russian press.

Comment: Novorossiya is a term from Russian imperial times that referred to the region of southeastern Ukraine. The timing of this action suggests it is designed to coax Russia to provide more assistance; comparable to the aid it provided Crimea, and not cooperate with Ukrainian President Poroshenko.

If Russia acknowledges the region as Novorossiya, the crisis will spike again.

Comment: For unknown reasons, politicians in Tripoli decided two months ago that new elections would lead to an end to violence and improve prospects for political reform, so they said. The low turnout was no surprise, based on the low voter registration. The turnout undermines the thesis that the elections might help stabilize the security situation.

Nigeria: A bomb exploded in a crowded shopping center in Abuja, the capital, on Wednesday. Authorities said it killed at least 21 people and injured 17. They also said the detonation was not far from the parliament building.

No group has claimed responsibility, but the bombing fits the pattern of recent Boko Haram activities.

Comment: The last bombing in Abuja was in May. Last week, Nigerian anti-terror authorities claimed they broke up a Boko Haram plot to detonate multiple bombs in Abuja, using stolen fuel tanker trucks. This appears to have been a public relations event to reassure the public.

The real bombing cell apparently remains at large and dangerous.