Is The Taliban Pulling the Strings in Afghanistan? 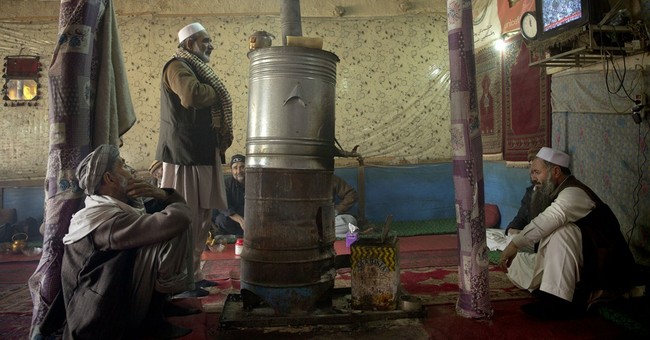 China: Chinese, South Korean, Japanese and US military aircraft have been active in the air defense zone that China declared on 23 November. No shooting incidents have been reported. China looks foolish for having made a declaration that it cannot enforce.A Chinese Foreign Ministry spokesman said China's air force has the right to patrol the country's Air Defense Identification Zone in the East China Sea.

Comment: Actually what the spokesman said represents China's argument. The facts are contrary. China declared a protected territorial zone over territory it does not occupy. It has the power, but not the right to make such a declaration. The right is that of the occupant or owner. Whenever a claimant asserts such a right, it is a de facto challenge to the occupying power and fundamentally destabilizing.

Destabilization is the key point of congtention in the Chinese declaration. The public statements published after every important party and government meeting this year have stressed the importance of stability as the essential condition for Chinese economic progress. Chinese diplomats have impressed the need for stability even on their North Korean counterparts.

The policy emphasis on stability is contradictory to the policy of protecting Chinese claims to sovereignty in Asia. Chinese leaders have set in motion fundamentally inconsistent policies and are stuck with the problem of trying to square a circle. The assertion of the air defense identification zone is completely contrary to China's counsel to North Korea to not stir up trouble.

Chinese military leaders and sovereignty hard-liners have moved too fast in two respects. They have issued declarations that exceed China's enforcement capabilities and they have issued rules that inherently destabilize northeast Asia, which party leaders have insisted repeatedly must remain stable.

This is a major embarrassment for China. No civil air carriers need pay attention to the Chinese rules or any rules that exceed the requirements of the International Civil Aviation Organization.

Comment: The sovereignty rights and claims of the Republic of China government on Taiwan are coextensive with those of the Communist government in Beijing. Nevertheless, the government on Taiwan is concerned about the destabilizing ripple effects of the actions of the Beijing government that also affect the Republican government. In other words, Taiwan could be affected adversely by the backlash and hostility from the Allied democracies in Asia. That explains its reaction. It stands to benefit from international compliance with Beijing's rules, though it also would chafe at rules issued by the Communists that affect Nationalist air traffic.

Japan: The Japanese government also has not ordered its national air carriers to comply with the Chinese rules. However, press sources indicate that commercial air carriers in South Korea and Japan are taking prudent precautions to be safe.

Comment: The Allied democracies in northeast Asia insist that they do not recognize the Communist Chinese rules, but many airlines are complying in the interest of avoiding mid-air mishaps, rather than as an acknowledgment of Chinese sovereignty. A single shooting incident would help clarify Chinese intentions.

On 30 November, anti-government protesters occupied the premises of additional government buildings as part of their effort to seize all major government agencies in Bangkok.

Thai riot police and rapid deployment forces were ordered to take "peaceful steps" to clear all government premises in Bangkok of anti-government protesters, a spokesman for the Center for Administration of Peace and Order said on 1 December.

The government imposed a curfew in Bangkok from 10:00 p.m. to 5:00 a.m., according to the deputy prime minister.

Prime Minister Yingluck Shinawatra canceled her trip to South Africa, originally set for 1 December because of the protests, but has not declared a state of emergency. She also said she will not resign nor consider seriously the opposition requirement that an unelected council run the government.

Comment: The latest protests are powerful indicators that Thailand remains divided between city dwellers and country folk. The two Shinawatra ministries came to office and power because of strong electoral returns outside Bangkok. Their opponents are based mostly in the large cities.

Successive elections have led to virtually identical protests and uprisings in the past ten years. The opposition essentially is calling for the overthrow of the government which was duly elected. In this kind of deadlock, the views of the Royal Family often prove decisive. The Royal Family has no sympathy for the anti-Royal and populist views of the Shinawatras, but the Royals do not show their hand in public, usually.

Afghanistan: The Taliban have urged President Hamid Karzai to turn a delay in signing a long-term security deal with the United States into outright rejection, in an unusually polite statement directed at a leader the insurgents have repeatedly denounced as a US puppet.

Comment: Most Western media accuse Karzai of obstinacy and greed in trying to obtain a better deal. One interesting point is that Karzai originally wanted to wait until the end of the year before signing the agreement. The end of the Afghan year is March 2014, about the time of the next presidential elections.

Karzai is no fool and is familiar with the West. He also knows that without US forces his government cannot last and might not last with them. His refusal to sign the bilateral security agreement is popular among the Pashtuns, of which he is one, as well as being a former Taliban diplomat.

Karzai remains highly suspicious of US intentions and sensitive to Pashtun concerns about a continuing US military presence. His position seems to be that the US must pay more to stay or he will make common cause with the Taliban after a US withdrawal. The future government in Kabul appears to be a matter of itsprice.

Iran-US: For the record. The White House on Monday categorically denied a report that President Obama is planning a trip to Iran next year. 'There is no truth to this report,' National Security Council spokeswoman Caitlin Hayden said in a press report. Kuwait's Arabic-language Al-Jarida is reporting on the front page of its website that U.S. and Iranian officials are negotiating a presidential visit for the middle of next year."

Comment: The supposed timing of the visit would correspond to a successful six-month suspension of Iran's nuclear program under the new agreement. A Presidential visit at that time would reward Iran for doing essentially nothing to roll back or dismantle its nuclear program. A US Presidential visit would seem to be more appropriate after the conclusion of a final agreement, which is by no means certain to ever take place.

On the other hand, President Clinton sent Secretary of State Albright to North Korea to arrange Clinton's visit to Pyongyang in December 2000. That visit never occurred for multiple political reasons, but it was typical of a presidential propensity to try to make diplomatic breakthroughs, wise or ill-advised, as part of building a legacy.

Comment: Lebanon is attempting to contain sectarian outbursts and prevent Lebanon from becoming a spill-over battlefield in the sectarian fighting in Syria. However, the Lebanese Army is too small and too Christian to maintain effective control of Tripoli for half a year. Its deployment always implies a request for US support, on which the Lebanese Army critically depends.

Ukraine: Over the weekend, some 200,000-500,000 people have rallied in Kiev to show support for European Union (EU) integration. Several people were injured and at least 35 were arrested when Ukrainian riot police forcefully dispersed hundreds of pro-Europe demonstrators in Kiev's Independence Square early on 30 November, following a night of violence protesting President Viktor Yanukovich's decision not to sign a long-anticipated association agreement with the EU.

Some 100 policemen and 22 pro-EU protesters reportedly were injured in clashes in Kiev, the city's police department said.

Throngs of anti-government protesters remained in control of parts of central Kiev on Monday morning. After huge protests on Sunday, during which several hundred thousand people took to the streets of Kiev to call for the president's removal, protesters erected makeshift barricades around Independence Square - the hub of the 2004 Orange Revolution.

Comment: The polarization between pro-Russian and pro-European Ukrainians has sharpened, but a government overthrow or resignation does not look likely because of Russian support for the Yanukovich government. Russia intends to bring Ukraine back into the Russian sphere of influence. Yanukovich essentially is a proxy for Moscow, but many urban Ukrainians identify with Europe more than with backwards Russia.

The demonstrators hope that another popular uprising can achieve a second, more durable revolution in Ukraine. With Russian backing, Yanukovich can withstand the protests. There will be more demonstrations, but a change of government does not look likely.