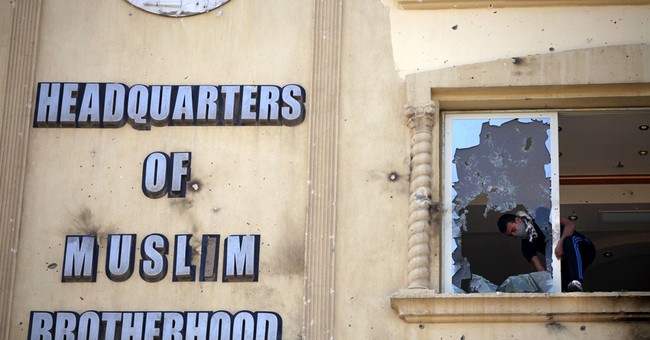 A special train carrying a group of reporters arrived at Rajin Port in Rason, in northeastern North Korea, from Khasan in the Russian Far East. This was the first train to travel between the two countries without changing bogies at the border.

Comment: Trains had traveled between the two towns, but had to change bogies when they crossed the border because of differences in track gauge. This limited the volume of freight that could be profitably shipped via the Trans-Siberian Railroad to Europe. It also made rail shipping on the west coast to Chinese rails and ports more cost-effective because Chinese and North Korean rails use standard gauge.

In 2001 President Putin and North Korean leader Kim Chong-il agreed to the direction rail connection. Work was delayed over the terms and construction costs, but work finally began in 2008. The 54-kilometer (34-mile) link is laid in Russian gauge.

"This is part of a trans-Korean transport line that will link ... this region with Europe via Russian territory," Russian Railways chief Vladimir Yakunin said on a visit to Rajin to mark the completion of the railway line. He said the track would carry coal and goods from South Korea and other Asian countries and might reach 4 million metric tons within two years.

Although the west coast line to China is in better condition, Kim Chong-il always favored a Russian line that ran only through Russia to Europe so as to limit the North's dependence on Chinese rails in order to reach the West.

North Korea-South Korea: The Korea Central News Agency published on 21 September a commentary that purported to explain the reasons for the suspension of Red Cross meetings and tourist talks.

"Key South Korean politicians, beginning with the chief executive, recently came out one after the other stating that they are 'pulling' the atmosphere of détente that was prepared after so long through the Republic's (North Korea's) sincere dialogue proposal …"

The North accused the South of slander because it said the North wants early resumption of tourism to Mount Kumgang, calling it "someone's milk cow." (Note: The implication is the North is greedy.)

The North also took offense over the South's discovery of a pro-North Korean member of the South Korean National Assembly and conducting a "witch hunt" for people sympathetic to North Korea and over South Korean discussions about invading the North and "strikes across the Demilitarized Zone" in collusion with the US. The commentary ends with, it's all South Korea's fault.

Comment: The spat looks like it is over money in connection with the tours by South Koreans to the resort at Mount Kumgang in North Korea. The North's theme is the South is unappreciative of the exertions the North has made towards reconciliation and cooperation, including resuming operations at the Kaesong industrial complex. Usually that means the North wants the South to show its appreciation and improve the atmosphere for dialogue by making more concessions and paying more.

China-Koreas: Concerning the suspension of Red Cross meetings and tourism talks, the Chinese foreign ministry spokesman said, "We have taken note of the relevant reporting. The improvement of relations and the realization of reconciliation and cooperation between the DPRK and the ROK are in the common interests of both sides. The current dialogue momentum on the peninsula is not easy to come by.

We hope that the parties involved will cherish and seize the opportunity to maintain the momentum of dialogue and engagement, continue to move in the same direction, and make active efforts to improve relations between the North and the South and to push the situation on the peninsula to develop in a positive direction."

Comment: The description of the current dialogue as "not easy to come by" parallels the theme of the North's criticism of South Korea. The Chinese appear to share the North's judgment that the South Koreans have not been gracious in the talks. The Chinese have tilted slightly back towards the North.

A change became apparent last week in Chinese media's description of Kim Kye Gwan's talks last week. The Chinese commented that conditions for starting talks should be reasonable. That was aimed at the Allies whose position is that the talks should not start anew but be a resumption of past talks, including past agreements by North Korea on which it reneged.

Egypt: An Egyptian court on Monday banned the Muslim Brotherhood from carrying out any activities in the country and ordered the seizure of the group's funds. Egyptian media printed the verdict, a translation of which follows.

"The court urgently ruled the ban of the organization of the Muslim Brotherhood (MB) inside the Arab Republic of Egypt; the MB group that springs from it; the MB society and any institution emerging from it or affiliated to it; any institution that is established by funds from it or gets money or any other form of support from it."

"The court banned the societies that receive donations if one of their members is a member of the above-mentioned organization, group or society; freeze their liquid and material assets, and property whether owned or rented; all the property, and material or liquid assets owned by their members."

"These assets will be managed in a way that is consistent with the purpose of their foundation and in accordance with laws of the Egyptian state. An independent government commission will be founded to legally, financially and administratively manage the frozen liquid and material assets and property until final court verdicts are issued on the criminal charges faced by the group and its members in relation to harming national security and disturbing peace and public order. The treasury will pay the expenses."

Comment: The verdict was issued by a court of first instance, so it can be challenged. A Brotherhood source told the press that the verdict would be appealed within ten days.

Commentators noted that the Brotherhood had been outlawed for most of its 85 years, but was registered for the first time as a legal non-governmental organization in March 2013. The penalties for membership and agitation will be determined in subsequent court rulings. This ruling is explicit that criminal proceedings will follow.

This has been in the works since the government broke up the sit-ins in Cairo. Expect protest demonstrations.