There is a better stimulus plan out there 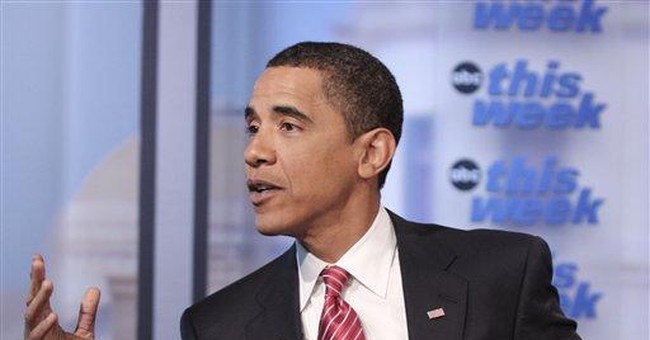 We now have the benefit of PEBO’s* general position on a plan to stimulate our economy. Government shall be our savior. We shall not want. More specifically, government spending. About $800 billion (probably more) will be created out of thin air and then spent by politicians and their cronies in an effort to get our economy moving. Some of PEBO’s spending ideas included “investing” in government schools and modernizing various federal government buildings in Washington and elsewhere.

The “investing in education” bit gives you your first real clue of just what Obama is proposing here. He is proposing to use the occasion of an economic crisis to provide cover for increased government spending that he’s been promising since the day he announced his candidacy. I doubt that someone can explain clearly just how investing in education is going to quickly stimulate our economy, but that spending will be there because it was promised – promised long before our crisis became apparent.

Obama’s stimulus plan is very little more than a plan to enhance and solidify the power of the Imperial Federal Government over our economy at the expense of the private sector and free markets.

Is there a better idea out there? You bet there is, and it came from the 1st Congressional District of Texas. Congressmen Louie Gohmert notes that the federal government collects about $100 billion in income taxes every month, plus another $60 billion in Social Security and Medicare taxes. If those of you who are government educated have a calculator handy, you’ll see that this adds up to about $160 billion a month. Now if you divide Obama’s proposed $800 billion stimulus plan by $160 billion, you’ll come up with five. This means that our government will collect $800 billion in income and payroll taxes from February through June.

So, Gohmert asks, instead of bureaucrats and politicians deciding how all of this money is going to be spent, why not let the people who actually worked for this cash make their own independent spending decisions for this money. How would you do that? Simple: declare a five-month tax holiday. From February through June everybody keeps their paycheck. No income tax withholding … no payroll taxes. What will the people do with this money? What, are you crazy? They’ll spend it, that’s what. Talk about stimulating the economy!

Obama's Stimulus - The government prints $800 billion for government to spend, thus insuring that the money will be spent as politicians and government bureaucrats want it to be spent. Plan adds $800 billion in additional debt.

Either way we add $800 billion to our deficit.

Who gets the power to chose economic winners and losers?

Obama's Stimulus - Government makes the choices of who wins and loses. Winners include teacher’s unions, government contractors, politicians and businesses favored by government and political operatives. This plan grows government.

Six Month Tax Holiday - The people who actually earned the money get to choose the economic winners and losers through their spending decisions. Winners include private sector businesses that provide quality products and services. This plan grows the private-sector economy.

Either way $800 billion gets poured into our economy!!!

Who comes out with more power?

Obama's Stimulus - Enhances the power of government and promotes the cause of a state -controlled economy.

Six Month Tax Holiday - Enhances the power of the individual taxpayer/consumer and promotes the cause of economic liberty and the free market.

Power to the people? Or to government?

Who gets the happy ending?

Is there a detriment to the Gohmert plan? You betcha! And the flaw is fatal. If you declare a full tax holiday people are actually going to figure out how much they earn. No more of this “take home pay” nonsense. You get your whole paycheck. Now just imagine what happens in July with the withholding starts again.