Natalie Goodnow
|
Posted: Feb 02, 2021 12:01 AM
Share   Tweet
The opinions expressed by columnists are their own and do not necessarily represent the views of Townhall.com. 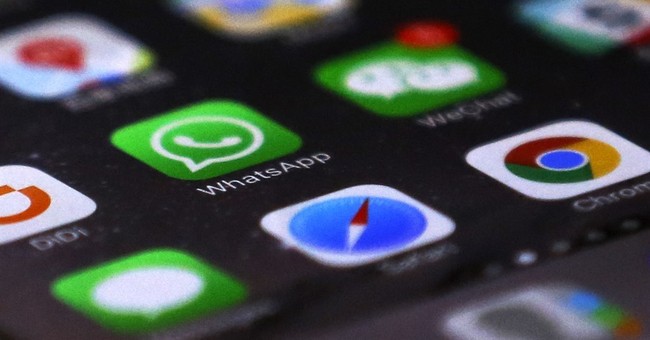 This past weekend, several social media accounts started to make alarming announcements. Products they sold — some of which they had sold for months — were suddenly rated “not approved” on Instagram and Facebook, prohibiting their sale. The common denominator? No, not something political. They were all Catholic.

One was an author, Carrie Gress, whose book “The Anti-Mary Exposed: Rescuing the Culture from Toxic Femininity” was removed. The book on Catholicism and culture is not new, though it was published fairly recently in 2019. According to the screenshots she shared, she was alerted that the item no longer follows the commerce policies of Facebook and Instagram. Posts concerning the book were also flagged across multiple accounts.

In her comments section, small Catholic businesses shared that they also had started seeing some of their products removed. The decision behind which items were suddenly “not approved” while others remained suitable to sell seems random. One item, a sticker from Just Love Prints saying “Rest in Him” (advertised simply with a photo of a hand holding the sticker), violated Facebook’s policy for the bizarre reason that “Listings may not position products or services in a sexually suggestive manner.” Another shop, The Simple Saints, shared in its Instagram stories that its print Sacred Heart of Jesus was no longer approved.

These items are not violent, sexual, or in any other category that might disqualify them from being sold on social media platforms. This suggests one of two scenarios might be happening: 1) Facebook, Instagram, etc. recently adjusted their algorithms for flagging prohibited content, resulting in items being incorrectly categorized as problematic; or 2) these platforms are discriminating against these sellers because of the religious nature of their products.

Both of these are problematic. If this an algorithm accident, hopefully it can be — and is — quickly rectified by adjustments to the algorithm, allowing these accounts to continue selling these items. Though there is no guarantee that would happen. In the meantime, these items will not be purchasable through Facebook and Instagram (and other shops, authors, and others might encounter this issue in the meantime). The consequence is not just lost revenue, but a decrease in what views are presented on these platforms. While it might start by affecting only a small handful of accounts, it is entirely possible that it spreads and impacts others.

But if these were not accidental flaggings and rather intentional, that is far more alarming. Not that long ago, this scenario would perhaps have seemed pretty unlikely. However, censorship has increasingly become an issue of debate on platforms like Twitter and Facebook. There has been discussion, including by the U.S. Senate Committee on Commerce, Science, and Transportation, about whether Big Tech is overstepping when it comes to content moderation and should have greater accountability and transparency.

Take for example the case of Twitter locking the NY Post’s account last fall over its reporting on Hunter Biden. The recent deplatforming of the app Parler is another prominent example, as it was first suspended by Apple, Google, and then kicked off Amazon Web Services, leaving its creators scrambling to find a way to keep it online. This was due to claims that several Parler users used the app to incite the violence that occurred January 6th at the Capitol and that Parler should have had stricter content oversight preventing those posts.

While censoring often focuses more on political figures and topics, there are growing concerns that it will extend to religious content and communities as well (and of course some content might be deemed both religious and political, such as pro-life issues). The examples presented here of Catholic shops finding their products suddenly unapproved are so striking precisely because they are a far, far cry from the more controversial cases of censorship playing out in the political arena. Who could find something problematic about a Catholic sticker?

Many accounts that focus on religious content or products are starting to put together back-up plans to stay connected with their followers in case they get removed from large social media platforms. Even if it is an accident that these religious accounts are seeing their products unapproved, it is concerning that platforms like Facebook and Instagram are utilizing algorithms that would cause this. It is unclear how long it might take to solve such a problem and users have little recourse in the meantime. As content policies continue to evolve on social media, though, it remains to be seen just how much censorship creep will occur.

Natalie Goodnow is a visiting fellow with Independent Women’s Forum.