Pharma Tried to Buy Congress in 2015

Mytheos Holt
|
Posted: Feb 03, 2016 12:01 AM
Share   Tweet
The opinions expressed by columnists are their own and do not necessarily represent the views of Townhall.com. 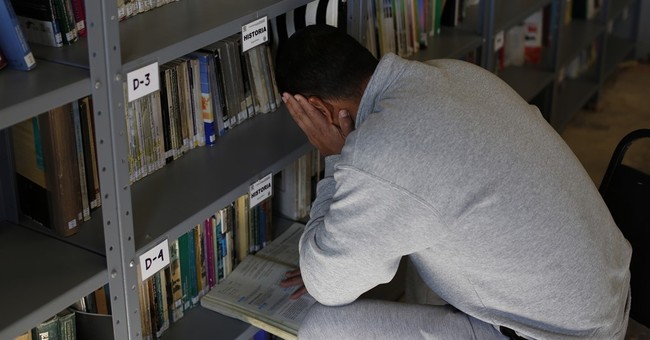 Recently, alarming news for those advocating for a sensible health care policy arrived courtesy of Politico Pro: The pharmaceutical industry spent more than $50 million on lobbying last year alone. And, if you can believe this, that’s an increase from 2014.

To be fair, 2015 was not a good year for pharma. Martin Shkreli, the bad-boy hedge fund CEO who hiked a drug price from just under $14 to $750 per pill, became known as the “face of U.S. Health Care,” to quote an Atlantic story that ran around the time of his decision. And the drug industry seems to have noticed, given that the Pharmaceutical Researchers and Manufacturers of America (PhRMA) went to great lengths to disavow Shkreli and those like him. According to the publication STAT:

PhRMA, one of the most powerful industry groups in Washington, had watched for several days as Turing Pharmaceuticals and CEO Martin Shkreli were being savaged on social media and on the campaign trail for dramatically raising the price of an anti-parasitic drug. Then, on Sept. 22, PhRMA tweeted that Turing “does not represent the values of @PhRMA member companies.”

A month later, the group published a blog post in which it charged that Valeant Pharmaceuticals, immersed in a separate controversy, was “more reflective of a hedge fund than an innovative biopharmaceutical company.”

As pharma tries to distance itself from its own worst actors, the industry is using its oversized lobbying muscle to scuttle the 340B drug pricing program.

For those who don’t know, 340B is a program that requires pharmaceutical companies who want to participate in Medicaid and Medicare Part B to sell drugs at a lower price to hospitals that serve high numbers of low-income and rural patients. It costs the pharmaceutical industry about $3.8 billion per year in profits, and taxpayers next to nothing. That number might seem like a lot, until you realize that the annual Medicare Part B market alone is worth about $22 billion. In other words, this is mathematically the equivalent of asking the pharmaceutical industry to hand over $1 in order to gain $5. On the Medicaid side of the ledger, that advantage is far greater. And if, by some chance, drug companies don’t want to pay that price, they don’t have to. 340B is completely voluntary.

Only in a world where pharma shells out tens of millions of dollars to Congress could a proposal to cut something this seemingly commonsensical as 340B not be laughed at for the price gouging nonsense that it is. But apparently, price gouging becomes mainstream if you pay enough to make it so.

Small wonder that the public is getting more and more enamored with Democrats’ socialized medicine pipe dreams when an industry this greedy represents the opposition.

If conservatives want to stop corruption, corporate welfare and rent seeking, then taking a big bite out of Big Pharma should be one of their top priorities as we enter election season.