Why Are We Paying People to Hurt Innovators? 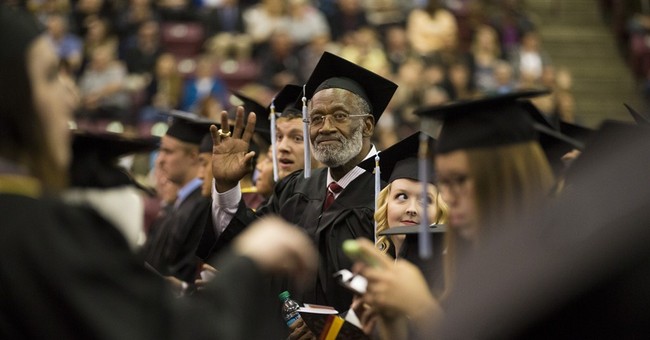 Conservatives, here’s a question: What if I told you that taxpayers are inadvertently propping up indoctrination camps that teach their students to be anti-growth while simultaneously trying to extort hundreds of millions of dollars from the very companies most devoted to making our lives better?

And yes, I am talking about universities.

We all know the particulars when it comes to liberal indoctrination on college campuses, but a few examples might be worth rehearsing.

Take the massive degree to which liberals dominate academia by virtue of sheer numbers. For instance, at Carnegie Mellon University in Pittsburgh, PA, liberal professors outnumber conservatives 9 to 1, according to Campus Reform. Granted, having a massive number of people from one political orientation doesn’t guarantee indoctrination, but groupthink sure makes it easier.

After all, go too far and you might have people living in such a bubble that they make openly racist and sexist statements on Twitter because it’s in line with politically correct orthodoxy. You know, like Boston University Professor Saida Grundy, who tweeted, “White masculinity isn’t a problem for america’s (sic) colleges, white masculinity is THE problem for america’s (sic) colleges.”

Now, up to this point, you’re probably nodding and saying, “Yeah yeah, I know all that, but what were you talking about with the ‘extorting hundreds of millions of dollars from companies’ stuff?” Well, funny story, I didn’t pick Carnegie Mellon and Boston University out of a hat. I picked them because they also happen to be two universities that either expect to profit, or are in the process of profiting, from very questionable patent litigation.

Start with Carnegie Mellon. To be fair to them, unlike a lot of overt patent trolls, their suit probably actually had merit, which is why it won at trial. What doesn’t have merit is how much money the court handed them in damages, and which they tried to preserve at the appellate level. Jeff John Roberts at Fortune explains:

The case itself involved two patents obtained by Carnegie Mellon professors that covered a new method for increasing chip density on a hard drive. A jury found that Santa Clara, Calif-based Marvell Technologies MRVL 0.75% infringed on those patents, and ordered it to pay 50 cents for 2,338,380,542 chips it sold between 2003 and 2012. A judge then topped up the amount to cover more recent sales and, for good measure, boosted the total by 23% to punish Marvell’s behavior.[…]

In an appeals court ruling, a unanimous three-judge panel threw out the 23% top-up award after finding Marvell did not deserve to be on the hook for so-called “enhanced” damages. More importantly, the ruling also attacked the core amount because it covered Marvell’s worldwide sales, not just those in the United States.

Got that? Carnegie Mellon wanted a slice of the money Marvell Technologies made not just in the country where it broke the law, but also in every other country.

If you’re a conservative and you want to preserve our homegrown tech advantage, the problem should be obvious. It’s basically a one-way route to having every tech company move overseas in order to avoid being slammed with damages even in places where US law doesn’t apply. This is probably why innovation giants like Google and Microsoft raised an alarm about the amount in the original decision. But for Carnegie Mellon, getting cash for their Democrat professors apparently supplants the rule of law as a concern, the taxpayer dollars they get be damned.

And then there’s Boston University, which has literally turned to trying to assert that it’s owed a cut of Apple and Amazon’s profits because they use blue lightbulbs, which a BU professor patented in 1997. No, seriously. Here’s Jeff John Roberts again:

The BU lawsuits are based on a patent obtained by one of its professors in 1997 for the use of gallium nitride films. The university claims the technology is found in screens produced by Microsoft, Dell, Amazon and, seemingly, any company that uses blue LED’s. In response, many of the companies settled, according to court records.[…]

The opportunistic exploitation of old patents has failed to deliver obvious economic benefits to the public. It also appears to be undercutting the public research mission that universities like Boston University have traditionally espoused.

As Love observes, universities’ assertion of old patents can deprive the public of useful knowledge, and can also amounts to a form of financial double-dipping on the part of the schools:

“[F]ederal and state resources support virtually all university research in some form or fashion. When universities exercise patent rights, they exclude the public from the fruits of research funded from public coffers, forcing consumer to effectively pay twice for university-developed technology,” he wrote.

In other words, BU pads its bottom line not by producing actual new research, but by undercutting other peoples’ ability to do that research by excavating patents and using them for trolling. In fact, Roberts also notes that BU even partnered with dubious actors in the patent space like RPX Technologies in order to try to extort a windfall. Not to diminish “white masculinity” as an alleged problem, but I think stopping stuff like this might be a bit higher on the priorities list.

As I’ve noted, and Roberts confirms, taxpayer dollars are going to these schools to support their extortionate legal theories (in the case of Carnegie Mellon) and their anti-research agendas (in the case of BU). If these schools want to get our money, then they’d better get back to what they’re actually getting it for, which is producing useful knowledge, not strangling it in its crib so its liberal professors can go on producing useless left-wing pap.