So, You Want Canadian Health Care?

Mona Charen
|
Posted: Aug 02, 2019 12:01 AM
Share   Tweet
The opinions expressed by columnists are their own and do not necessarily represent the views of Townhall.com. 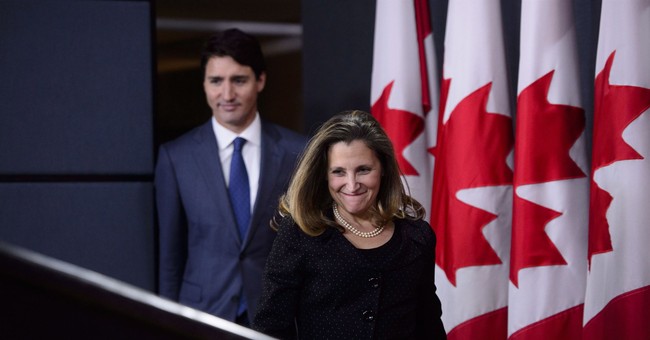 These "debates" are to serious policy discussions as a kazoo is to an orchestra. You can say a kazoo is an instrument, and you can say that these truncated thoughts are proposals, but you'll invite smirks.

This is not a slam on Democrats. The Republican "debates" in 2016 were no better. When a stage is sardined with candidates, there is no alternative to keeping answers short. If the voters had longer attention spans, we could arrange four or five nights of less manic encounters, which would give candidates the chance to explain themselves. But since we don't, we have unedifying and demeaning soundbite pingpong matches.

It isn't clear that they merit the intense media interest they generate. Must Joe Biden prove he's not too old? Must Cory Booker "have a moment" after a lackluster first debate? Maybe. Then again, Donald Trump performed abysmally in the 2016 debates. He didn't know the issues and made excruciating errors. His great skill, if you can call it that, was in lobbing juvenile taunts at his rivals. Yet he was acclaimed the winner by the viewers.

Several candidates this week stressed that the Democratic Party is veering too far to the left, which was refreshing, if probably futile. The undertow pulling the party left is very strong. As recently as 2009, the public option in health care was considered too extreme, which is why President Barack Obama omitted it. Now, it's the moderate position compared with "Medicare for All," which is endorsed by Bernie Sanders, Elizabeth Warren, Andrew Yang, Bill de Blasio, Julian Castro and, with some reservations, Kamala Harris and Pete Buttigieg.

As usual, Sanders and Elizabeth Warren were in full outrage mode about the corporate villains who are sucking us dry. It isn't a sign of our political maturity that the most successful politicians now are demagogues who find some target to blame -- foreign competition, immigrants, greedy corporations, millionaires and billionaires. Warren claims that "giant corporations" and billionaires will foot the bill for her MFA, which rivals Trump's claim that Mexico would pay for his wall. Sanders pointed to the nation across the river from Detroit to shame Americans about health care not being treated as a "yooman right" in this country.

This seems like a good time to review what Canada's single-payer health care system does and doesn't do.

It's true that all Canadian citizens and legal residents (though not immigrants there illegal) get "free" health care, but only in the sense that you don't get a bill after seeing a doctor or visiting a hospital. Medical care is subsidized by taxes, but the price comes in another form as well -- rationing. A 2018 report from the Fraser Institute, a Canadian think tank, found that wait times between seeing a general practitioner and a specialist average 19.8 weeks. That's the average. There are variations among specialties. Those hoping to see an orthopedist wait an average of 39 weeks in Nova Scotia, while those seeking an oncologist wait about 3.8 weeks.

Canada has the same modern medical technology that the U.S. offers, but Canadians must wait more than a month for a CT scan, more than 10 weeks for an MRI, and almost a month for an ultrasound.

Imagine the anxiety of learning that you need an MRI to find out whether the mass in your breast is anything to worry about and then being told that the next available appointment is in 10 weeks. In addition to the psychic price, Canadians who had to wait for treatment expended an average of $1,822 out of pocket last year, due to lost wages and other costs. The Fraser Institute also calculated the value of the lost productivity of those waiting for treatment -- nearly $5,600 per patient, totaling $5.8 billion nationally. Wait times to see physicians in the U.S. have been creeping up in recent years -- perhaps in response to increased demand following Obamacare -- but remain much shorter than Canada's or other OECD countries with nationalized health services.

When there's an artificial shortage of a good or service, a black market usually follows. I have heard from several Canadians that paying doctors bribes to jump the line is not uncommon. But Canada has another pressure reliever: Ninety percent of Canadians live within 90 miles of the U.S. border, and medical centers in Buffalo, Chicago, Rochester and elsewhere receive tens of thousands of Canadian patients every year.

Advocates respond that Canadians are happy with their system, and that's fine. It's their choice. But Americans tend not to be so docile about delays. And in any case, the Democrats' pretense that we can provide "Medicare for All" and receive the same level of care we've become accustomed to is applesauce. You want the Canadian system? Fine. Just know what you're giving up.