What's a Party For?

Mona Charen
|
Posted: Jan 27, 2016 12:01 AM
Share   Tweet
The opinions expressed by columnists are their own and do not necessarily represent the views of Townhall.com. 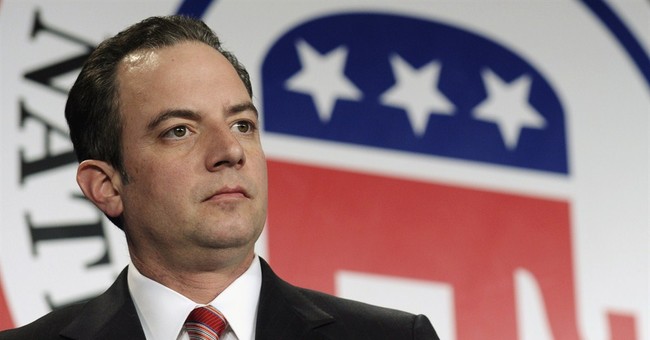 What is a political party? By the intensity of internecine conflict among Republicans, you might conclude that it's a church. Sen. Ted Cruz is among the leading voices of a faction that wants to treat the Republican Party as a confession -- singing to the choir, denouncing heretics and damning sinners to hell.

This appears to be part conviction and part political calculation on Sen. Cruz's part. He's fully convinced that a Republican can win in 2016 by energizing the base. "The evangelical vote," a Cruz strategist told The Cook Political Report, "is the largest unfished pond of voters -- it's a frickin' ocean." Convinced that dispirited white, evangelical voters stayed home in recent elections but can be roused by a sectarian candidate, Cruz barreled into Washington, D.C., in 2013 spitting fire not just at Democrats but at his own party, too. They were all part of the "Washington cartel," he thundered. Republican leaders were not just weak or ineffective -- they were treacherous.

A terrible thing happened on the way to Cruz's plan to ride popular outrage with his own party to the Republican presidential nomination: Donald Trump offered an even more attractive brew of misdirected anger and indignation. If the Republican Party is now being hijacked by Trumpkins -- and I truly pray that it is not -- Sen. Ted Cruz is hardly in a position to protest. He helped stack the tinder for this auto de fe.

This is not to say that Republicans have enjoyed unblemished leadership during the Obama years -- but that's not the point. Cruz indicted the Republican House and Senate leadership, and nearly all of his colleagues, for cowardice and cupidity. It was this, and not Cruz's firm conservatism, that alienated fellow senators. It was all a carefully choreographed prelude to his bid for a great swell of white, evangelical Protestants he hopes to inspire to his standard.

So what is a political party for? The Democrats seem to have long since decided that their party is a coalition of interest groups: blacks, women, gays, Hispanics, Asians and unions. For the past few decades, the Republican Party has rejected identity politics in favor of smaller government and more individual liberty, more free enterprise, a strong national defense and traditional values. The party I joined did not seek to vindicate the interests of white people or the native born or Christian conservatives. It was open to all who shared its principles.

Trump represents a total collapse of Republicanism in favor of nativism, protectionism (that worked so well with Smoot-Hawley) and American-style Putinism. If he were nominated, he would be soundly defeated. Trump is viewed more unfavorably than any other candidate, including Hillary Clinton. He peddles identity politics for white people, but even most white people disdain that. For what it's worth, I could not vote for him, for these and many other reasons.

Cruz's strategy is a bit subtler, but also includes polarizing the nation -- thus his dig at "New York values." As outlined by National Review's Eliana Johnson, Cruz's theory rests upon belief in the "missing evangelicals." Many pixels have been expended on the subject of voters who stayed home in 2012. When 42.5 percent of eligible voters refrain from voting, millions of African-Americans, Hispanics and others are also on the list of nonvoters.

The case for a wave of previously unmotivated evangelicals flocking to the polls for Cruz is shaky at best. Consider that the last time a Republican won a presidential election (2004), evangelicals comprised 23 percent of the electorate and Bush won 78 percent of their votes. In 2012, they represented 26 percent of voters, and Romney won the same share, 78 percent, but still lost. Besides, the 2012 drop in voter turnout was much less pronounced in the battleground states that really decided the election than in places like Oklahoma, West Virginia and Arkansas, where an evangelical tide would not have changed the outcome.

Or consider the sobering possibility that evangelicals are not all that conservative. Among evangelical voters today, according to an NBC poll, fully 37 percent support Trump, with only 20 percent backing Cruz. As he watched Jerry Falwell Jr. endorse Donald Trump, Sen. Cruz saw his theory circle the drain.

The appeal to groups as groups is the bane of modern politics. The resort to shrill appeals to "base" voters on either side is shredding our national unity. To succeed, the Republican Party will have to win the votes of moderates as well as conservatives in states such as Florida, Virginia, New Hampshire, Ohio, Colorado and Nevada. A conservative can do that with a straightforward pitch to Americans as Americans. Anything less is unworthy -- and unlikely to be successful.