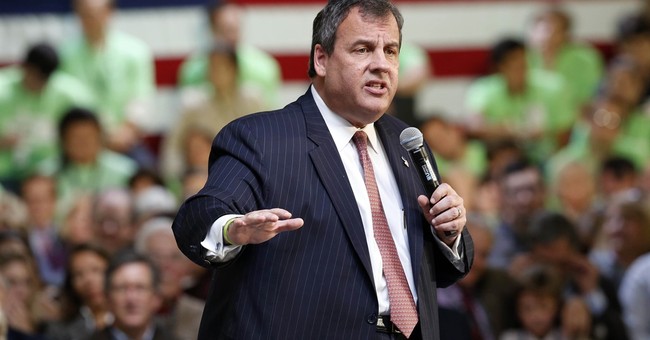 But, Christie said, when it comes to heroin, cocaine and alcohol addicts, people react differently. Too often, he claimed, "People say 'they're getting what they deserve.'"

Really? I wonder if Christie could name some, because it seems that he has just erected a straw man that would make Barack Obama, the straw-man master, envious. Who is opposed to drug and alcohol treatment?

While it's true that there are many more addicts than there are treatment programs, this doesn't prove that judgmental martinets are blocking access, merely that it's expensive, and that there are rising numbers of drug abusers. Overdose deaths from heroin have quadrupled since 2002, and use has increased by 63 percent, according to the Centers for Disease Control.

The world isn't divided between those who want to treat addicts and those who want to turn their backs. There are some (and I include myself) who think addiction is not like multiple myeloma or autism; there is an element of choice in the former and not the latter. But that doesn't mean we would stint on treatment.

Christie has raised some substantive issues in this race (entitlements, for example) and good for him. But this looks like an exercise in the kind of moral exhibitionism that has become so common on the left and that Christie ought to be above. The point of his little sermon was not to discuss policy options, but to showcase his own feelings. Christie was no doubt delighted by headlines like this from CBS: "Chris Christie's Emotional Plea For Addiction Treatment Goes Viral."

Treatment is not any sort of panacea for addiction, either. Dr. Sally Satel, a psychiatrist and addiction specialist, estimates that between 40 and 60 percent of participants in drug treatment programs drop out within the first few weeks or months while effective outpatient treatment typically requires at least a year. She is encouraged by the success of programs such as Swift, Certain, and Fair, which impose immediate (but not harsh) consequences on substance abusers and have been found to be quite effective.

But realists will keep their expectations modest.

This is a tired and familiar charge from the left. They are fond of saying that pro-lifers only care about babies before they're born and not after. Good liberals, by contrast, may be fine with dismembering unborn babies, but once they're out of the womb, boy, they're determined to give them such benefits as WIC and Head Start.

This is fatuous. In the first place, no level of social welfare support for children can morally outweigh licensed killing. Surely that's what the unborn would say, if they had a voice. Second, the cliche about pro-lifers being indifferent to babies after birth is utterly fictional. This country boasts more than 2,000 crisis pregnancy centers that feature support for pregnant women and provide aid during the first year of life (and sometimes beyond) for their children. Christians, who comprise the majority of pro-life Americans, are more than twice as likely to adopt children as non-Christians. People who attend religious services at least once a week (again, I'm assuming considerable overlap with pro-life views) are also more likely to serve as foster parents, volunteers of all kinds and blood donors. They are also more likely to donate to charities than their secular counterparts. How does that possibly translate into not caring about the "whole life"?

Christie doubtless knows all of this, which makes his cheap shot at his fellow pro-lifers especially disappointing.