Obama Always Puts U.S. on the Wrong Side 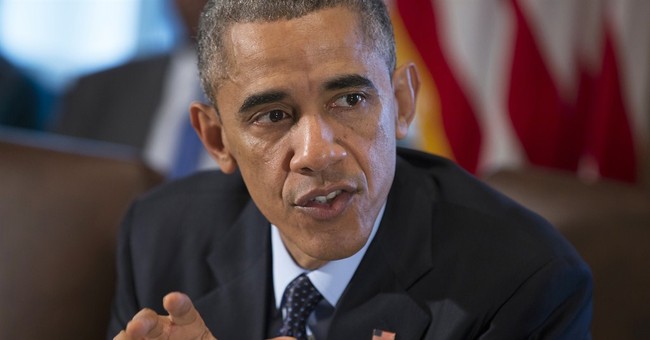 Trending
Americans of most political persuasions tend to view the United Nations as corrupt and morally inverted. An organization supposedly dedicated to the Universal Declaration of Human Rights regularly overlooks abuses by the world's worst actors (Cuba, North Korea, China, just to name three) while expending vast quantities of outrage at the efforts of one tiny democracy, Israel, to defend itself.

When the United States stands with Israel against the UN lynch mob, it restores ballast to the moral universe. What should be up is up, and what should be down is down. I kept a photograph of Democrat Daniel Patrick Moynihan, U.S. ambassador to the UN in the 1970s, on my wall for many years. Scowling with disgust at the corruption of the idea of human rights in the UN, he held his hand high to veto the infamous "Zionism is Racism" resolution. Steady American diplomacy under later presidents got the foul thing revoked in 1991.

It has been the mark of the Obama administration to join the jackals. In 2010, when Hamas sympathizers organized a flotilla to run the Gaza blockade and bring weapons and other supplies to the terrorist organization, the Obama administration joined others at the UN to condemn not Hamas but Israel. Then-Secretary of State Hillary Clinton offered that the Gaza blockade (also maintained by Egypt, though that of course went unmentioned) was "unsustainable and unacceptable." (Supplies such as food and medicine were flowing freely from Israel into Gaza.)

The pattern has been repeated time and again, but its persistence doesn't dull its capacity to shock. Foreign policy is always a delicate dance, and yes, allies sometimes criticize one another. But the Obama administration has consistently found little to criticize in our adversaries and everything to mock and disdain in our friends.

In just the past several weeks, President Obama has sent another missive to Supreme Leader Ali Khamenei of Iran, apparently suggesting that our two nations unite against a common enemy, Isis. Leave aside for now the strategic folly of this attempt -- Iran is a far more dangerous enemy to the U.S. and to world peace than Isis -- and just consider the other story emerging from the Middle East.

Israeli citizens have been victims of a number of terror attacks in the past six months. A Palestinian drove a car into a crowd of civilians in Jerusalem, killing a 6-month-old baby and wounding others. There have been stabbings and other vehicular homicides. In all, six Israelis have been killed and more than 100 injured.

The State Department's response to two episodes of violence reveals how perverted the Obama administration's moral compass is. Tom Wilson of Commentary notes that in the past few weeks, two "victims" of violence in Israel held dual citizenship. The first was Rabbi Yehuda Glick, an advocate for the rights of all religions to worship on the Temple Mount in Jerusalem. Glick was shot at point-blank range after a series of incendiary statements from PA leader Mahmoud Abbas suggesting that the Jews "desecrate" the Mount by even setting foot there. Glick has been in a medically induced coma ever since.

Yet, though Glick holds joint U.S. and Israeli citizenship, the U.S. government was utterly silent about his attempted murder and has been equally mum about Abbas' ugly racial incitement.

Now consider the death of Palestinian-American teen Orwa Abd al-Wahhab Hammad. The 17-year-old was shot by Israeli security forces as he was poised to hurl a Molotov cocktail off a bridge onto civilian traffic below. The U.S. State Department, making much of Hammad's U.S. citizenship, demanded "a speedy and transparent investigation." Spokesman Jen Psaki then added that the U.S. "expresses its deepest condolences to the family of a U.S. citizen minor who was killed by the Israeli Defense Forces."

As for Rabbi Glick, who was threatening no one but merely advocating for the religious rights of all and was attacked on that account, the U.S. had nothing to say. There have been no calls for Palestinian authorities to investigate this latest string of murders and other attacks. Glick's family has heard nothing privately from the U.S. government, and of course, there have been no public declarations of dismay at the attack upon him.

Obama continues to insult, snub and humiliate Israel while secretly and increasingly openly courting the terror regime in Iran. The moral inversion could not be more complete.