Why I Can’t Get Arrested In Raleigh

Mike Adams
|
Posted: May 04, 2020 10:22 AM
Share   Tweet
The opinions expressed by columnists are their own and do not necessarily represent the views of Townhall.com. 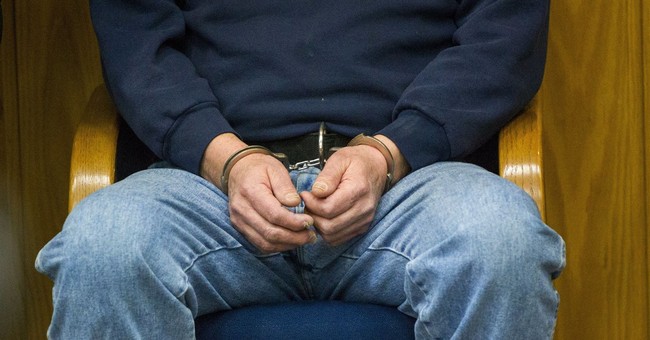 There is no constitutional right to be arrested. But I have been trying my damnedest lately without much success. In fact, last Tuesday I tried to do so in front of the governor’s mansion in Raleigh, North Carolina. But despite my flagrant violation of their order to get off the sidewalk, the police refused to arrest me. Instead, they arrested three women for peacefully standing on public property. Then, they lied about it to the general public. The details of the one arrest I actually witnessed are important. And they call for an immediate challenge in federal court.

When I approached the front sidewalk outside the governor’s mansion in the early afternoon of April 28th, I saw just enough of the interaction between Lisa Todd and sworn law enforcement officers to know that she was merely peaceably and calmly objecting to their insistence that she remove herself from a public sidewalk, which is a traditional public forum for First Amendment purposes. She was naturally perplexed because the police officers had previously told her - and others protesting against Governor Cooper’s executive order 121 – that she was free to protest on the sidewalk in front of the governor’s mansion.

Anyone with a high school diploma and a civics course under his belt should know that government agents cannot selectively revoke citizens’ right to protest peaceably on public property within a traditional public forum. But one of the officers overseeing the arrest was not a normal officer. He was the same vertically challenged policeman who had previously told a least one protestor that his protest was not “essential business” under the terms of Roy Cooper’s order. The Raleigh Police Department (RPD) echoed this view in a subsequent tweet. Yet the protests continued. I decided to join them. And I am glad I did.

Fortunately, as soon as Lisa Todd was arrested, I had an opportunity to confront the aforementioned police officer. I charged onto the sidewalk and I ran right up to the officer. I shook my finger in his face as I shouted repeated demands that he explain what law Lisa Todd had violated that had led to her arrest. Despite my aggressive approach to him and my raised voice, the officer did not arrest me. In fact, he just cowered and walked away. Why do you suppose that was?

The answer, of course, is simple. RPD officers know who I am (as many of my former criminology students are on their police force). They know I teach a course on the First Amendment. They know I have tangled with Roy Cooper before and that I beat him in a seven-year lawsuit. And they know I would beat him again.

In other words, the Raleigh Police know they are violating their oath to defend the United States Constitution so they pick their targets carefully when they are trying to intimidate protestors and quell free speech. In this case, they picked on a homeschooling mom – doubtlessly assuming she lacks the means I have to fight back.

But the corrupt RDP is not the only agency implicated in the arrest of Lisa Todd. In fact, the RPD is not even the main culprit. The Capitol Police, a separate law enforcement entity altogether, was policing the outside of the governor’s mansion along with RPD. They are the ones who actually took her into custody. And they physically abused her by slamming the middle-aged woman onto the hood of a patrol car. That was her punishment for the crime of standing peaceably on a public sidewalk. After the arrest was affected, Lisa Todd was formally booked for:

The police lied on both counts. In fact, after they arrested Lisa Todd, Capitol Police could not figure out how to charge her. So they called in city attorneys who helped them fabricate both charges. Each charge suffers from a fatal flaw.

With regard to the first charge, violating the governor’s order, the specific accusation is that Lisa Todd refused to “social distance” by standing six feet away from the other protestors. But I (as well as many others) have videotape that proves no one was social distancing at the protest. Not even the police officers.

With regard to the second charge, resisting arrest, the arresting officer has already contradicted the specific accusation. According to my source, who was inside the facility at the time of the arrest, the arresting officer responded to a direct question about whether Todd resisted arrest by shaking his head from side to side. Negative. Clearly, the government’s attorneys are guilty of manufacturing evidence in the case against her. They should be disbarred for doing so.

But before we start disbarring people there is a preliminary matter that must be addressed. We need to get Lisa Todd lawyered up so she can take on Roy Cooper’s Gestapo. We all know the American Civil Liberties Union lacks the integrity to step in. Who will do their work for them?

If any lawyer reading this column believes he has the skill as well as the moral obligation to defend Lisa Todd, let him contact me at my university email address. We simply cannot allow well-connected people like me to get a pass while the authorities target and then physically abuse defenseless women.