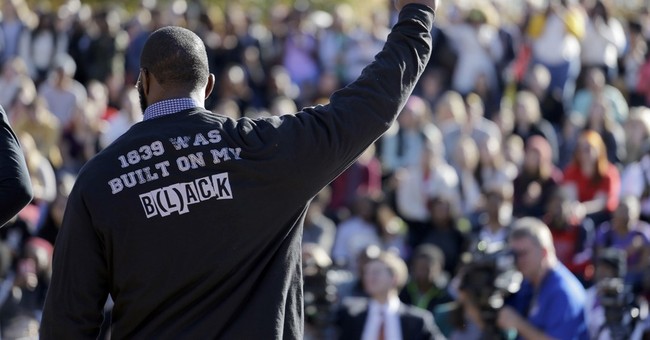 Matt Walsh is among the best conservative writers in America. I appreciate his insights on a number of issues. I was especially happy when he wrote about the recent race debacle at the University of Missouri (Mizzou). However, I think his correct observations about the veracity of certain alleged hate crime claims were supplemented with an incomplete analysis of their causes. I write today to offer some additional insights, if not incites.

Second, none of this is relevant to the Black Lives Matter movement. Black civil rights leaders – all the way from Farrakhan to Jackson to Sharpton - have long been openly anti-Semitic. It’s been that way ever since Martin Luther King was assassinated. In fact, Black Lives Matter should apologize for attempting to build a phony civil rights movement on the foundation of a very real Holocaust.

Given their obvious illegitimacy, what can be said about the causes of these contrived incidents? Matt Walsh believes the cause is simply immaturity. But I think immaturity is just another effect from a common cause. That common cause is better described as narcissism. It is a growing narcissism that I have been dealing with for 45 semesters as a college professor.

When I first became a professor in the early nineties, the universities had just started implementing speech codes. These codes promised students they had a right to be free from being offended. It didn’t take long for the most self-absorbed students to demand that the university make good on the promise of an offense-free environment. I’ll share just one early and salient example.

In 1993, the first time I taught Introduction to Criminology, a black student was offended by my explanation of Social Disorganization Theory, which is a theory of juvenile delinquency. She thought the theory was anti-diversity because it implied that ethnically diverse neighborhoods were less cohesive and thus more likely to experience crime. She announced in class that I had offended her and demanded I stop teaching the theory. It was a harbinger of things to come.

In more recent years, our university administration has supplemented the speech codes with campus “safe spaces.” They have also printed up “ally” stickers for faculty members to put on their doors. That way, if the KKK suddenly appears on campus attempting to lynch blacks, feminists, and homosexuals, the students have a place to run and hide.

But that hasn’t happened. Instead, leftist students have started trolling Facebook pages looking for comments they deem “offensive” or that make them feel “unsafe.” Some actually file complaints with the Dean of Students about faculty and student speech expressed on social media. In other words, students actively seek out dissenting opinions made off campus, pretend to be offended and threatened, and then use the false claims to get authorities to intervene and restore their sense of comfort and safety on campus.

Like their Marxist professors, they seek global domination. They want to turn the entire world into one giant safe space where only their ideas are disseminated. If Matt Walsh had it right and all of this was simple immaturity we could expect students to grow out of it. But none of these students ever contemplated feigning offense in order to silence dissent before going off to college. In other words, it is not something they failed to grow out of (like ending sentences with prepositions). It is something they grew into with the help of campus leftists.

The combination of this new generation’s narcissism and the old generation’s ideology is potent. The only good news is that leftist students have started going after the jobs of leftist administrators who refuse to accede to their demands.

Hopefully, some day history will be revised to say that one Marxist consumed many.