Life and How to Live it, Part XII 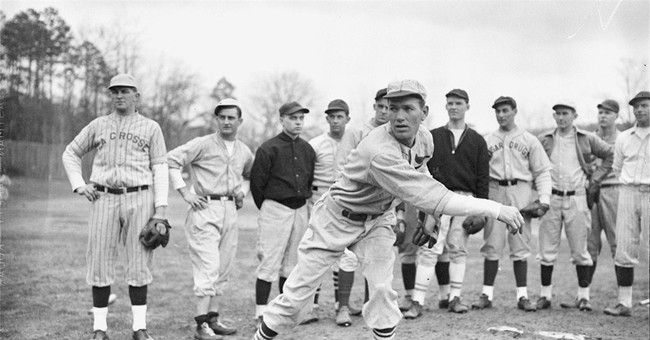 One afternoon in early August, I got off a plane in Gulfport, Mississippi with my friend J. Warner “Jim” Wallace. We were scheduled to speak at a church up in Hattiesburg with our other friend Frank Turek. We had about three hours to make the one-hour drive so we had plenty of time – even though our flight had landed thirty minutes late.

As we headed up U.S. 49 to Hattiesburg we passed a number of small towns in South Mississippi where many of my relatives were born and raised. My parents met in Gulfport back in 1952 and most of my mother’s side of the family was spread across the southern portion of Mississippi. I felt sorry for Jim because he had to listen to stories about my childhood memories of visiting many of those relatives in the Magnolia State.

As we approached the exit for Wiggins, Mississippi, I told Jim about the time in the summer of 1973 when I visited my uncle “Bud” Myers in nearby Brooklyn, Mississippi. Bud offered to introduce me to his friend Dizzy Dean who lived just a few miles south of him in Wiggins. “Come back and stay with me a little longer next summer and I’ll take you down and let you meet ole Dizz,” he promised me. I was elated at the prospect and determined to return the next summer. But unfortunately the old St. Louis Cardinals Hall of Famer died in the summer of 1974 just before I made it back to Mississippi.

I told Jim who is a retired LAPD cold case homicide detective that Dizzy Dean was buried somewhere nearby. He took out his cell phone and started to search for the location of the grave. When I asked him what he was doing he said we were going to find the gravesite. “Today, you’re finally going to get to pay a visit to ole Dizz,” Jim assured me.

After about 45 minutes of searching (only to find the wrong graveyard), we got back on the highway. As fate would have it, the next rest stop was named after Dizzy Dean. We figured someone there would know where ole Dizz was buried. Sure enough, an attendant dictated the directions while my ace detective/friend Jim wrote them down. We were off to the races again. We still had time to make it to Hattiesburg after paying our respects to an old baseball legend.

Thankfully, we found Dizzy’s grave in a little cemetery just yards off Highway 49 in Bond, Mississippi. There was a large headstone with a smaller plaque just a few feet in front of it. The plaque had a St. Louis Cardinals logo on it and it also acknowledged Dizzy’s membership in the Baseball Hall of Fame.

When I looked down I noticed a baseball sitting in between the plaque and gravestone. I saw that someone had written on it so I picked it up to see what it said. It was a short note written by a grown man thanking Dizzy for playing catch with him during the summers when he was just a boy. After staying only a few minutes we got back in the car and headed towards Hattiesburg.

When we drove off, Jim said, “Well, it looks like you finally got to meet ole Dizz.” He also reflected on how a man could rise to such greatness and be known around the world just to end up resting in such a little cemetery in the middle of nowhere in South Mississippi. Jim concluded by saying that it just shows how fleeting this life really is. I agreed wholeheartedly.

When we concluded our adventure and arrived at the church we had just enough time to grab a bite to eat before heading through the lobby into the auditorium. As I was passing through the lobby, a woman came up to me and told me she had driven several hours from somewhere in Alabama just to hear us speak. She explained that her son had just seen Frank and Jim and me speak a few weeks before at Summit Ministries in Colorado. She said the experience had a big impact on him so she wanted to hear what we had to say.

As I continued walking through the church lobby, another woman approached me and said that her son Nathan had told her to say “hello” to me. I could not remember his face but she told me I had a big impact on his life. He, too, was once a student at Summit Ministries.

As I entered the church auditorium, a man walked up to me and introduced himself as the Provost of a college in South Mississippi. He said we had corresponded several times many years before. After a few minutes, I remembered that he once tried to have me come speak at his college. He said he had been trying to fight the good fight as a conservative Christian in higher education. He thanked me for writing about that struggle for so many years.

After Frank spoke to the 650 church members who were in attendance at our Fearless Faith seminar, I had a chance to speak for an hour. When I finished speaking, a man came up to me and said he had just become the university attorney at a school not far from where we were speaking. He told me he had been reading my work on campus free speech for years. Then he told me he was actively working with the Foundation for Individual Rights in Education to eliminate the many unconstitutional policies at his university.

As I was walking out of the auditorium, I could not help but think about all the fleeting relationships I had established over the years as a speaker and a writer. I have met so many thousands of people and forgotten most of them over time. But, strangely, through the wonders of an Internet column many of these relationships were being sustained. And good things were still coming out of them.

Just as I reentered the lobby I heard someone call my name. When I turned around I saw it was one of my old college roommates I had lived with in the summer of 1988. Standing next to him was one of my old college friends who was now his wife. I had no idea they were married as I lost track of both of them over 20 years ago. He said he had been reading my column for over a decade and was enjoying my exploits. We stood there and launched into almost an hour of conversation - just sharing updates on old friends from the Sigma Chi days at Mississippi State.

That night I thought long and hard about the effect years of travel was having on my life. It had caused me to lose track of many old friends. But it also caused me to meet many new ones. In the end, I realized that it really isn’t up to me anyway. It’s just what I am called to do.

After my plane landed the next day in my summer home of Colorado I hopped in my car and drove thirty minutes from the airport in Colorado Springs to the old Summit Ministries hotel in Manitou. Later, when I sat down at dinner one of the students sat down next to me and asked permission to ask me a question. I informed him he just asked me a question and then smiled and told him to ask his second one.

The student asked me what goals I would need to accomplish before I died in order to conclude that I had lived a full life. I told him I really didn’t have any. I’ve accomplished enough in my life. Although I am healthier than I have ever been and plan to live many years I told him I could die tomorrow and be fulfilled. And I really meant it.

The student was surprised by my answer and just looked at me and asked, “So what do you plan to do for the rest of your life?” My answer was simple: “Just exactly what I am doing now.”

The writing and the speeches are great. But the hikes up the sides of mountains talking about life with students and close friends are really more than enough for me. They are about so much more than enjoying God’s creation. They are about trying to produce a ripple effect from meaningful relationships with people who care about important things.

I guess there was a time when I thought life was a struggle to make it into the Hall of Fame. Now I know that it’s more like a game of catch on a warm summer afternoon.