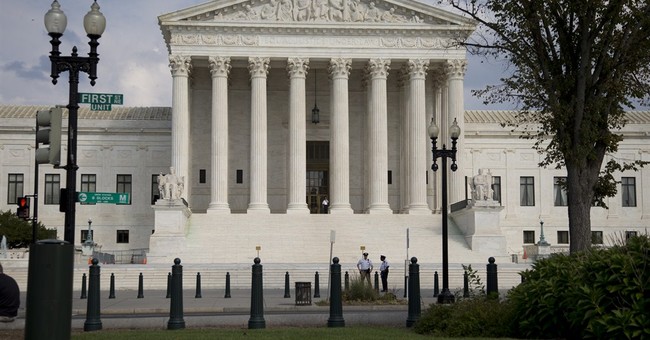 Eleven years ago, I gave a speech at Yale Law School. It was called “The Constitutional Crisis in Higher Education.” I’ve have given variations of that speech on more than 80 college campuses since then. In that time period, the crisis has become substantially more serious. Now, it is time for defenders of free speech to take more aggressive measures to curb censorship on our nation’s campuses. We cannot simply keep talking about the crisis. We need to tackle it aggressively.

One essential measure needed to tackle the crisis involves the creation of First Amendment centers at public universities all around America. Such centers would focus on eight measures, four of which are corrective, four of which are preventive:

1. Auditing student affairs divisions to ensure viewpoint neutrality. Fifteen years ago, the United States Supreme Court was asked to take up the issue of mandatory student activity fees. Scott Southworth, a student at the University of Wisconsin, did not want to pay a mandatory fee to support views he found objectionable. The Supreme Court rejected his argument that such mandatory fees were per se unconstitutional. However, the Court did say that such fees were unconstitutional if redistributed in a way that was not viewpoint neutral (See Wisconsin v. Southworth, 2000).

The problem with the Southworth decision is that university administrators routinely violate it. After my very first campus speech in 2004, I found out that UNC-Greensboro was collecting fees from my hosts, the College Republicans, and refusing to give them back to the group because they were “political.” This is precisely the kind of viewpoint restriction prohibited by Southworth.

Ten years later, at my own university, UNC-Wilmington, the Women’s Resource Center (WRC) formed an official liaison with the student NARAL group. As a part of the liaison, they co-sponsored NARAL events. But they refused to do the same for the other 11 political organizations on campus. It is illegal for resource centers to take mandatory student activity fees to run their offices and then share resources only with select groups sharing their core political beliefs.

A First Amendment Center is needed in order to audit offices like the UNC-Wilmington WRC that continue to violate Southworth. When these illegalities are found, they need to be reported to administrators who can either a) shut the offices down, or b) make necessary personnel changes to ensure viewpoint neutrality in the funding and promotion of campus speech.

2. Auditing student affairs divisions to ensure respect for freedom of association. Since the infamous CLS v. Martinez case, violations of freedom of association have become more common on college campuses. In that 5-4 decision, the Supreme Court ruled that, under certain circumstances, universities could tell religious and other belief-based groups they could not “discriminate” on the basis of belief. In other words, they could not limit their general membership, voting membership, or officer eligibility to those sharing the group’s beliefs. But there was a condition: The university could only exert that authority over belief-based groups if they did it to every group. In other words, the university could impede free association if they had an “open membership” policy requiring all student groups to be open to everyone.

In 2012, administrators at my own university misled leaders of a Christian group by a) telling them the university had an open membership policy (they did not), and by b) telling them that therefore they could not “discriminate” by making belief in orthodox Christian principles a requirement for officer eligibility. With the help of FIRE we got that decision reversed. Next, North Carolina legislators responded by passing a comprehensive religious liberty bill that forced the university administration to back out of the student group membership and internal governance issue altogether.

But there remains a legitimate concern. If university administrators will lie about their authority and misapply CLS v. Martinez, they will do the same with state religious liberty statutes. A First Amendment Center is needed in order to audit them and ensure compliance. When continued illegalities are found, necessary personnel changes can be recommended.

3. Audit student affairs divisions to ensure neutrality in student group recognition. Sometimes student affairs will try to derecognize groups because of their beliefs. But sometimes they will refuse to recognize them in the first place – often by relying on arbitrary pretexts. An extreme example occurred on my own campus in 2014. A Second Amendment Club was denied recognition for seven months due to issues with grammar and wording in their proposed constitution. One administrator continued to reject the group for reasons as insignificant as using the word “sixty” instead of the numeric “60” in their proposed constitution. To make matters worse, when the group complied the administrator would reject them again, often asking them to change their constitution back to reflect its previous wording (On second thought, maybe “sixty” is better than “60!”). Such conduct is analytically indistinguishable from the harassment of conservative groups by the IRS. It is also equally unacceptable.

Fortunately, this kind of political harassment is easily detected by examining the documented exchanges between student group leaders and student affairs administrators. All that is needed is a First Amendment Center to review alleged irregularities in the application process, assure viewpoint neutrality, and recommend the termination of those who are getting paid to harass student groups. In other words, we don’t need more administrators overseeing student groups. We need someone to oversee the administrators.

4. Audit student affairs divisions to monitor speech prosecutions. Speech codes are a disgrace to higher education. At Davidson College, asking a woman out for a date is a technical violation of the campus speech code. At Grambling State University, offending someone on the basis of hair color is a violation of the speech code. Regrettably, universities sometimes will actually enforce these codes. When the prosecuting university is a public university there is a clear violation of the First Amendment.

For example, administrators at my own university once placed a student on probation for simply referring to a university policy as “bullshit.” This was deemed a violation of the “Seahawk Respect Compact.” Another student was actually expelled for using profanity in two separate arguments with her roommates. The charge was “disorderly conduct.” But that very same semester, the administration sponsored The Vagina Monologues, a feminist play littered with university-approved profanity.

These prosecutorial irregularities can be addressed in North Carolina. We now have a right-to-counsel bill allowing students legal representation in all suspension and expulsion hearings, whether speech related or not.

But that bill is not enough. We need a First Amendment Center to monitor these prosecutions. Students need a safe space where they can turn when bullied by those who seek to paper over the constitution with the provisions of the university handbook.