The Rape of Kitty Genovese 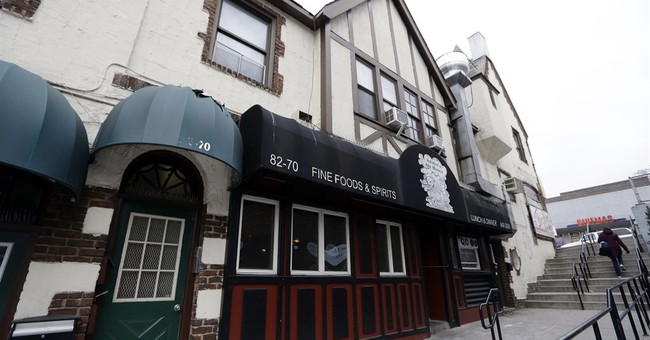 Over the course of the last half-century, the media has botched its coverage of numerous high profile crimes. Sometimes, the reporting is intentionally inaccurate because the reporter is interested in advancing a certain worldview, rather than simply reporting the news. Among the worst examples of this is the now 51-year-old story of the rape and murder of Kitty Genovese.

You’ve probably heard the story before. Genovese was returning from her job as a bartender in the middle of a March night in Queens, New York, in 1964. A man named Winston Moseley who had raped and killed other women attacked her. After neighbors heard her cries he momentarily fled. He returned and followed a badly injured Genovese to the bottom of an apartment stairwell. Once inside the enclosed area at the foot of the stairwell, he raped and killed her.

The legend of the story is that 38 neighbors heard or saw the attack and did nothing to stop it. But that simply isn’t true. In reality, a few people heard it and a couple of people saw it. The best explanation for why the crime occurred has little to do with broad societal factors such as callousness towards one’s neighbor. In fact, it has little to do with the choices made by criminals. It has more to do with the decisions made by law-abiding citizens.

In a nutshell, motivated offenders are not a danger to society until they encounter a suitable target in the absence of a capable guardian. Enter Kitty Genovese.

Kitty Genovese’s job kept her out at very late hours. After closing hours, she had to walk the relatively short distance from the bar where she served as a bartender to the apartment she shared with her girlfriend and lover. As a petite unarmed female walking the streets in the middle of the night, she was a classic example of a suitable target.

When Kitty was attacked and began to scream on that fateful night in 1964, there were numerous people who heard something happening from the apartment building across the street. But they were accustomed to hearing loud voices including altercations and domestic disturbances in the middle of the night when the bars usually let out. When neighbors went to their windows after they heard Kitty scream, they could not get a good glimpse of what was happening. When some of them turned on their lights her attacker fled the scene.

Those who caught a fleeting glimpse of something on the street were not capable guardians because they simply could not sense the urgency of the situation and the need to contact the authorities. Visibility was limited and noises were ambiguous.

When Winston Moseley caught up with Genovese inside that enclosed stairwell it was impossible for those in the apartments directly above to ignore the commotion. But the one man who opened his door and clearly saw the attack suffered from two incapacitating weaknesses: He was drunk and he was unarmed.

The Kitty Genovese case is not as complicated as some have made it out to be. It does not call for broad social initiatives geared toward making people less calloused and more loving toward their neighbors. It calls for much simpler solutions such as better street lighting and reduced restrictions on handgun possession.

If Kitty Genovese had been armed with a concealed handgun she would not have been a suitable target for rape and murder. If the one neighbor who had a very clear eyewitness account of Kitty’s rape had been sober and armed, rather than drunk and unarmed, he would have been a capable guardian.

In academia, scores of psychology professors have done a responsible job by using the Kitty Genovese case as a springboard for studying diffusion of social responsibility. In fact, the psychology journals are loaded with fascinating studies inspired by the Genovese murder and geared toward aiding our understanding of the bystander’s willingness (or lack thereof) to intervene in emergency situations.

But most criminologists have avoided the obvious issue of concealed weapons laws and their relationship to the rape and murder of young women like Genovese. In fact, when one examines the first 16 studies showing that laws allowing concealed weapons reduce violent crime, an interesting trend emerges. Twelve of those studies were published in economics journals. Only one was published in a criminology journal. None appeared in sociology journals.

Unfortunately, left-wing sociologists dominate the discipline of criminology. So, for ideological reasons, criminologists are unlikely to examine the gun issue comprehensively and objectively. Those who do find that more guns result in less crime also find that the ideologically slanted criminology and sociology journals are unlikely to publish the results. So the issue is taken up in the journals of more ideologically balanced disciplines like economics.

Morally speaking, these criminologists are the equivalent of the drunk “neighbor” at the top of the stairwell. They are detached observers who refuse to respond when women are raped and killed. They simply choose not to intervene.

But facts are stubborn things. The public is now figuring out that the best way to prevent a crime is to carry a firearm. In other words, don’t expect your neighbor to help you. But if he is so inclined, pray that your government will keep its laws off his sidearm.