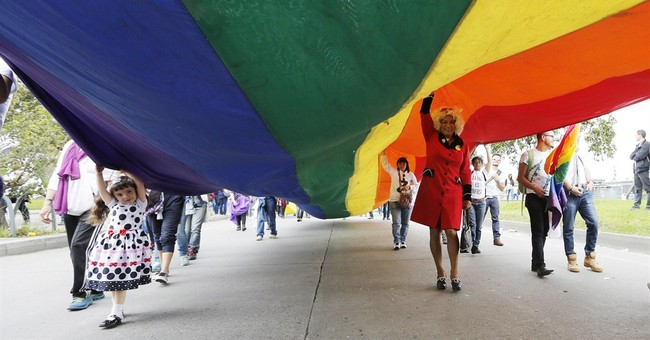 Author’s Note: This is a continuation of my previous column “Caged Animals,” which highlighted a systematic assault on the free speech rights of pro-lifers at UNC-Wilmington. If you are a conservative, please finish your coffee before reading this. If you are a liberal, please take your blood pressure medicine.

I would like to apologize for the recent controversy I caused by asking that the university fire an activist/administrator who recently attempted to violate the free speech rights of pro-life students attending our university. It seems that my calls for her termination have caused her supporters to gather and talk about the prospect of suing the university should she be fired. I write with a couple of options that could save the university from potential embarrassment, legal and otherwise.

After lesbian activist Amy Schlag is fired from her position as director of the LGBTQIA Office she will likely find an attorney and sue. There is little doubt that the suit will claim she was fired on the basis of her sexual orientation. Therefore, it would seem logical for the university to head off the suit by immediately hiring another lesbian. The problem is that our university doesn’t have enough money for an external search. So we’ll have to hire one of our own lesbian activists.

Unfortunately, virtually all of the other lesbian activists on our campus are as close-minded and intolerant as Amy Schlag. So we could be replacing one legal liability with another. Clearly, we must find a replacement with the kind of respect for the First Amendment that would spare us from future legal problems. But he, she, or undecided must also be a member of an oppressed sexual minority group – otherwise Schlag will claim that the university favors ordinary, non-oppressed people. This is where I come in.

Years ago, I admitted publically that I had been struggling with a unique disorder that has yet to be recognized by the American Psychiatric Association, or APA. My disorder centers on the fact that I have a natural, inborn desire to be a lesbian but I am unable to fulfill it because I am trapped inside a man’s body. Believe me, I didn’t choose to be this way. It just comes natural!

Also, for many years I have been arguing that the LGBTQIA Office is discriminatory because there are so many letters in the alphabet that it doesn’t recognize. Adding my lesbian in a man’s body orientation, hereafter LIMBO, to the alphabet soup of victimhood would allow us to expand and rename the LGBTQIA Office. In fact, its new name could be the GTQA-LIMBO Office. The genius is that recognizing my LIMBO could actually get UNCW out of legal limbo. Let me explain.

When I am appointed director of the new and improved GTQA-LIMBO Office, I will change its programmatic focus from advocating for homosexuality and abortion to teaching principles of free speech. Under my leadership, the office would actually hold seminars for professors and administrators. Those seminars would teach the constitutional principles these academics should have learned in high school civics class around the age of seventeen. Some examples follow:

-Why it isn’t a good idea to use university resources (read: tax dollars) to print brochures recommending “gay-friendly” churches to incoming faculty and staff members.

-Why it isn’t a good idea to use university offices and email to organize political rallies to defeat Amendment One and fight for same-sex marriage.

-Why it isn’t a good idea to spend most of your office budget supporting political causes unrelated to the stated mission of the office.

-Why you should do your homework beforehand and find out whether Mike Adams helped organize the free speech activity you conspire to shut down.

I know many people will say that a series of free speech seminars would be inappropriate because the LGBTQIA Office was originally meant to promote tolerance of sexual minorities. But that argument is flawed for two distinct reasons.

First of all, the LGBTQIA Office has not remained consistent with its stated mission. It has long been obsessed with preserving abortion rights for those who have the kind of sex that doesn’t lead to pregnancy.

Second of all, my seminars are not going to last forever. After a year of straightening these people out, I’ll ask for a 100% budget decrease and shut the office down. If that doesn’t work, maybe we can form a human shield of angry taxpayers.

As a taxpaying citizen, I vote for the latter.