Into the Lion’s Den 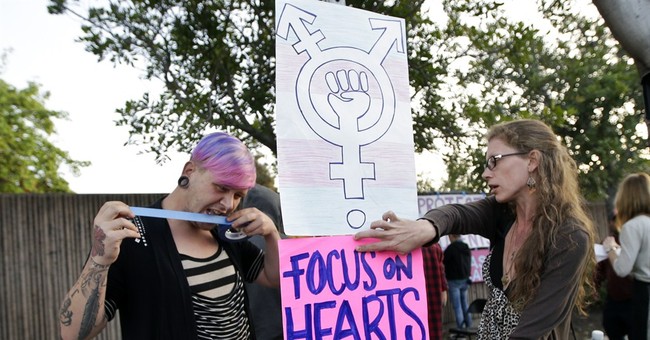 You will never hear me claim to be normal in any sense of the word. My life is one high-risk adventure after another. That is because I believe taking risks is necessary given that so many otherwise decent people are committed to living lives of comfort rather than taking a stand for things that matter. That is why I tell young people they must occasionally charge down the mountainside with the hope that other people will follow. Otherwise, this promised land of ours will never be reclaimed. In fact, it will soon be unrecognizable. (See Numbers 13 and 14 for more on that esoteric Biblical reference).

My most recent high-risk decision was to accept an invitation by Ratio Christi to speak on the topic of abortion at the most hostile university in America (for me at least): The University of North Carolina at Wilmington.

Nationwide, Ratio Christi is doing the difficult work that nominally Christian groups like Campus Crusade are afraid to do. The Ratio Christi chapter here at UNCW is even bolder than they are on most campuses. In fact, they have planned several big pro-life events on campus this year.

The first Ratio Christi pro-life event was held in November. Groups like the Women’s Center, the LGBTQIA Office, and Campus Crusade boycotted. But the folks at Ratio Christi were undeterred. Next, they made the bold move of asking me to give a speech on abortion. Then they made the even bolder move of asking the UNCW Student Government Association (SGA) to sponsor it.

The tenured left will be even angrier to learn that I have offered to give the honorarium to a local pastor in exchange for starting a Crisis Pregnancy fund at his church, which is the largest congregation in Wilmington. A good friend has outdone me by offering the same pastor an additional $5000 to start the pregnancy fund. I hope to write a future column praising him for accepting the offer. If he doesn’t, I’ll just make fun of him for having a mullet in the 80s.

The additional luxury of getting SGA funding for my speech is that an email announcement of the event will be sent to every student and professor here at UNCW. That is when heads will really explode. Hopefully, when they settle down, they will show up to ask me difficult questions during the Q&A session. The speech is also open to the general public.

Shortly after getting the good news about the funding for the event, even more good news came from Oregon State University. There, a bold student group got more than just funding for me to speak on abortion. They got matching funds for me to invite someone to debate this controversial topic.

My first invitation was extended to Malcolm Potts, Professor in the School of Public Health at the University of California – Berkeley. Dr. Potts was responsible for liberalizing the abortion laws of England in the 1960s and has actually performed abortions. Regrettably, his schedule did not allow him to accept the invitation.

Next, I extended an invitation to Nadine Strossen, a very distinguished and eloquent New York University Law Professor. Professor Strossen was the first female (and youngest ever) president of the American Civil Liberties Union. She held that position for eighteen years. I am proud to say that she has accepted the invitation. We will debate the abortion issue on May 13th at Oregon State. I’ll have more details as the time approaches.

In the meantime, I wish to say thanks to the brave students who have made the unpopular decision to bring me to their campus to discuss controversial issues like campus censorship and elective abortion. Students like John Duggar who recently brought me in to speak at the University of Nebraska School of Law deserve praise for going against the grain and promoting true ideological diversity.

Of course, at some point conservative faculty members are going to have to stand up and match the courage of these truly revolutionary students. The truth is this, closeted conservatives: You’re missing all the fun. And you’ve forgotten the old maxim about finding strength in numbers.

For some conservative professors, it might be time to re-read the Book of Numbers.