The Ring Makes All the Difference 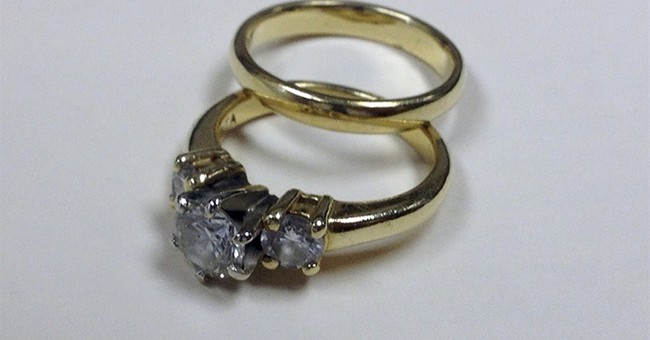 Nearly five years ago I got rid of cable television so I could get into a regular routine of reading one book per week. Because I read so much, I occasionally get into a rut and have to ask friends if they have read anything interesting lately. Last summer, a friend who we’ll call Larissa (because that’s her real name) recommended a particularly good book by Glenn Stanton. As you might assume by the title, The Ring Makes All the Difference is an overview of the deleterious effects of cohabitation.

Much of what Stanton reports in his short yet comprehensive book makes intuitive sense. But there are a number of ill effects of cohabitation that are, if not counterintuitive, at least somewhat unexpected. For example:

- Studies in both the U.S. and Canada show that women in cohabiting relationships are about nine times more likely to be killed by their live-in partners than women who are married to their partners.

- Married people typically earn more and save more than their unmarried counterparts – whether cohabiting or single.

- A married man will spend about eight more hours a week doing household chores than his shacking-up peer.

- The numbers vary from 50 to 80% but it is clear that cohabitation before marriage significantly increases the chances that the marriage will end in failure. Marriages not preceded by cohabitation have a risk of divorce well below the average, which is around 40%.

This is all very important information because much of what women learn about cohabitation and marriage is patently false. If they have undertaken any formal study of marriage versus cohabitation it has probably happened in college – in a freshman Introduction to Sociology class or a sophomore Marriage and Family class.

Because these classes are taught in a sociology department, the professors who teach them are almost always radical feminists. Their only interest in the institutions of marriage and family is that they want to destroy them. And they don’t seem to mind destroying young lives as a means of advancing their agenda.

Thankfully, one of my recent graduating seniors made it through four years of college without being brainwashed into thinking that marriage is bad for women and that cohabitation is better. So when her younger sister decided to move in with her boyfriend she tried to talk her out of it.

This short column should serve as a reminder that we all need to keep up on our reading. Because the formal education establishment has become so corrupt we must constantly seek out the rest of the story that we simply don’t get from unprincipled feminists in hire education. (For my not-so-Swift readers that ms-spelling was intentional).

It should also serve as a reminder that we must be prepared to offer evidence to back up our beliefs. God is the author of the rules of the game of life. He is also the creator of science. When properly applied, His methods always reveal the truth.

Postscript: Congratulations to Larissa Hall and Eric Melling who just happen to be getting married the weekend I am penning this column. I am looking forward to Larissa’s name change. Rooster Melling has a nice ring to it. And the ring does make all the difference.