Michelle Malkin
|
Posted: Oct 03, 2018 12:01 AM
Share   Tweet
The opinions expressed by columnists are their own and do not necessarily represent the views of Townhall.com. 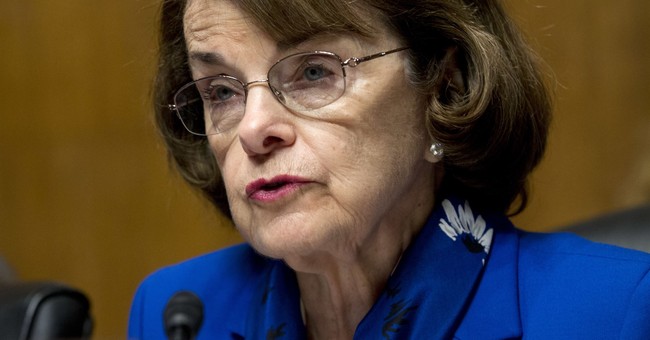 How did we get here? The Kavanaugh Supreme Court nomination circus didn't happen by accident. The emergence of incredible -- and by "incredible," I mean the literal Merriam-Webster definition of "too extraordinary and improbable to be believed" -- accusers in the 11th hour was no mistake.

It is my contention that this grand unearth-and-destroy spectacle was planned, coordinated and facilitated by Senate Judiciary Committee Democrats and their staffers.

After the FBI finishes its Freshmen Booze Investigations, Federal Barfight Interrogations and Fraternity Barfing Incidents probe of every last Yale and Holton Arms acquaintance and publicity hound ever photographed with Judge Brett Kavanaugh, every cog in the Resistance Wrecking Machine must be investigated:

Protest Orchestration. The hearings were doomed from the very start, when 70 screaming demonstrators (including Women's March holy warrior Linda Sarsour and actress Piper Perabo) systematically infiltrated the Hart Senate Office Building and disrupted the proceedings in Hour One of Day One. Day Two saw another 72 social justice mobsters arrested, with more than 200 total taken into custody by Capitol Police by the end of Day Three.

Taxpayers have a right to know who sponsored the deliberate sabotage and abuse of the gallery pass privilege, which has been in place since 1890. As the U.S. Senate website notes, "A code of conduct for visitors to the galleries is set by the Senate Committee on Rules and Administration and is enforced by the doorkeepers ... each gallery pass requires the 'signature' of a senator or officer of the Senate." We've seen this partisan-organized circus mayhem before.

During the Bush years, Democratic Reps. Lynn Woolsey and Major Owens showered Code Pink radicals with free passes to disrupt speeches and hearings. Last year, Sen. Chuck Schumer handed out passes to protesters for the Obamacare repeal vote. Sen. Dianne Feinstein acknowledged that she invited gun control activist and Parkland father Fred Guttenberg to the manufactured Kavanaugh chaos, where he pulled an awful fake news stunt during a break in the hearings -- a stunt that no major media bothered to verify.

Who else did Feinstein enable? Which other senators joined the plot? Those who deliberately aid and abet the hijacking of congressional proceedings should be named and shamed. Their ability to sign for passes should be curtailed. When they go low, the taxpaying public has a right to know.

Leaky Sneaks. Denial ain't just a river in Egypt. It's what fills the Beltway swamp. Feinstein adamantly insists that she "did not leak the contents" or existence of Kavanaugh accuser Christine Blasey Ford's letter, which detailed an alleged sexual assault with more conjecture than actual details. Ford denied during panel questioning that she had leaked the letter. And the left-wing Intercept website, which ran the first report publicizing the letter's existence, also denies that Feinstein's office leaked it.

But it was Feinstein's office that sat on the letter for months until it would do the most damage. And it was Feinstein's office that recommended veteran liberal lawyer and proud resistance activist Debra Katz to Ford. Various media outlets that picked up the story point to other Democratic offices as possible sources for the privacy breach, since the letter purportedly went through California Democratic Rep. Anna Eshoo's office first before landing on Feinstein's desk and eventually arriving into the hands of Washington Post reporter Emma Brown.

I don't buy it. Feinstein's in control; her senior staffers, not Eshoo's, are the ones fielding complaints, auditioning potential victims and feeding the media. When a Beltway swamp creature declaims that "survivors have a right to decide how their stories are made public," that's not a deflection of responsibility. That's an inadvertent boast of the senator's ability to pick and choose which reporters to enlist in their smear campaign.

Accuser Procurement. There's something fishy about the highly managed appearance of accuser Deborah Ramirez onto the Kavanaugh circus scene. Like Ford, Ramirez was assisted by a home state elected official -- Colorado Democratic Sen. Michael Bennett. But he got involved only after unnamed "Judiciary staff" reached out to him for help, according to the political operatives masquerading as journalists at the never-Trump New Yorker magazine.

"Judiciary staff reached out to our office and asked for a connection to someone who might be helpful should Deborah Ramirez decide to come forward with an allegation related to that made by Dr. Ford. We reached out to (liberal former Boulder County DA) Stan Garnett, who then met with Ramirez to work through how to analyze and present her allegations," Bennet Press Secretary Laurie Cipriano wrote in a statement.

A fish rots from the head down. And at the head of the Senate Democrats' Resistance Wrecking Machine is power-mad Beltway barnacle Sen. Dianne Feinstein. If the Senate Republicans can't man up and take back control of the judicial nominations process from the saboteurs seated next to them, they deserve to lose their majority.