Measuring Life By the Spoonful

Michelle Malkin
|
Posted: Jun 08, 2016 12:01 AM
Share   Tweet
The opinions expressed by columnists are their own and do not necessarily represent the views of Townhall.com. 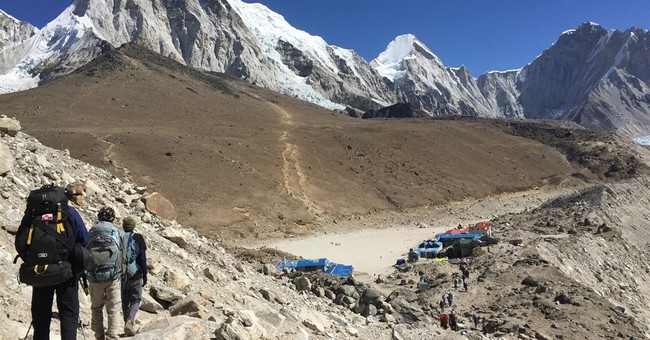 Trending
"How is your daughter doing?" is one of the most complicated questions I've had to answer.

As Veronica marks her 16th birthday this month, we are sharing an update in hopes of de-stigmatizing and demystifying life with chronic pain, fatigue and other undiagnosed chronic illnesses.

It's been a year since Veronica lay bedridden, unable to breathe normally, felled by a mysterious combination of neurological and physiological complications that dozens of doctors couldn't quite pinpoint. We thought we had a definitive answer when she was diagnosed with Tourette syndrome last July. But it turned out to be the tip of a medical iceberg.

Though her alarming bout with "air hunger" dissipated and she willed herself back to school part time, she could still barely make it through each day. Despite normal blood tests, her exhaustion, brain fog, migraines and weight loss made it nearly impossible to function.

If you have suffered from chronic illness, you know well the social ostracism that comes with it. "It's all in your head," "Stop being so dramatic," and "You don't look sick" are among the most common responses from armchair doctors.

For teens, the social isolation is wrenching. Veronica lost almost all of her "friends" last summer -- too shallow or self-absorbed to care or comprehend her condition. Depression set in. Despite all our efforts, we were losing her to an abyss of hopelessness.

Then came the Mayo Clinic. The renowned Rochester, Minnesota, medical practice runs a Pediatric Pain Rehabilitation Center for adolescents and young adults with a range of chronic illnesses. The three-week program is basically a boot camp to equip young patients and their families with management skills to get their lives back through intensive cognitive behavioral therapy, physical therapy, occupational therapy and recreational therapy.

We learned at PPRC that Veronica's basket of seemingly random comorbidities is common among those diagnosed with dysautonomia, postural orthostatic tachycardia syndrome, hypermobility and pain amplification syndrome. Both her brain and her body are wired differently; the triggers are unpredictable. We learned that the "what" of Veronica's symptoms did not matter as much as the "how" to help her cope day to day.

There are no magic pills. It's a tough-love crash course in hard work, personal responsibility and mind over matter. I am not exaggerating when I tell you that some PPRC patients enter the program in wheelchairs or on crutches -- and leave on their own two feet with the ability to walk or even run after months or years of inactivity. The goal is not to eliminate pain or cure sickness, but to restore functionality.

For Veronica, exposure to and bonding with other teens saddled with similar conditions -- and in some cases, much worse -- was life-changing. It's one thing to be told by a specialist that "you are not alone." It's quite another to join an instant family of young survivors riding the chronic illness roller coaster together.

Since completing PPRC last fall, Veronica has had more good days than bad. She didn't let her migraines, second shoulder surgery for subluxation, severe joint pain or a monstrous bout of OCD stop her from finishing her sophomore year of high school. She has remained close to several of her fellow PPRC grads across the country and made new friends at home.

She received a lot of help along the way. A caring counselor helped her become an athletic trainer at her school -- an activity that enabled her to rebuild her social life. Mental health professionals successfully treated her OCD and depression using a combination of medication and exposure therapy -- an agonizing but highly effective treatment that required her to confront her fears. Gifted physical therapists continue to treat her joint pain and train her to manage it.

One of the most intriguing aspects of PPRC is the mandate to stop dwelling on one's symptoms. Talking and thinking about pain or fatigue all the time reinforces the neural pathways for pain and fatigue. Instead, we focus on the small triumphs of each day. We measure life, to borrow chronic illness blogger Christine Miserandino's famous analogy, by the spoonful: getting up on time, being able to walk on the treadmill for 10 minutes, completing simple chores, eating well, having a good laugh, breathing free and easy.

So, how's Veronica doing? The short answer is that she's doing -- and that's a gift we never take for granted. Happy birthday, my sweet 16 badass. Per aspera ad astra.