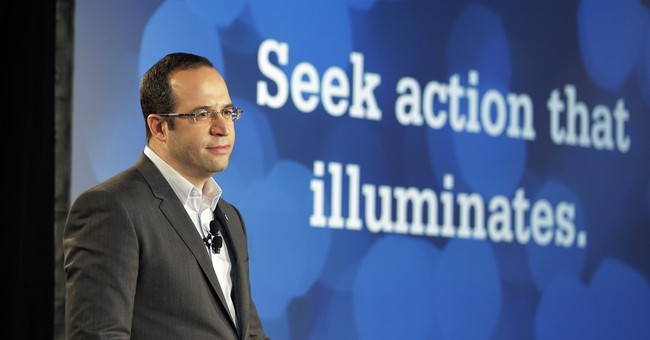 A stellar group of American historians and academics released a milestone open letter yesterday in protest of deleterious changes to the advanced placement U.S. history (APUSH) exam. The signatories are bold intellectual bulwarks against increasing progressive attacks in the classroom on America's unique ideals and institutions.

Moms and dads in my adopted home state of Colorado have been mocked and demonized for helping to lead the fight against the anti-American changes to APUSH. But if there's any hope at all in salvaging local control over our kids' curriculum, it lies in the willingness of a broad coalition of educators and parents to join in the front lines for battles exactly like this one.

As the 55 distinguished members of the National Association of Scholars explained this week, the teaching of American history faces "a grave new risk." So-called "reforms" by the College Board, which holds a virtual monopoly on A.P. testing across the country, "abandon a rigorous insistence on content" in favor of downplaying "American citizenship and American world leadership in favor of a more global and transnational perspective."

The top-down APUSH framework eschews vivid, content-rich history lessons on the Constitution for "such abstractions as 'identity,' 'peopling,' 'work, exchange and technology,' and 'human geography' while downplaying essential subjects, such as the sources, meaning and development of America's ideals and political institutions." The scholars, who hail from institutions ranging from Notre Dame and Stanford to the University of Virginia, Baylor, CUNY, Georgetown and Ohio State, decried the aggressive centralization of power over how teachers will be able to teach the story of America.

This is not a bug. It's a feature, as I've been reporting for years on Fed Ed matters. These so-called APUSH reforms by the College Board, after all, are part and parcel of a radical upheaval in testing, textbooks and educational technology. It is no coincidence that the College Board's president, David Coleman, supervised the Beltway operation that drafted, disseminated and profits from the federal Common Core standards racket.

The social justice warriors of government education have long sought, as the NAS signatories correctly diagnosed it, "to de-center American history and subordinate it to a global and heavily social-scientific perspective." Their mission is not to impart knowledge, but to instigate racial, social and class divisions. Their mission is not to assimilate new generations of students into the American way of life, but to turn them against capitalism, individualism and American exceptionalism in favor of left-wing activism and poisonous identity politics.

The late far-left historian Howard Zinn has indoctrinated generations of teachers and students who see education as a militant political "counterforce" (an echo of fellow radical academic, domestic terrorist and Hugo Chavez-admirer Bill Ayers' proclamation of education as the "motor-force of revolution.") Teachers aim to "empower" student collectivism by emphasizing "the role of working people, women, people of color and organized social movements." School officials are not facilitators of intellectual inquiry, but leaders of "social struggle."

The APUSH critics make clear in their protest letter that they champion a "warts and all" pedagogical approach to their U.S. history lessons. But they point out that "elections, wars, diplomacy, inventions, discoveries -- all these formerly central subjects tend to dissolve into the vagaries of identity-group conflict" as a result of the APUSH overhaul.

"Gone is the idea that history should provide a fund of compelling stories about exemplary people and events," the scholars point out. "No longer will students hear about America as a dynamic and exemplary nation, flawed in many respects, but whose citizens have striven through the years toward the more perfect realization of its professed ideals."

This is precisely why I dedicated the past two years to writing my latest book, "Who Built That: Awe-Inspiring Stories of American Tinkerpreneurs." When it comes to understanding the foundations of our free-market economy, the Founding Fathers' embrace of private profit as a public good, and the boundless entrepreneurial success stories of individual American achievement, our children's diet is woefully unbalanced.