The "NAACP Bombing" ... or The Barbershop Bang? 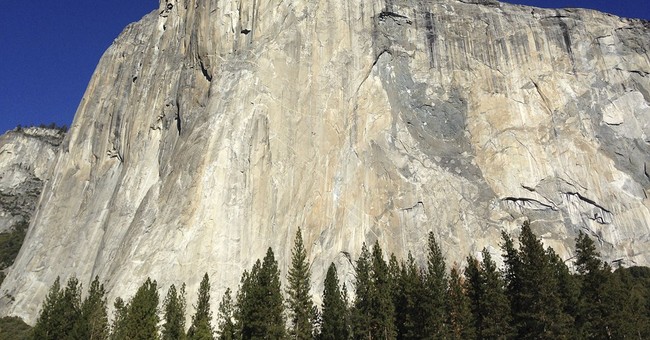 COLORADO SPRINGS -- From the liberal media's coverage of my beautiful adopted hometown, you'd think we live in a KKK-infested hotbed where every person of color fears for his or her life.

Take a look at these ominous headlines:

Let me and my brown skin assure you, America: Bull Connor is not running loose on our streets. Water fountains here in the Rocky Mountain West are segregated by height, not race. The only bonfires I know of are being set outside by local residents roasting s'mores.

Never one to let reality intrude on a ripe race hustle, Texas Democratic Rep. Sheila Jackson Lee claimed last week that the so-called NAACP bombing "undermines years of progress" and now "demands federal review" of the case. Georgia Democratic Rep. John Lewis, who clearly missed the thousands of local, state, national and international newspaper, magazine, web and cable news stories on the incident, lamented: "It reminds me of another period. These stories cannot be swept under the rug." Professional agitator and social justice detective Shaun King, based in Ferguson, Mo., accused a phantom "domestic terrorist" of perpetrating the alleged crime. CNN immediately blared an apocalyptic headline about my town that invoked "domestic terrorism" (this from the feckless news channel that pixelates Mohammed cartoons and whitewashes proven jihadi terrorism). And the national president of the NAACP is now headed out here for a visit this weekend.

But the so-called "NAACP bombing" ... isn't. There is simply no evidence yet to label it as such. The FBI reported in a press conference: "We don't know who was targeted." One top local law enforcement source told me this week that, in his years of experience, "this in no way looks like anything that can be called 'targeted.'" The case could just as fairly be called "The Barbershop Bang" as "The NAACP Bombing."

The most incendiary act I've witnessed so far came from inflammatory MSNBC anchor Chris Hayes, who "reported" on the "extensive damage" of the "bombing" by fraudulently passing off a photo of a bombed-out kebab shop in France as a photo of the "NAACP bombing."

While racial opportunists rush to invoke Jim Crow and incite panic for political gain, doubts and unanswered questions about the incident are piling up.

To recap: On the morning of Jan. 6, a crude device -- reportedly a flare placed inside a pipe, which was enclosed in a gas can -- caused minor damage and charring on the outer wall of Mr. G's Hair Design Studio. The NAACP office is located on the opposite side of the building.

Internet sleuth Jonathan Langdale, a former U.S. Air Force image analyst, and former NYPD officer and online security expert John Cardillo noted that Google Earth images of the building taken last fall showed dark marks in the exact same spot. "A preliminary analysis of the Google Earth image side by side with the alleged damage seems to reveal similar scorching on the same area of the building months before the alleged hate crime," Cardillo reported.

"There was as much opportunity to hit the NAACP side of the building, but only (the) barber shop side was affected," he pointed out. Cardillo's Colorado law enforcement sources told him that "the Feds are in a bind because there isn't much pointing to a verifiable hate crime," but "politics" is the "driving force."

President Obama's FBI has disseminated a sketch of a "person of interest" described as "white," "balding" and "in his 40s." But sunglasses obscure his eyes. Even more unfortunate: His facial features appear as though he could just as easily be a light-skinned Asian, Hispanic or Pacific Islander -- or, as many acerbic critics of the poorly drawn sketch observed, a chubby gray alien from outer space.

I asked local law enforcement sources to tell me more about the witness or witnesses who identified the Bald Specter. But all questions are being referred to the FBI, which did not return my call by deadline.

There is also a futile-seeming hunt for a white pickup truck allegedly driven by the Bald Specter. But I've driven through the neighborhood where the barbershop and NAACP office are located. Every other vehicle in the area is a pickup. And as blogger and citizen journalist Bill O'Keefe observed, another Google street view image of the premises taken last fall shows a white pickup matching the FBI description sitting in the parking lot on the NAACP side of the building.

One key witness who spoke to a local news station described the white pickup as a "new truck." The FBI description says it was a "dirty" "older model." Which is it? I'm reminded of the Keystone Kops witch-hunt for the nonexistent crazed white militants in a nonexistent white box truck during the Beltway sniper attacks in 2002.

These are all things that make you go "hmmm," not things that justify knee-jerk and unsubstantiated cries of "RAAAACISM!" Something certainly happened at 603 South El Paso Street in Colorado Springs on the first Monday after New Year's. But what exactly occurred and why are as wide open as the Colorado sky.