My Family's Misadventures with Obamacare, Continued 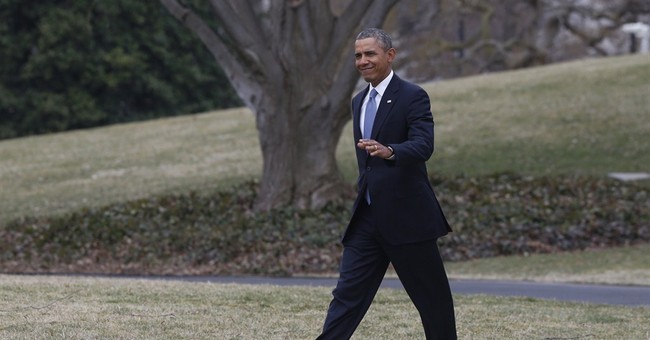 Back in September, our family received an Obamacare-induced health insurance death notice. We joined millions of other Americans whose individual market health plans died after Democrats lied about our ability to keep the plans and doctors we liked. President Obama tried to "fix" the mess he created. But as usual, the federal government's solutions have made things even worse.

Confusion and chaos reign not just in our household, but across the country.

As I reported last fall, our letter from Anthem BlueCross BlueShield of Colorado informed us that we could no longer keep our high-deductible PPO plan with a wide doctor network because of "changes from health care reform (also called the Affordable Care Act or ACA)." The Obamacare engineers determined that the affordable plan we liked was "substandard," forcing us to enter the Obamacare health insurance exchange, purchase a severely limited HMO plan or seek some other alternative in the shrinking private marketplace.

We reluctantly took steps to sign up with the exchange, spending hours on Colorado's busted website, hours on the phone with shady reps and weeks waiting for some proof that we were in fact "enrolled."

Then, a few months later, we received another letter from Anthem informing us that we could keep our current plan until November 2014. We signed a form stating that we wanted to do so and took steps to cancel our pending Obamacare enrollment. Next, we got another letter stating that our current Anthem plan would be canceled on May 1, 2014.

Then, last week, Obama announced by administrative fiat that we could keep our plan for another two years.

Simple question: Will our plan be canceled on May 1, or will we have it for another two years? Or what?

We called the number on our Anthem health insurance card last week. Nobody picked up the phone after waiting on hold for nearly an hour.

Second try: Twenty minutes on hold. Then, we were transferred to another number. Another 20-minute wait. Finally, a human being came on the line. After explaining our situation and posing our simple question, the rep put us on hold again. The eventual answer: He didn't know.

After taking special note of our lengthy correspondence file, the rep then proceeded to give us the same number we had initially contacted in the first place. In response to our question about the contradictory information from his company and from the government, he informed us that Anthem has received "millions of calls" that it couldn't process and apologized. He repeated the old phone number for us to call so we could fatten our lengthy correspondence file even more. And then: Click.

The left will blame the insurance companies, as always. But at the center of the current mess are Obama's desperate and now almost weekly Democratic face-saving decrees to "fix" a fundamentally broken government racket. Half of the nation's state insurance commissioners rejected the original "fix" for noncompliant plans last fall. Several still haven't made decisions on that first "fix," let alone the new ones for 2015 or 2016. Nobody can count on any state that went along with the original "fix" to sign on to the subsequent ones. And only a few have weighed in on the very latest one.

A former Obamacare policy adviser sheepishly concluded to The Washington Post this week: "I broadly view the administrative delays as a pragmatic realization that it is actually harder to do some of these things in reality than we thought when we put it down on paper."

No kidding, genius. Thanks for nothing, Obamacare!