How Obama Is Locking Up Our Land

Michelle Malkin  |  Aug 13, 2010
The opinions expressed by columnists are their own and do not necessarily represent the views of Townhall.com.
Top Columns
Trending on Townhall Media 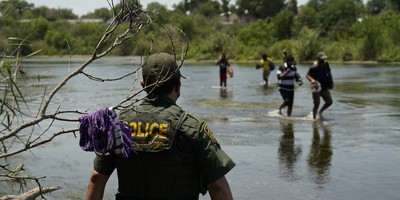 Have you heard of the "Great Outdoors Initiative"? Chances are, you haven't. But across the country, White House officials have been meeting quietly with environmental groups to map out government plans for acquiring untold millions of acres of both public and private land. It's another stealthy power grab through executive order that promises to radically transform the American way of life.

In April, President Obama issued a memorandum outlining his "21st century strategy for America's great outdoors." It was addressed to the Interior Secretary, the Agriculture Secretary, the head of the Environmental Protection Agency and the chair of the Council on Environmental Quality. The memo calls on the officials to conduct "listening and learning sessions" with the public to "identify the places that mean the most to Americans, and leverage the support of the Federal Government" to "protect" outdoor spaces. Eighteen of 25 planned sessions have already been held. But there's much more to the agenda than simply "reconnecting Americans to nature."

The federal government, as the memo boasted, is the nation's "largest land manager." It already owns roughly one of every three acres in the United States. This is apparently not enough. At a "listening session" in New Hampshire last week, government bureaucrats trained their sights on millions of private forest land throughout the New England region. Agriculture Secretary Tom Vilsack crusaded for "the need for additional attention to the Land and Water Conservation Fund -- and the need to promptly support full funding of that fund."

Property owners have every reason to be worried. The Land and Water Conservation Fund (LWCF) is a pet project of green radicals, who want the decades-old government slush fund for buying up private lands to be freed from congressional appropriations oversight. It's paid for primarily with receipts from the government's offshore oil and gas leases. Both Senate and House Democrats have included $900 million in full LWCF funding, not subject to congressional approval, in their energy/BP oil spill legislative packages. The Democrats have also included a provision in these packages that would require the federal government to take over energy permitting in state waters, which provoked an outcry from Texas state officials, who sent a letter of protest to Capitol Hill last month:

"In light of federal failures, it is incomprehensible that the United States Congress is entertaining proposals that expand federal authority over oil and gas drilling in state water and lands long regulated by states... Given the track record, putting the federal government in charge of energy production on state land and waters not only breaks years of successful precedent and threatens the 10th Amendment to the United Sates Constitution, but it also undermines common sense and threatens the environmental and economy security of our state's citizens."

This power grab, masquerading as a feel-good, all-American recreation program, comes on top of a separate, property-usurping initiative exposed by GOP Rep. Robert Bishop and Sen. Jim DeMint earlier this spring. According to an internal, 21-page Obama administration memo, 17 energy-rich areas in 11 states have been targeted as potential federal "monuments." The lives of coyotes, deer and prairie dogs would be elevated above states' needs to generate jobs, tourism business and energy solutions.

Take my home state of Colorado. The Obama administration is considering locking up some 380,000 acres of Bureau of Land Management land and private land in Colorado under the 1906 Antiquities Act. The Vermillion Basin and the Alpine Triangle would be shut off to mining, hunting, grazing, oil and gas development and recreational activities. Alan Foutz, president of the Colorado Farm Bureau, blasted the administration's meddling: "Deer and elk populations are thriving, and we in Colorado don't need help from the federal government in order to manage them effectively."

Indeed, the feds have enough trouble as it is managing the vast amount of land they already control. As the Washington, D.C.-based Americans for Limited Government group, which defends private property rights, points out: "The (National Park Service) claims it would need about $9.5 billion just to clear its backlog of the necessary improvements and repairs. At a time when our existing national parks are suffering, it doesn't make sense for the federal government to grab new lands."

The bureaucrats behind Obama's "Great Outdoors Initiative" plan on wrapping up their public comment solicitation by November 15. The initiative's taxpayer-funded website has been dominated by left-wing environmental activists proposing human population reduction, private property confiscation, and gun bans, hunting bans and vehicle bans in national parks. It's time for private property owners to send their own loud, clear message to the land-hungry feds: Take a hike.