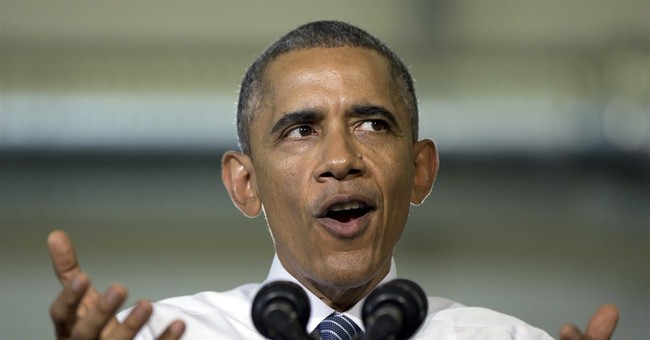 It takes a very specialized economic ignorance in order to come up with some of the policy prescriptions proposed by the folks at 1600 Pennsylvania Avenue. In what I can only assume is a plan to continue his pattern of proposing budgets that get soundly rejected by Congress, Barack Obama is proposing a slew of new business taxes to fund (a portion) of his $4 trillion budget.

Concerned over the rate at which businesses have been fleeing high US corporate tax rates, Obama has proposed a plan: Tax companies a little more. (Only a Democrat would think we could solve the negative impact of high taxes by further hiking tax rates.) Proposed as a way to partially fund his $478 billion public-works plan, Obama is poised to ask Congress for a 14 percent tax on all past foreign profits from US companies. Future foreign profits would then be taxed at 19 percent; regardless of whether or not they ever intend on repatriating the money back to America.

After all: Those evil capitalists probably had it coming.

Ostensibly, this money is desperately needed in order to help America rebuild her crumbling infrastructure… Which kinda begs the question: What the heck have we been spending all our money on recently? After all, it’s not like we have a shortage of tax revenue. The US government took in more money than it ever has in its history, and it’s still not enough for Obama & Company. It almost looks like DC might have a spending problem; but, hey… I’m a private sector guy. I actually have to pay attention to that “revenue vs expenditures” ratio. (I even have an Excel spread sheet. I’ll forward Obama a copy.)

For some reason, taxing the money that US companies make overseas has been a long-lost cause for the Left. It is almost as if they sit around at night thinking to themselves “what don’t we tax yet?” When a US company makes a buck in a foreign country, and brings that dollar back home (to pay employees, expand their business, create jobs, and generally contribute to the nation’s overall prosperity), Uncle Sam currently levies the industrialized world’s highest tax rate on them. Unsurprisingly, businesses therefore decide to keep some of their hard-earned money from coming back home.

And Obama, in all of his central-planning brilliance, is planning on raising their taxes… This is what passes as “tax reform” with our current administration? Oh, sure: We already have 75,000 pages of Federal tax code; but let’s “reform” that by adding another layer of complexity! And, while we’re at it, let’s go ahead and make it even less attractive for international businesses to set up shop stateside.

Rather than tackling the complex and burdensome taxes that plague international businesses who headquarter in America, Obama is interested in making their life a little harder via the IRS. Regardless of his State of the Union babbling, he’s not making corporate taxes simpler, fairer, or more inviting. In fact, he’s making it more complex, more arbitrary, and far less hospitable. And for what? So the government can (maybe) collect a few billion more dollars (because a $3 trillion revenue stream just isn’t going to cut it for Obama’s grand plans).

Obama’s dogmatic addiction to Elizabeth Warren style “tax reform” shows his complete lack of imagination, or innovation. Like most of his “copy and paste” State of the Union address, his latest proposal is nothing more than a recycled progressive scheme to separate capitalists from their capital.

So, if it feels like we’ve “heard this one before”, it’s because we pretty much have.