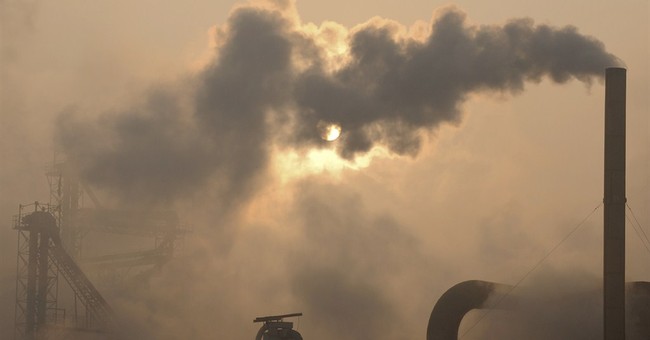 The EPA (that would be the Environmental Protection Agency, for those readers unfamiliar with one of Nixon’s biggest mistakes) has proposed new rules that would essentially outlaw the construction of new coal-fired power plants. To argue that such a rule is needed in order to save the polar ice caps (which have grown by 60% in the last year) or to save the polar bears from being stranded on melting icebergs (also known as Darwinism) would be a stretch. Which, I guess, is why they aren’t arguing as such. In fact, the EPA itself has admitted that the new rules would do little, or nothing, to save the environment.

“The EPA does not anticipate that this proposed rule will result in notable CO2 emission changes, energy impacts, monetized benefits, costs, or economic impacts by 2022,” the EPA writes under the comments section of its proposal. Let me translate this: The new rules will be bad for business, bad for job creation, will provide zero economic, socioeconomic, or social benefit to the community. . . Oh, and we’re not going to even pretend we’re doing this for the planet.

Maybe the EPA just doesn’t like the coal industry.

The admission by the EPA, in a sane world, would be a damning indictment of government’s unnecessary burden on commercial enterprises and economic prosperity. However, as is evidenced the rich volumes of commentary on this site and others like it, we live in a world comically unfamiliar with sanity.

The rule by the EPA will effectively make it impossible to construct – and in some cases even maintain – coal fired power plants; with virtually no promised benefit to the nation or the people that the EPA is supposed to serve. (Well. . . I guess it will help the green energy industry; as if the hundreds of millions in government funds weren’t enough.)

So why then adopt the rules? According to the EPA administrator, Gina McCarthy, the rule is part of an effort to “position the US for leadership” on the global warming issue. Right. . . By implementing useless, and ultimately job-killing, bureaucracy with no intent of “fixing” Al Gore’s imaginary crises. Way to lead, Obama. Way to Lead.

As fundamentally disturbing as it is that the EPA would be willing to kill an entire industry in the name of – well, nothing – it should not be surprising. The latest batch of rules proposed by the EPA are indicative of the progressive’s liberal approach toward governance.

After all, the inappropriately named “Affordable Care Act” is set to kill jobs, increase healthcare costs, and even make coverage less affordable to certain demographics. The EPA has routinely stifled innovation and “progress” in the name of environmental protection, and the Obama Administration has routinely adopted the proliferation of regulations over the economic health of the nation.

That is because, in the end, the EPA rule (like healthcare reform, financial regulation, and tax collection efforts) isn’t really about achieving results. The Progressive elites who are pulling the strings are far less interested in achieving results, than coercing the nation to adopt their world view.

Like most of the bureaucratic mess that emanates from Washington, the EPA has assumed the role of a social engineer. And the Progressive wing in Washington has become so emboldened by the Obama Administration that it is no longer adopting the pretense of protecting the environment.