No Outrage From Environmentalists About Pot 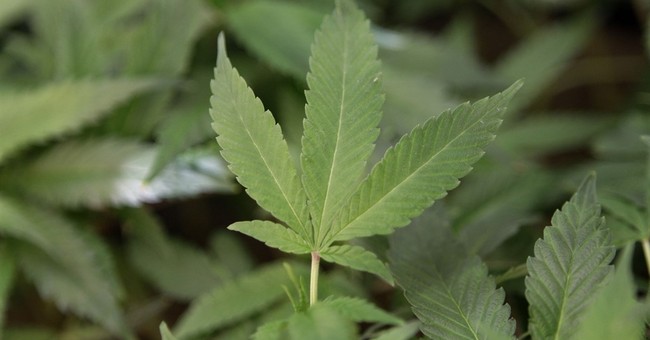 It seems that when the government tries to make good capitalists out of outlaws, many of the outlaw business practices stay the same.

When repeal of the 18th Amendment legalized alcohol in the United States, after 13 years of poorly enforced teetotaling, the Mafia and the Outfit got out of the booze business and left it to the major distillers that had been on the sidelines waiting for sanity to return to a thirsty nation.

That didn't happen in California when the state legalized the sale and production of marijuana, because there were no major agribusiness firms that had ever been part of the tokin' culture. Instead these pot outlaws that had been illegal for years were now legal, but with that old outlaw mentality.

In fact, it appears the growers don't appear to be very mellow at all.

According to an editorial in the Fresno Bee, "Acres of ancient trees are disappearing and illegal marijuana farms are popping up in their place. Streams and rivers are being sucked dry, diverted sometimes miles away through plastic pipes into tanks. Several species of fish, along with a rare breed of wild rodent, are on the verge of extinction."

Evidently this is because when you are an outlaw, it's cheaper to despoil parkland and steal water than it is to buy your own land and your own water.

The Bee puts part of the blame on consumers: "Apathetic consumers seem unaffected by the environmental damage that weed causes. We buy fair-trade coffee and free-range chickens. Where's the outrage about the environmental impact of marijuana?"

But this is confusing. I always thought it was the marijuana consumers who were "free-range" instead of the products.

Naturally the Bee is calling for more "regulation" of growers, but since when is squatting on state or federal parkland legal? To say nothing of diverting water and endangering species.

Can't the same environmental laws that crush homeowners who want to build an addition, farmers who want to spray for pests, developers that want to build on their land or manufacturers that find a dead bird on the property be used to stop lawless former maryjane outlaws?

Wouldn't it make sense to enforce the law already on the books and see if that solves the problem?

Uprooting illegal marijuana fields in parks, confiscating the harvest, seizing bank assets and impounding growing equipment now would do more to restore order now than more "regulation" in the future.

The EPA is filled with environmental law ninjas that honed their skills on unsuspecting, law-abiding citizens. Why not turn them loose on the gangster growers?