The Democrats Win in Indiana 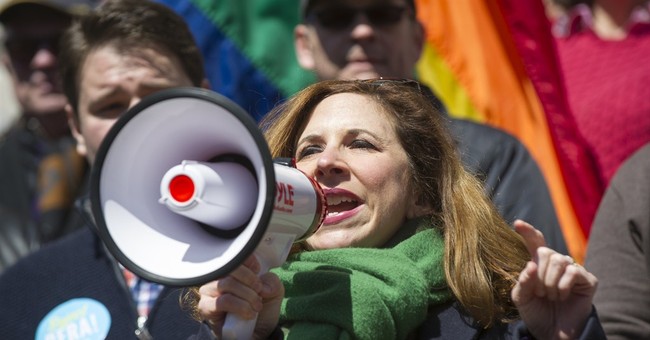 It had nothing to do with the NCAA's Final Four Championship, which is coming to Indianapolis on Saturday.

And despite what you think, it wasn't about gay rights, either.

It was really all about was 2016 presidential politics.

The act was broadly written to protect all citizens of all faiths from being forced by government to do things that violated their religious principles.

It was not written to permit Christians or any other religious group to discriminate against gay people or any other minority. And it had nothing to do with the civil rights of gay people.

What Gov. Pence signed into law was hardly different from the federal law that Bill Clinton signed in 1993 and the laws that at least 19 other states already have put on their books.

That didn't matter to the national media.

Neither did the fact that Democrats never made a peep about the Religious Freedom Restoration Act for 20-plus years - and never saw the need to fix the law until Republicans got in power.

None of the fine print or legal nitpicking pertaining to religious freedom versus minority rights matters to the public now.

The media war of words is over. As usual, Republicans, Pence and conservatives lost. They were whipped in the public relations battle and the political battle, just as liberals hoped.

Pence caved. After the NCAA, the tourist bureau, Angie's List, half the major corporations based in Indiana and everyone else who buys or sells something in Indiana begged him to surrender, he did.

That tough stand he took in defense of Indiana's law with George Stephanopoulos last Sunday on ABC? History. Pence now says he "mishandled" the interview and says the state law needs to be clarified or fixed.

Until the culture war caught Pence and his state legislature off guard and transformed him overnight into the meanest Republican in America, he was seen as a possible dark horse candidate for the GOP in 2016.

The former Congressman had balanced his first two state budgets, cut unemployment rates and was pals with big moneymen like the Kochs.

Some thought the governor could be a worthy compromise for the Republican presidential nomination - or at least a solid VP choice.

It's the usual story. Republicans were again discredited, put on the defensive and embarrassed by the Democrats and their attack dogs in the national media.

Pence, the GOP and conservatives were made to look like they don't believe in freedom of choice or tolerance when it's actually the liberals, the gay lobby and the Democrats who don't believe in either.

The madness in Indiana looked to the public like a battle over the rights of Christians and gay people, but it was really the political version of one of David Copperfield's slight-of-hand magic tricks.

Gay rights was the liberals' distraction for the audience. Their real trick - their larger long-term trick - was inciting their ground troops and creating a polarizing issue that could help Democrats hold onto the White House in 2016.

The other day Rush Limbaugh had a good idea. He said that if he were Gov. Pence, he'd turn the tables on the Democrats.

Rush said Pence should pull his state's version of the Religious Freedom Restoration Act and rewrite it word-for word, period-for period, the way Clinton and then-Congressman Chuck Schumer penned it in 1993.

What would the fair and balanced national media then?