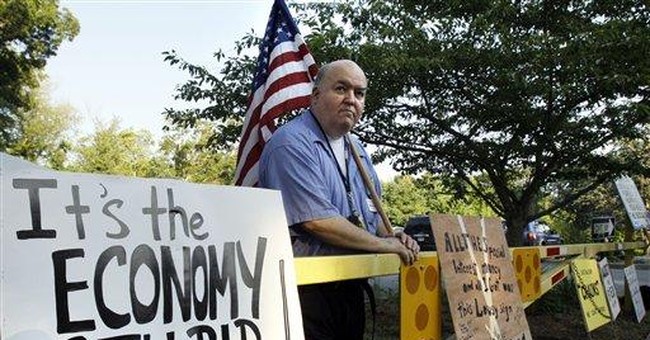 WASHINGTON -- This week, as the health care reform debate reached new levels of divisiveness, the Centers for Disease Control and Prevention reported that America's health system is achieving wonders of longevity. Due to falling mortality in nearly every cause of death, a child born in 2006 is likely to live almost 78 years. This still lags behind some other countries that lack the cultural tradition of the chicken-fried steak. But American life expectancy in 1959 was 70 years. In 1909, it was only 51.

We have technology to thank for much of this gain. But somehow it is difficult to be simply grateful. The same technology that has extended our lives has also complicated them. It has made abortion as trivial as a pill, while revealing the humanity of the unborn child in detailed sonograms. It has added good years to retirement as well as massive expenditures to the final months of life.

We dodge the traffic as best we can at this crossroads of science, medicine and law, accepting compromises that seldom please anyone completely. Abortion remains legal, but citizens generally are not compelled to support it with federal tax dollars. Difficult end-of-life decisions are left to families, advised by doctors and supervised by courts in the hardest cases.

It is increasingly clear, however, that Democratic health reforms would disrupt this rough equilibrium.

Take abortion. The House approach to the coverage of the procedure in federally subsidized insurance plans is presented as a compromise: Abortions would be funded out of the premiums that come from individuals, not money from taxpayers. But this is a cover, if not a con. By the nature of health insurance, premiums are not devoted to specific procedures; they support insurance plans. It matters nothing in practice if a premium dollar comes from government or the individual -- both enable the same coverage. If the federal government directly funds an insurance plan that includes elective abortion, it cannot claim it is not paying for elective abortions.

In fact, any national approach to this issue is likely to challenge the current social consensus on abortion. The House bill would result in federal funding for abortion on an unprecedented scale. But forbidding federal funds to private insurers that currently cover elective abortions (as some insurers do) would amount, as pro-choice advocates note, to a restriction on the availability of abortion. Either way, government will send a powerful, controversial social signal.

The same is likely to be true of end-of-life issues. Talk of "death panels" is the parody of the debate -- hyperbolic and self-defeating. But a discussion about the prospect of rationing in a public health system is not only permissible but unavoidable. Every nation that has promised comprehensive, low-cost health coverage for all citizens has faced a similar dilemma. Eventually it is not enough to increase public spending or to reduce waste. More direct forms of cost control become an overwhelming priority. And because health expenditures are weighted toward the end of life, the rationing of health care often concerns older people most directly.

Keith Hennessey, former director of the National Economic Council, puts the dilemma simply: "Resources are constrained, and so someone has to make the cost-benefit decision, either by creating a rule or making decisions on a case-by-case basis. Many of those decisions are now made by insurers and employers. The House and Senate bills would move some of those decisions into the government. Changing the locus of the decision does not relax the resource constraint. It just changes who has power and control."

Because no one likes to ration directly, nations such as Britain and Germany employ "comparative effectiveness research" to lend an air of science to the process of cost constraint. Are "quality-adjusted life years" worth the public expense of a new drug or technology?

This type of question is unavoidable when resources are scarce and planners take charge. They seek to rationalize the inefficient medical decisions of families, doctors and insurance companies. But the very process of imposing a rational structure gives government extraordinary power. And the approach taken by planners is, by necessity, utilitarian -- considering the greatest good for the greatest number. Decisions cannot be made on a human scale.

On the rough ethical edges of life and death, American health care has adopted messy, inefficient, decentralized compromises that a nationalized system is likely to overturn. Particularly if that system is imposed on a "go-it-alone" Democratic strategy, the divisiveness is only beginning.