The Self-Destruction of LGBT Activism

Michael Brown
|
Posted: Jan 16, 2019 11:30 AM
Share   Tweet
The opinions expressed by columnists are their own and do not necessarily represent the views of Townhall.com. 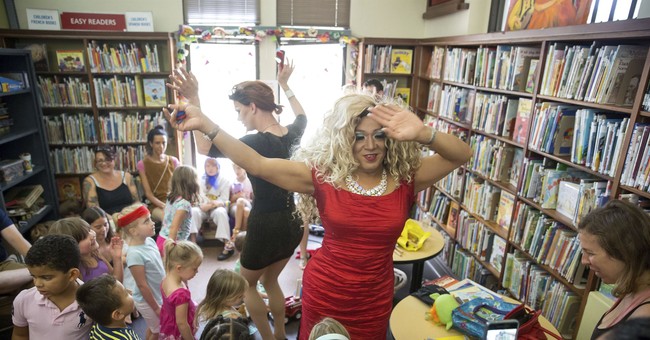 Sometimes, in a debate or a court of law, the best way to let your opponent lose is simply to let him (or her) continue to speak. Soon enough, they sink their own ship. It’s the same with LGBT activism. The more “victories” it gains, the more it exposes (and destroys) itself.

Instead, dominance is the goal and exclusivity the desired result.

In the end, no matter how outrageous the act, how perverse the deed, it must not be condemned. Rather, opposing voices must be condemned.

By default, these voices are wrong, while, in contrast, if the cause is LGBT, by default, it is good and right.

Do you think I’m exaggerating?

Several weeks ago, after an 11-year-old drag queen danced before the admiring patrons in a gay bar, I asked, “Where is the LGBT outrage? Where is the indignation? Where is the outcry?”

To this day, there has been none (at least, not on any wide scale).

The only outrage I saw online was from the boy’s mother. How dare we conservatives find anything wrong with this picture. After all, her boy is a professional. Any opposition to him dancing in drag, in a gay bar, is simply “blatant homophobia.”

We’ve seen the same thing when parents protest against drag queens reading to toddlers in public libraries. There’s something wrong with the parents, we are told. And here comes the ACLU to the drag queens’ rescue.

In the words of ACLU of Louisiana Staff Attorney Bruce Hamilton (I’m not making this up), “These extremists are attempting to usurp the public library for their intolerant agenda.”

Yes, it’s those evil, extremist, intolerant parents. How dare they stop drag queens from reading to their toddlers. Take them to court!

Well, things have now taken yet another, even uglier step, as LGBT activism continues to implode.

A 10-year-old drag queen (just typing this is sickening) was photographed with a naked, adult drag queen for a magazine spread. (The man had just won a Ru Paul drag queen contest.)

Yet even here, there is not a widespread outcry in the LGBT community. Even here – in something utterly deplorable that should be punished by law, be it heterosexual or homosexual in nature – there is no widespread condemnation.

Yet still, even in this horrific case, there is no widespread, immediate, and vocal condemnation from the LGBT community.

How despicable and yet how predictable. If it’s gay, it’s good! Society must change. Goodbye to Puritanical snobbery!

But it doesn’t stop here. The LGBT activist war against children continues.

It doesn’t matter if they suffered sexual abuse, leading to mixed feelings and confusion about their sexuality.

It doesn’t matter if they do not want to be homosexual.

It doesn’t matter if their parents support them. If their church supports them. All meaningless!

The only thing that matters is that gay activists win. And so, it is now illegal for these minors to seek help. Illegal!

What about a 10-year-old girl who believes she’s a boy trapped in a girl’s body? If she wants to get help from a professional counselor and learn to be at home in her own skin, this too is illegal.

But should she want to become a boy, by all means, go for it! A professional will tell her to dress as a boy and use a boy’s name. Then, soon enough, she’ll be put on hormone blockers to stop the onset of puberty. And then, voila, as soon as she’s old enough, a surgeon will remove those nasty breasts.

Yes, that is perfectly legal in states where it is illegal to sit and talk with a trained professional to help resolve gender identity confusion or unwanted same-sex attractions.

This is what happens when LGBT activism wins.

How many more “victories” like this can our families endure?

And remember: We are not talking about forcing a child to go off to some alleged “gay conversion” camp. We’re talking about helping kids who want help.

Soon enough, it will be against the law to help them in New York as well.

And what happens if you dare raise your voice in protest? What happens if you’re the pastor of a “Bible” church and you have the temerity to state what we have always believed, namely, that God made us male and female and that homosexual practice is still a sin?

Just ask Pastor Justin Hoke if you don’t believe me. And then listen to his last message to his congregation, called “Love Warns.”

It is that same love that compels me to speak today: LGBT activism will inevitably destroy itself because it runs contrary to God’s design and plan.

By resisting it, we do what is right – for our nation, for our families, and for the coming generations. And we can resist the agenda while treating our LGBT loved ones, neighbors, friends, and co-workers with grace and kindness.

We are not forcing them to change, but we are differing with their agenda to change our country.

We’ll be called homophobes, transphobes, bigots, Nazis, KKK, monsters, and worse. But what has our silence produced?

It has brought us a 10-year-old boy, dressed as a flaming drag queen, posing with a naked grown man.

I will gladly take the scorn and mockery of my ideological opponents, whom I genuinely love and for whom I pray, rather than remain silent at such a time as this.