Some Moral Reflections on the Mueller, Manafort, Cohen, Trump Affair

Michael Brown
|
Posted: Aug 22, 2018 1:39 PM
Share   Tweet
The opinions expressed by columnists are their own and do not necessarily represent the views of Townhall.com. 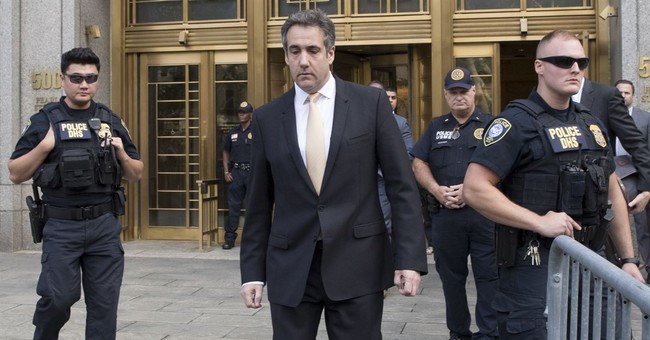 I’m neither a lawyer nor a Washington insider, so I’ll leave the legal wrangling and political theorizing to others. For the moment, though, we really have no idea what the final outcome of the Mueller investigation will be when it comes to the Trump presidency. But there are some observations we can make right now.

1) If you swim with sharks, you might get bit. I don’t know for sure who is telling the truth about illicit campaign payments. Did Michael Cohen come clean at Trump’s expense? Did he lie to cut a deal (which would mean perjuring himself in the process)? Is there another explanation that reconciles the disparate claims of Cohen and the president? Time will tell.

But this much is sure. When you have high-powered, ruthless lawyers doing your bidding, ethics and honesty are not always at the top of your list. “Just get the job done!”

And what happens when a ruthless lawyer becomes your accuser rather than your defender? You can expect blood.

The same holds true when it comes to political insiders like Paul Manafort who know how to play the game. The sword cuts both ways.

Michael Warren wrote in the Weekly Standard, “Far from ‘good men’ and ‘the best people,’ Trump seems to have a penchant for surrounding himself with problematic aides and advisers who are willing to lie and cheat on his behalf. What does it say about the president, who keeps calling the investigations a ‘witch hunt,’ that he keeps finding himself in the company of witches?”

But while it’s bad enough to do this as a private citizen, it gets far worse when your previous peccadillos can be held against you when running for president. Talk about a giant magnifying glass. Talk about the possibility of blackmail and payoffs.

Again, we don’t know which details are true and which are not. But it’s clear that there would be less hanging over the president’s head if his past was cleaner. (There’s a good lesson here for all of us.)

3) Hell hath no fury like that of a scorned FBI director. As former FBI director James Comey revealed when testifying before Congress, upon being fired, he leaked information to a journalist, whose reporting ultimately led to the launching of the Mueller investigation. As he said, “My judgment was that I needed to get that out into the public square” with the hope that “I thought that might prompt the appointment of a special counsel.”

This means that the Mueller investigation, with its massive shadow cast over the Trump administration these many months, would never have happened had Comey not been fired.

Did he deserve to be fired? Was he rogue? Was he undermining the president in dangerous ways? There are many opinions, and in the end, only God knows how Comey would have performed under Trump. But this much is clear. If you can make peace with your enemies, you should do so.

As Jesus taught in the Sermon on the Mount, “Come to terms quickly with your accuser while you are going with him to court, lest your accuser hand you over to the judge, and the judge to the guard, and you be put in prison. Truly, I say to you, you will never get out until you have paid the last penny” (Matthew 5:25-26).

When the investigation was launched, I remember Rush Limbaugh commenting that Mueller will find some dirt somewhere, since he has been given a free hand. It’s similar to an IRS audit. Somewhere, a missing receipt will be revealed or a minor expense wrongly categorized.

Here too, dealing with the types of people with whom Trump has worked, dirt was going to be revealed. But does it impugn the president? We shall see.

So, as the dirt is flying everywhere, let’s keep our perspective on the larger question of Russian collusion. There’s still no hard evidence that it happened, but the jury is out until more comes to light.

Returning to the larger picture of the Trump presidency, there’s no way to predict how this will play out. Will the charges rally his base? Will his opponents overplay their hand? Can Cohen be trusted? Can Trump? Can anyone inside DC?

Two things are abundantly clear with the Trump presidency. First, truth is much stranger than fiction. Who would have scripted the last 36 months? Second, the cleaner your morals and the better your company, the less skeletons in your closet. Those skeletons have a bad habit of coming back to haunt you.