Should Christian Leaders Stay Out of Politics?

Michael Brown
|
Posted: Dec 14, 2016 10:08 AM
Share   Tweet
The opinions expressed by columnists are their own and do not necessarily represent the views of Townhall.com. 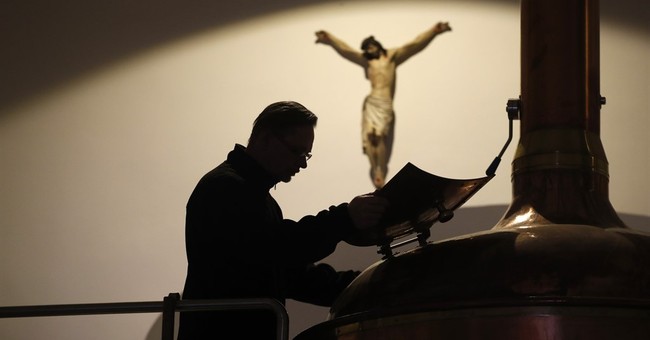 I have had to address this question myself, since I might be preaching in a church service one day, teaching in a Bible school the next, and then talking politics on the radio the next (or, sometimes, doing all three in one day). How should we conduct ourselves as religious leaders?

If Donald Trump as president keeps his word and successfully repeals the Johnson Amendment, which has greatly muzzled religious political speech, this question will become all the more relevant for Christian leaders in America.

What exactly is our role?

It so happened that on the same day, in response to the same article, some old friends expressed their disapproval of my commenting on political issues. One posted on Facebook, “I remain disappointed that you continue to focus on politics Mike. Your mandate is higher! God’s purpose for you and Christian leaders is [God’s] Kingdom not this world. Leave that to others!”

Another emailed, asking, “Are you sure you want to cross over to being a daily political commentator, rather than speak primarily to spiritual issues?”

Neither of these men are critics, and both wrote in friendly tones, but the thrust of their message was clear: To write political commentaries is to detract from my higher, spiritual calling.

I’m confident they would say this to other spiritual leaders as well.

In stark contrast, I hear from readers and listeners on a regular basis who thank me – sometimes with tears – for addressing moral, cultural, and political issues, in particular, for doing so as a follower of Jesus who uses the Bible as his grid.

One man posted on Facebook, that during the elections, “The only media voice I listened [to] for counsel was Dr. Brown.”

Some point to Jesus’ comment in John 18 when He said to Pilate shortly before His crucifixion, “My kingdom is not of this world” (John 18:36). If it were of this world, He explained, then His servants would have been fighting for him not to be delivered up to His captors.

But in saying this, Jesus hardly meant that we should not be involved in the affairs of this world. After all, feeding the hungry and clothing the poor and educating our children and working our jobs are all “of this world.” Should we stop doing these things and simply go on a mountaintop to pray, waiting for the Lord’s return? (Of course, we’d soon have to figure out how to get food and where to sleep – all issues of this world.)

In reality, what Jesus was saying was this: “My kingship does not derive its authority from this world’s order of things. If it did, my men would have fought to keep me from being arrested by the Judeans. But my kingship does not come from here” (Jn. 18:36, CJB).

What about Philippians 3:20, where Paul wrote that “our citizenship is in heaven, and from it we await a Savior, the Lord Jesus Christ” (ESV)?

Interestingly, it was this same Paul who, at strategic times, invoked the fact that he was a citizen of Rome, assuring that he would receive better treatment than a common criminal (see, for example, Acts 16:35-39; 21:37-39).

His point in Philippians 3 had to do with those who lived with a fleshly, earthly carnality (see Philippians 3:18-19), and he was saying to his readers, “You are not like them! You are a heavenly people living in this world.”

In the same way, Peter wrote, “Dear friends, I warn you as ‘temporary residents and foreigners’ to keep away from worldly desires that wage war against your very souls” (1 Pet. 2:11, NLT).

We are passing through this world, and it is not our eternal home, so we must not get entangled with worldly, carnal desires, which war against our souls. We should be above such things.

But that doesn’t meant that we don’t fight against injustice or champion the cause of the needy, nor does it mean that we remain silent on important political and social issues.

I can’t tell you how many times readers and listeners and viewers have talked with me after hearing me speak – again, often with tears in their eyes – thanking me for addressing the divisive cultural issues of the day. These are issues they live with every day – in their homes, in their schools, in their places of business, and they are frustrated when their pastors and teachers fail to give them spiritual guidance to help navigate these troubled waters.

And this is not just happening in the States. During my annual trip to India earlier this month, pastors in Mumbai specifically asked me to address LGBT issues, while in other international trips in the last few years, Christian leaders in the government have met with me privately (or publicly), asking for input on these same pressing social issues. They want to know what they can do as believers to make a positive impact on their society, and that includes the realm of politics and government.

Of course, we can get involved in politics in a partisan way, becoming appendages of a particular political party, which is a real mistake. And we can easily get caught up in a divisive, immature political spirit, which is quite destructive, or we can become obsessed with politics, which would distract us from our larger calling.

That’s one reason that, on my radio show, we devote certain days to theology and Bible study, while I spend much of my time teaching and preaching in churches and conferences – and not talking about politics.

But there’s nothing stopping us from walking in the Spirit, maintaining an eternal perspective, and constructively addressing the political realm. In fact, it behooves us to do so, as long as we don’t neglect our primary calling of preaching and teaching the Scriptures. The Church needs us to do it and the society needs us to do it.

I’m confident that I am not alone in sensing that it pleases God and helps His people when we, as ministry leaders, bring the Word of God to bear on every area of life, politics included.