The Book of Proverbs and a Winning Strategy for Candidate Trump

Michael Brown
|
Posted: Aug 18, 2016 12:01 AM
Share   Tweet
The opinions expressed by columnists are their own and do not necessarily represent the views of Townhall.com. 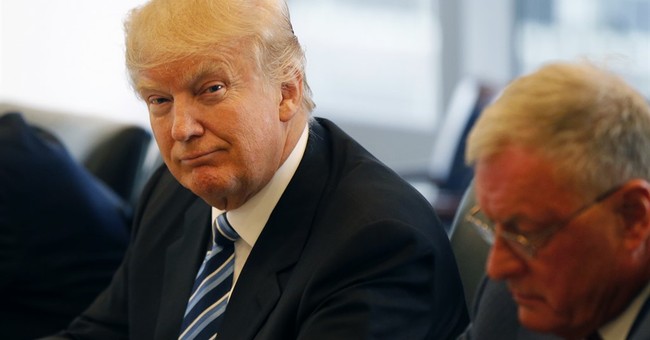 I’d like to offer you some free advice that will almost certainly guarantee your victory in the November elections. In fact, if you put into practice what I’m about to share with you, you could become a fine president as well. It will only take you about 15 minutes a day.

Do I have your ear?

We both know that, for the most part, a political campaign is a battle of words. Words spoken on the campaign trail. Words exchanged in a debate. Words sent out via social media. Words that run in a TV ad. Words that are printed in newspapers and online.

Wise words will win a campaign and foolish words will destroy a campaign – I’m not telling you anything you don’t know – and so it makes sense to see what God has to say about the words we speak. And since you’ve openly stated that the Bible is your favorite book, I want to point you to the book in the Bible that has the most to say about the power of words.

I’m talking about the Book of Proverbs, which actually states that, “Death and life are in the power of the tongue, and those who love it will eat its fruits” (Prov. 18:21).

So, here’s my counsel: Start every day by reading one chapter from Proverbs out loud, together with your closet staff or family or advisers, if possible. Then note what Proverbs says about wise people and fools, examine your conduct and your words in light of what you read, and then ask God for wisdom.

There are 31 chapters in Proverbs, which means you’ll be reading it about once a month, and every day, as you read, ask yourself this question: “Am I acting like a wise man or a fool?”

Let me give you some examples of how beneficial it is to listen to the wisdom of Proverbs.

What if you had read this verse right after you were attacked on national TV by Khizr Khan at the DNC? Obviously what he said upset you, and you felt personally insulted.

What does a foolish person do? That person shows his annoyance at once.

What does a wise person do? That person overlooks an insult.

And what would have been a good way to respond to Mr. and Mrs. Khan? Proverbs 15:1 says, “A soft answer turns away wrath, but a harsh word stirs up anger.”

You could have tweeted out, “As a fellow-American, I mourn the loss of Mr. and Mrs. Khan, I celebrate their son’s sacrifice, & I call on them to stand with me in fighting radical Islam.”

And if you wanted to add (with a smile), “And thanks for the offer of a copy of the Constitution, but I have a few copies myself, and we agree it’s a great document.”

These proverbs are pretty wise after all!

Here’s some more free counsel from this important book.

Proverbs 17:27 says, “Whoever restrains his words has knowledge, and he who has a cool spirit is a man of understanding.”

There are times when silence is better than speech (the very next verse actually says, “Even a fool who keeps silent is considered wise; when he closes his lips, he is deemed intelligent”), and at all times, a cool head must prevail.

That’s why Proverbs repeatedly warns against being short-tempered, stating, “Whoever is slow to anger has great understanding, but he who has a hasty temper exalts folly” (Prov. 14:29).

Put another way, someone with a hasty temper is holding up a sign for the whole world to see, stating in big bold letters, “I AM A FOOL.”

You might think that your sharp responses show your toughness or display your Alpha male traits, and many in your audience might love your retorts too. But for the general public, they degrade you more than they degrade your opponents.

You can be strong, decisive, forceful, and persuasive without making a fool out of yourself in the process. Why give your opponents free ammunition?

Often, when people come to us with constructive criticism, we reject it because of our pride. “How dare you tell me I’m wrong!” That’s what fools do.

But a truly wise man welcomes constructive correction and input. It only makes him wiser. And since you have surrounded yourself with many fine, godly Christian counselors, you do well listen to their words. As Proverbs also states, “for with guidance you wage your war, and with numerous advisers there is victory” (Prov. 24:6, NET).

So, here’s your winning strategy in a nutshell. Learn to live by the wisdom of Proverbs, and you’ll make a great president. Scorn it, and you’ll only have regret.